10 Los Angeles Temple Pictures You May Not Have Seen Yet 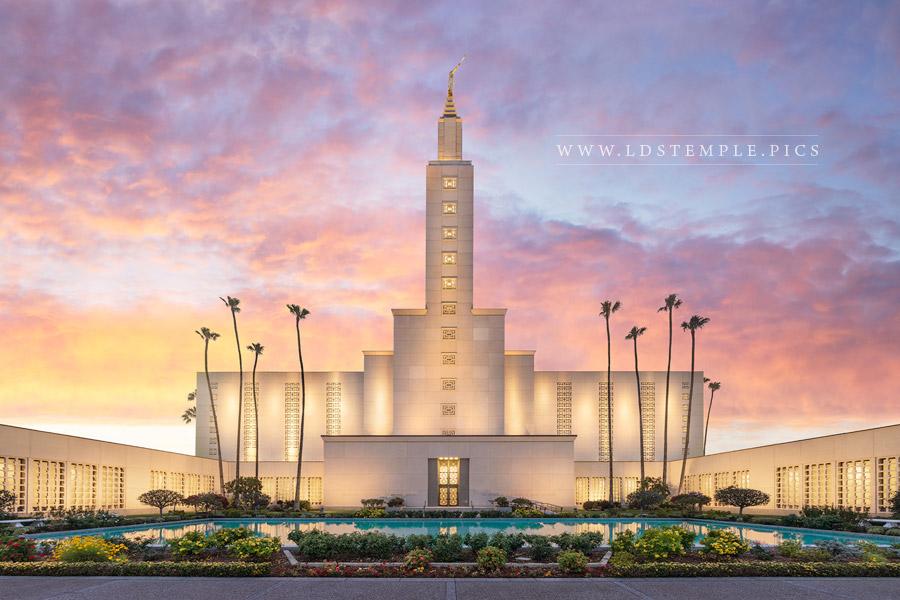 10 Los Angeles Temple Pictures You May Not Have Seen Yet

(Feature photo can be found here: Los Angeles Temple – Glory To The Highest by Rory Wallwork)

Standing strong as the 2nd largest temple in the world, the Los Angeles California Temple stands 257-feet tall atop a hill above the famous Santa Monica Boulevard in Westwood. The spacious grounds are filled with an amazing array of foliage. The various trees include Canary Island Pine trees, a variety of palm trees, Bird of Paradise trees, olive trees, and rare Chinese Ginkgo trees. On the grounds are two fountains, a large reflecting pool, and several family-themed statues. North of the temple, there is also a public visitors’ center north of the temple that showcases a representation of Thorvaldsen’s Christus statue and also houses the popular Los Angeles Family History Library. And as you’ll see in the final image of this post, the temple grounds are lit up at Christmastime when thousands of lights decorate the numerous trees and features surrounding the temple.

Before we share these beautiful temple pictures with you, here are a few facts about the Los Angeles Temple that you may not know: 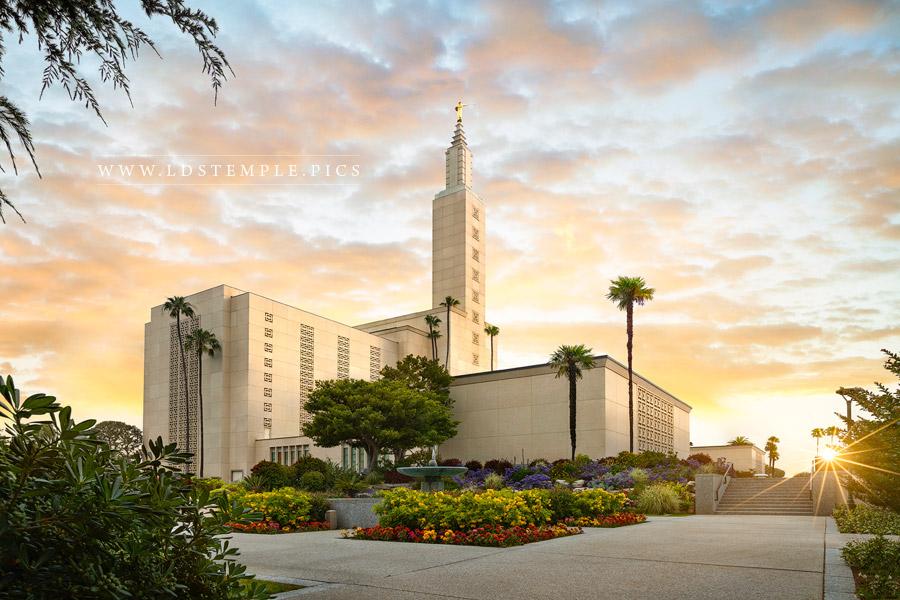 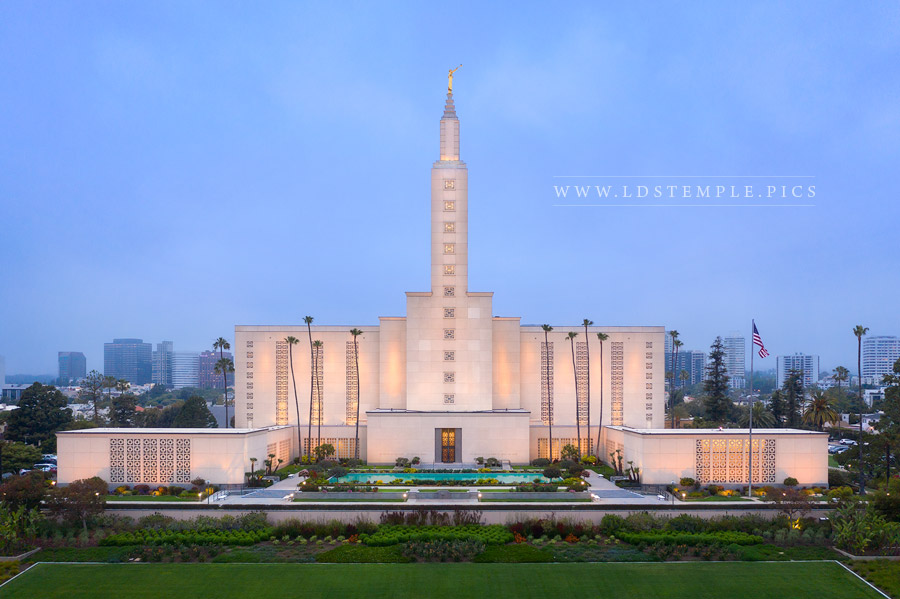 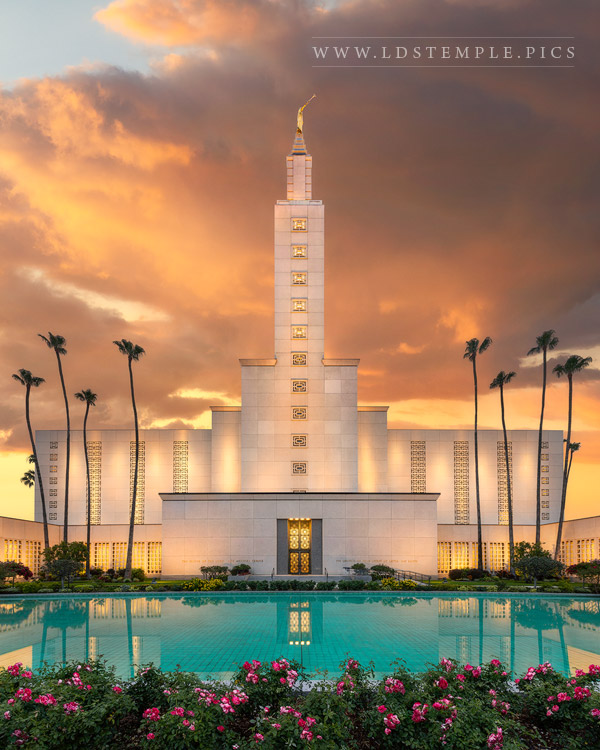 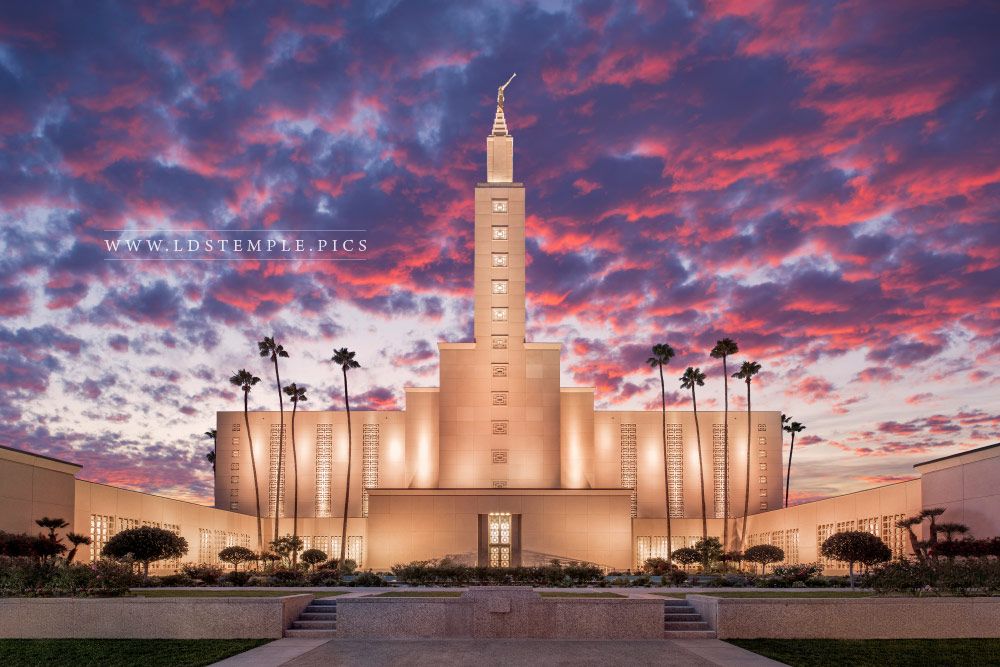 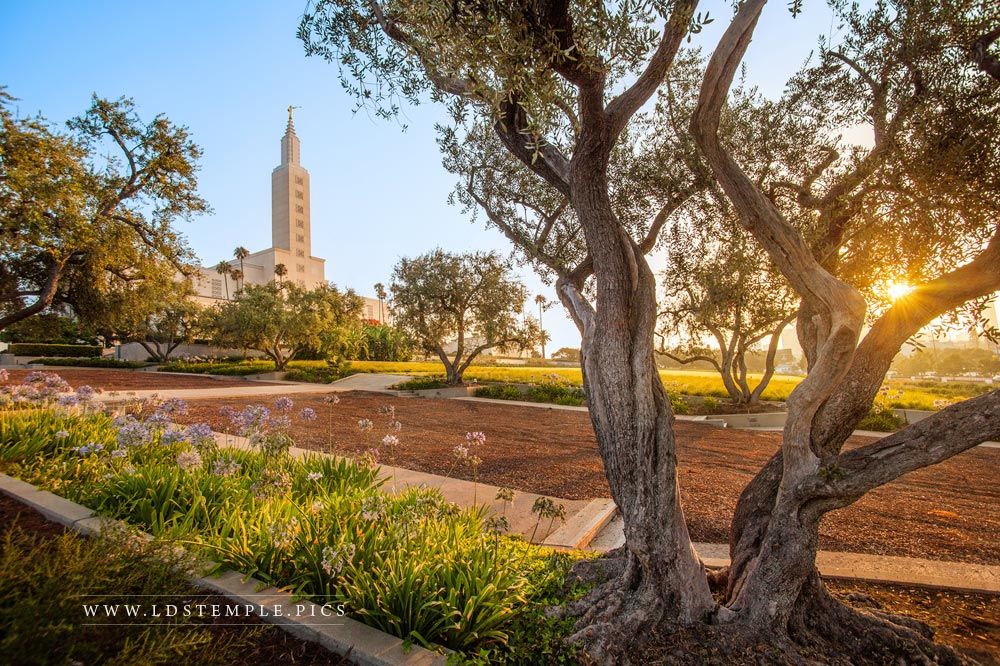 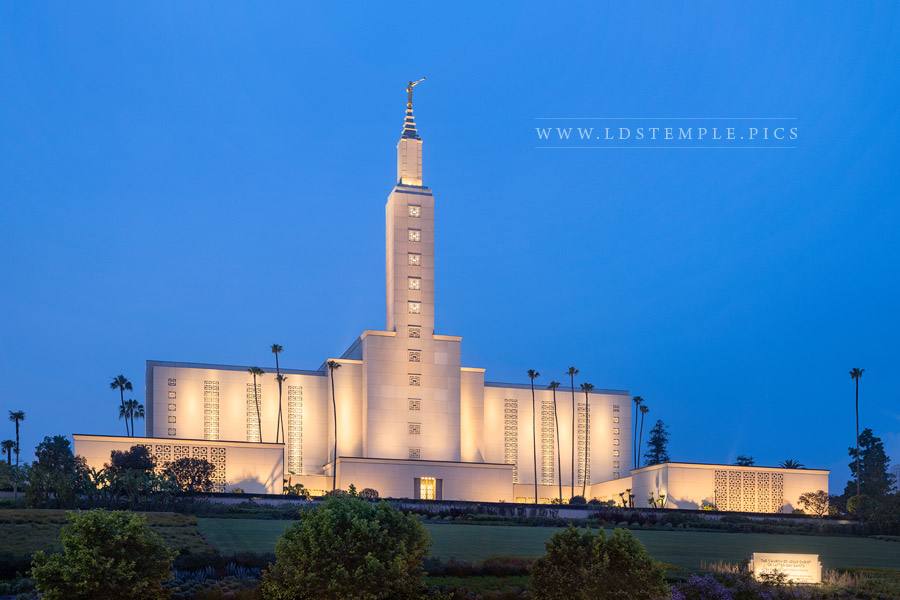 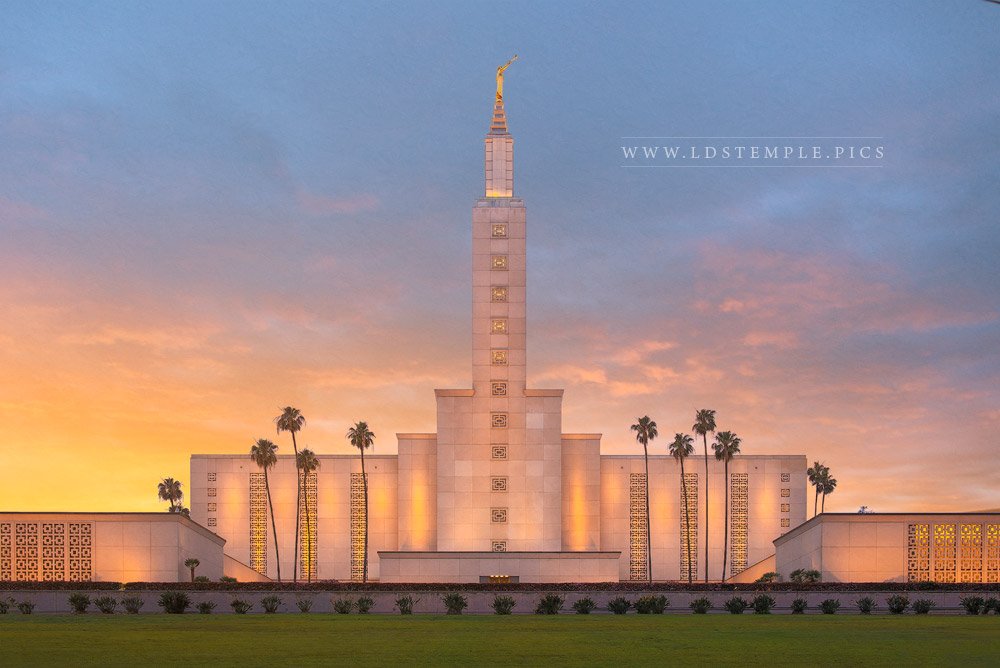 Los Angeles Temple – Glory to the Highest by Rory Wallwork 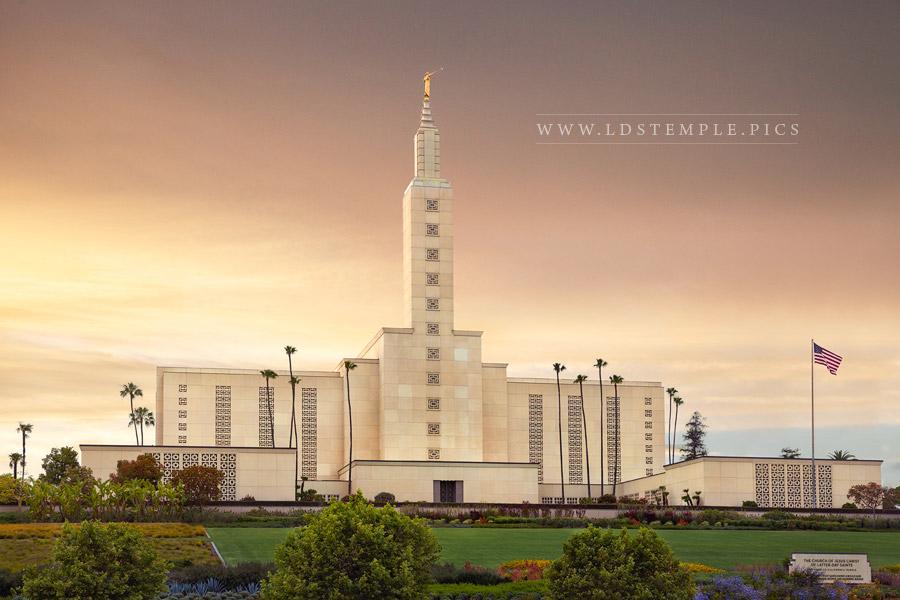 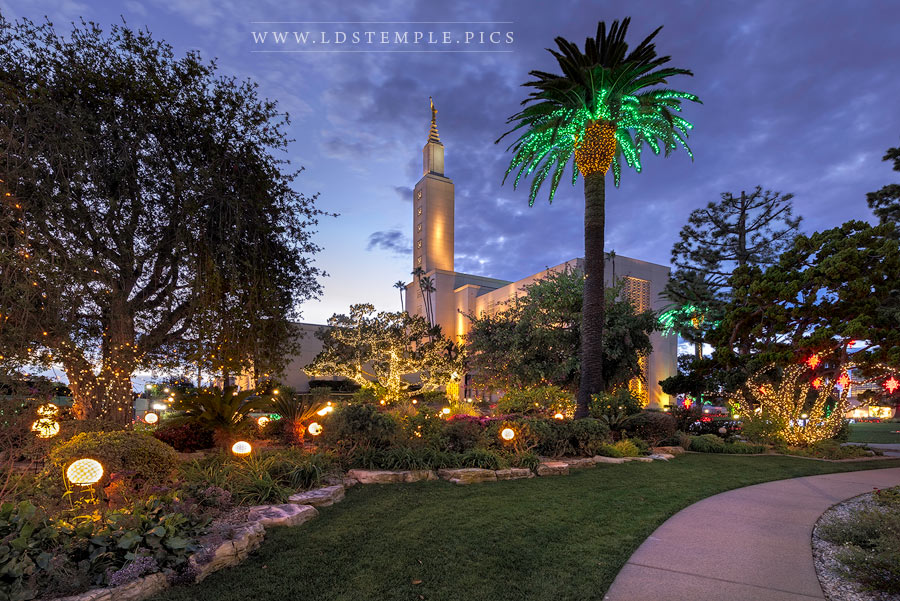 All of these beautiful Los Angeles Temple pictures are for sale. You can find photo prints, canvas wraps, and framed photos in a large variety of sizes. If one of these above pictures caught your eye, just click on it! 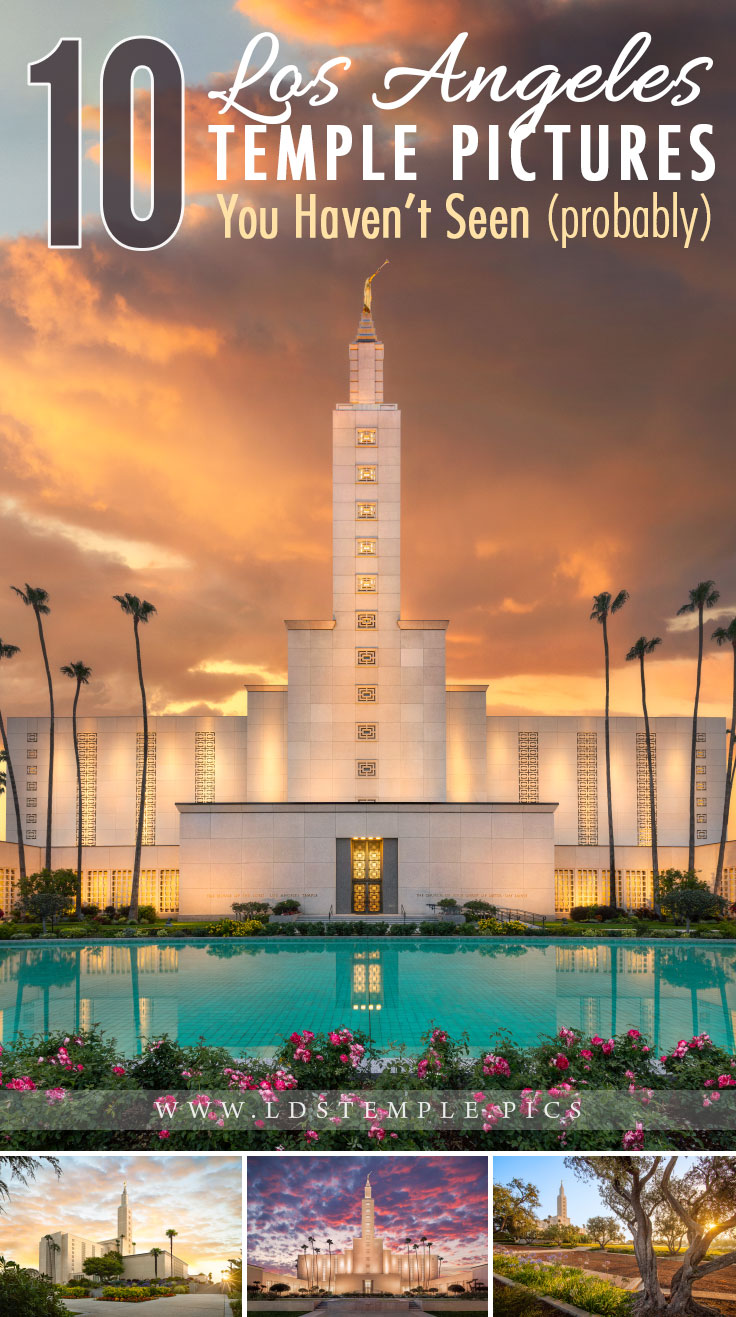