10 Pictures of the Raleigh Temple You May Not Have Seen 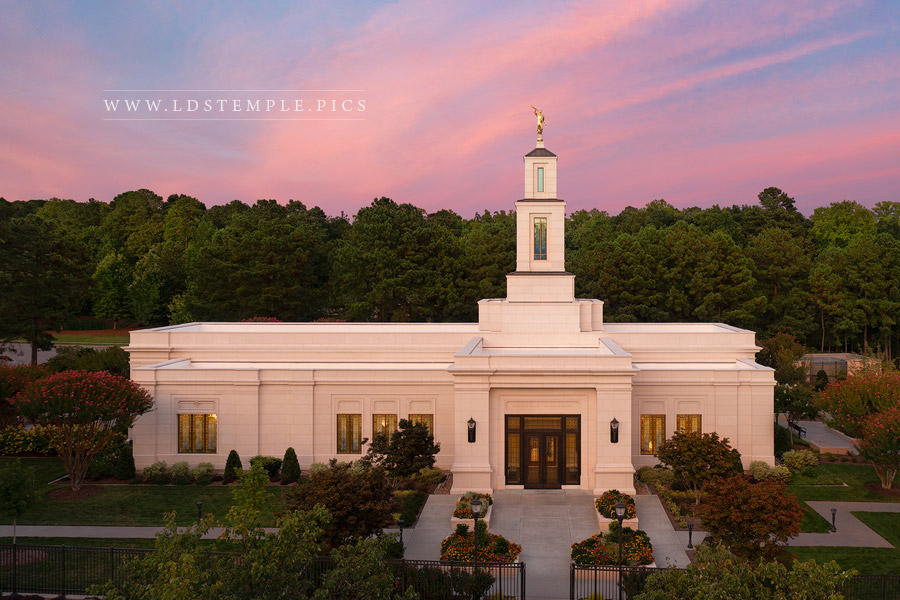 10 Pictures of the Raleigh Temple You May Not Have Seen

The beautiful Raleigh North Carolina Temple is nestled among a local forest and evergreen trees in the suburban Wake County community of Apex. The temple, now clad in wonderful beige-colored limestone, is a peaceful retreat, and the gardens and trees that it is encompassed by only add to the peacefulness. Adjacent to the temple is also a meeting house for local members.

The Raleigh Temple closed on January 7, 2018, for extensive renovations. During the remodel, crews upgraded the mechanical and electrical systems, made spaces ADA compliant, moved windows and doors to accommodate minor floor plan changes, enclosed the entrance canopy, and raised the height of the steeple by 10 feet. The renovations changes the entire look and design of the temple, and it continues to be a beautiful addition to the area and a blessing for Latter-day Saints. After the renovations were completed, the temple was rededicated by President M. Russell Ballard, acting president of the Quorum of the Twelve Apostles.

Before we share these beautiful temple pictures with you, here are a few facts about the Raleigh Temple that you may not know: 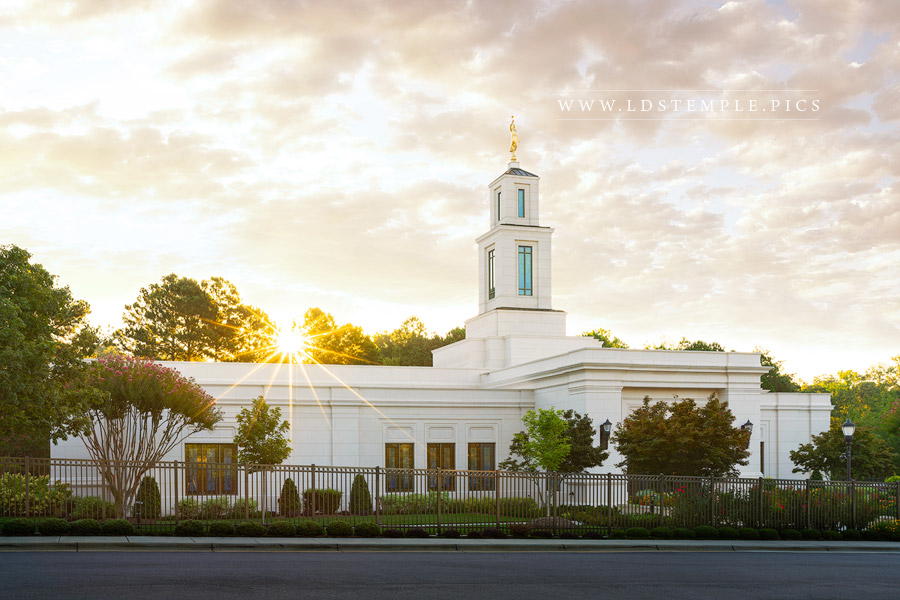 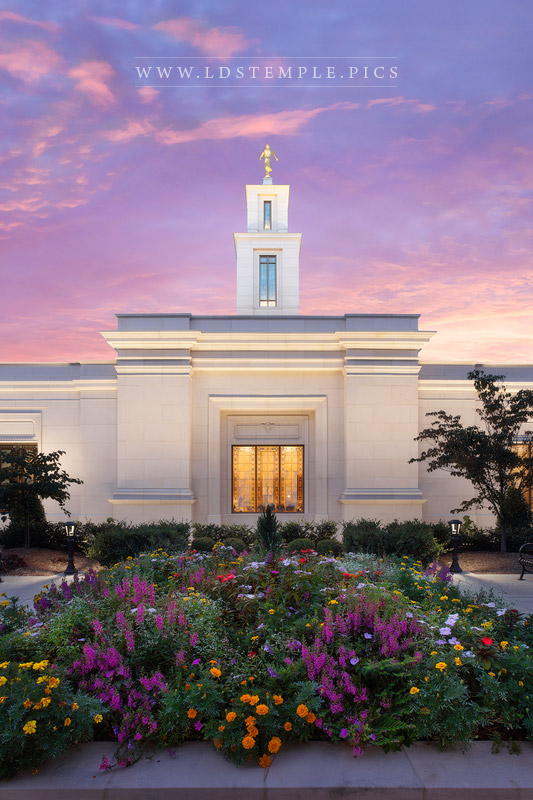 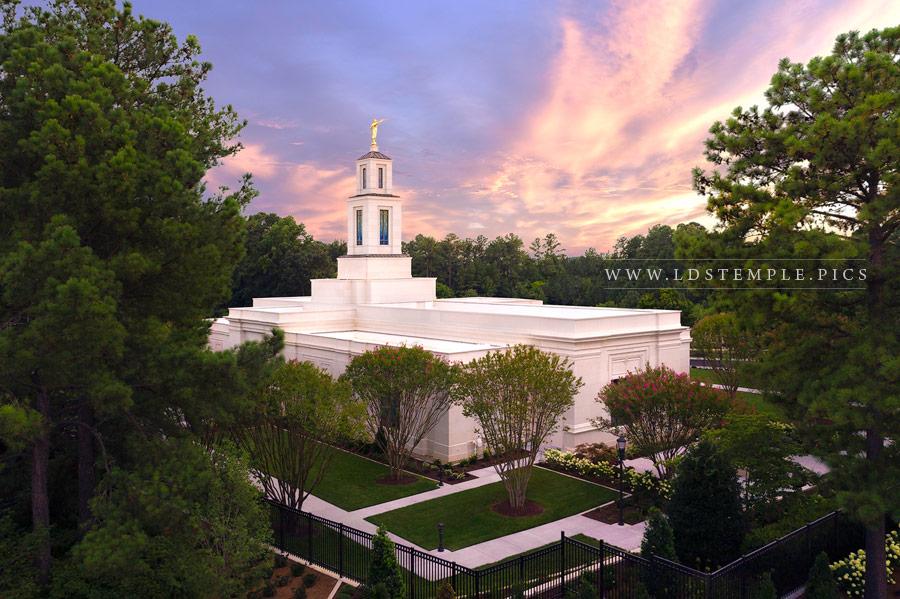 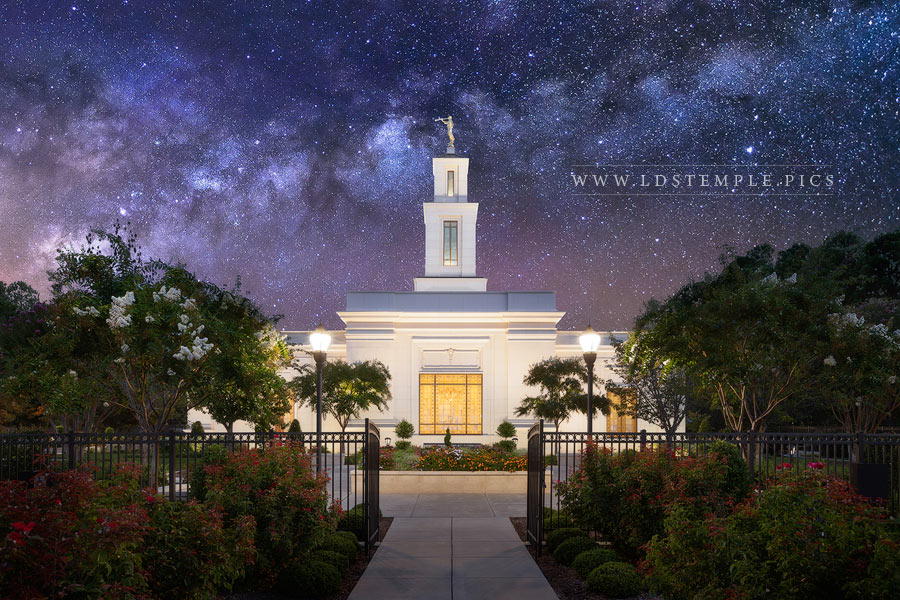 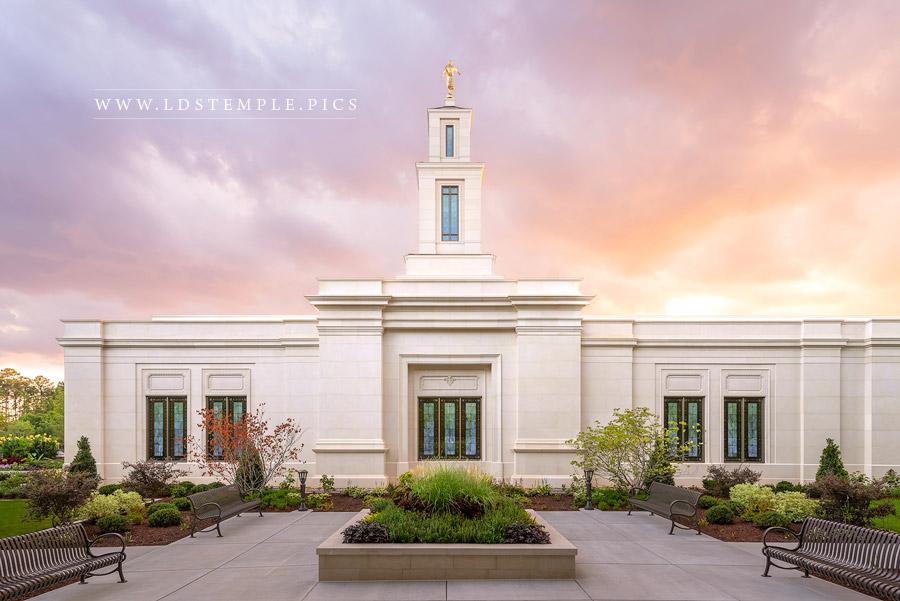 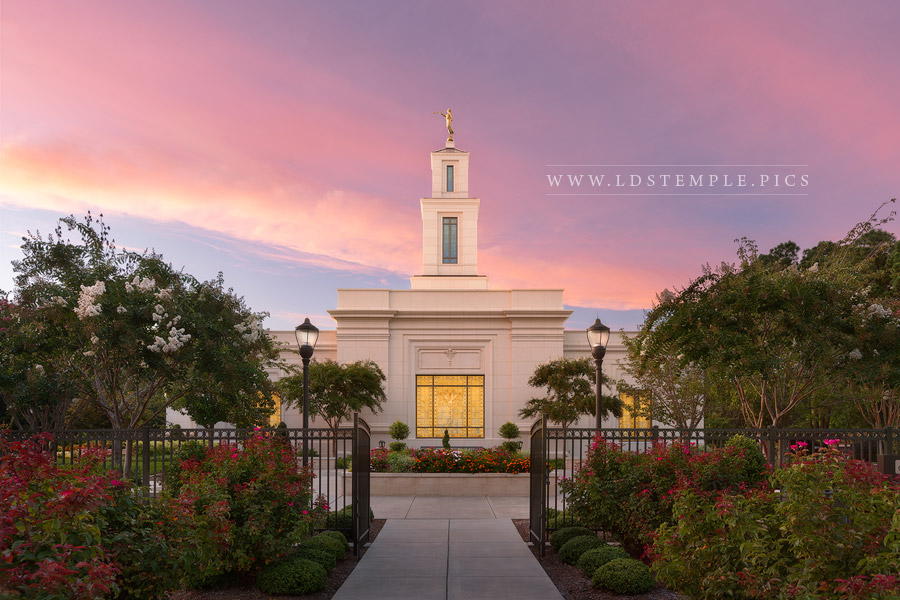 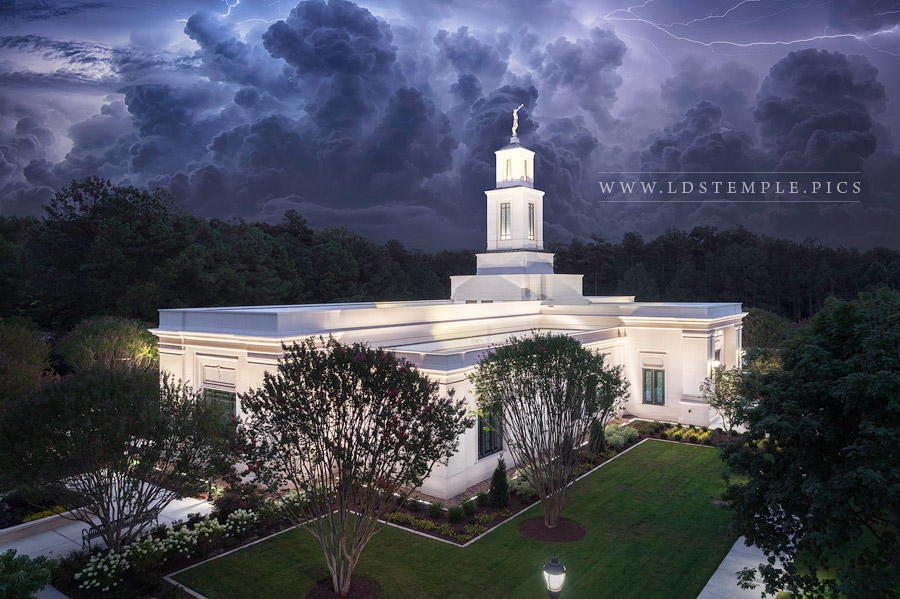 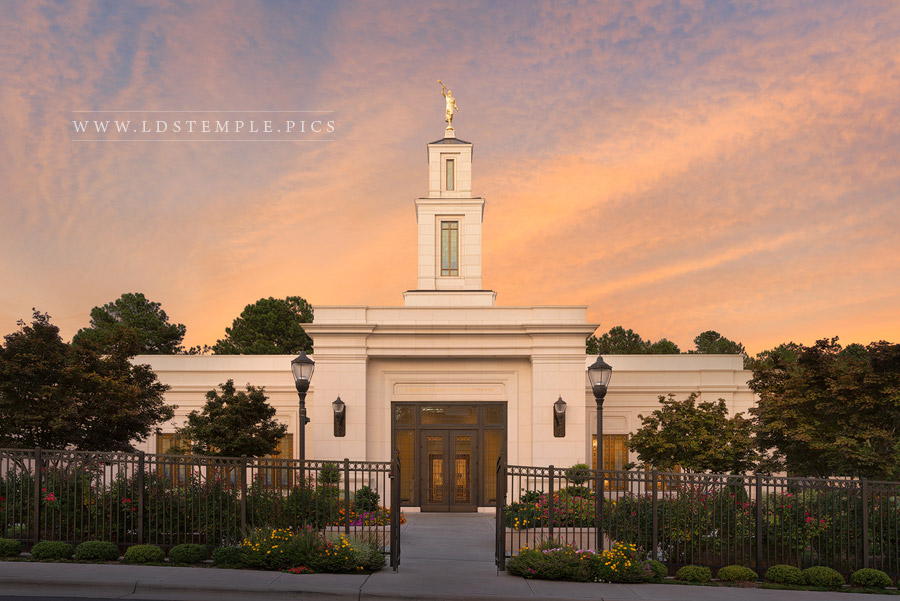 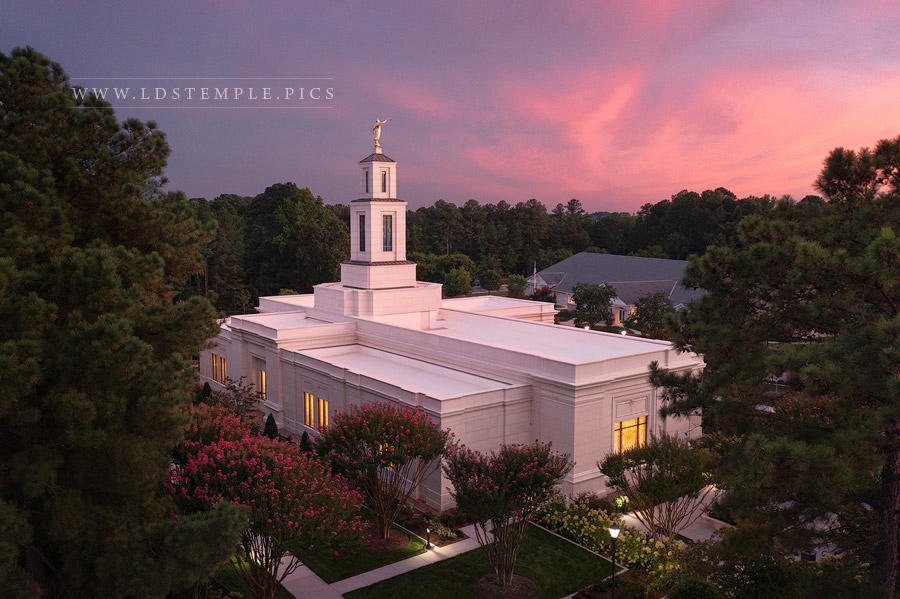 All of these beautiful Raleigh Temple pictures are for sale. You can find photo prints, canvas wraps, and framed photos in a large variety of sizes. If one of these above pictures caught your eye, just click on it! 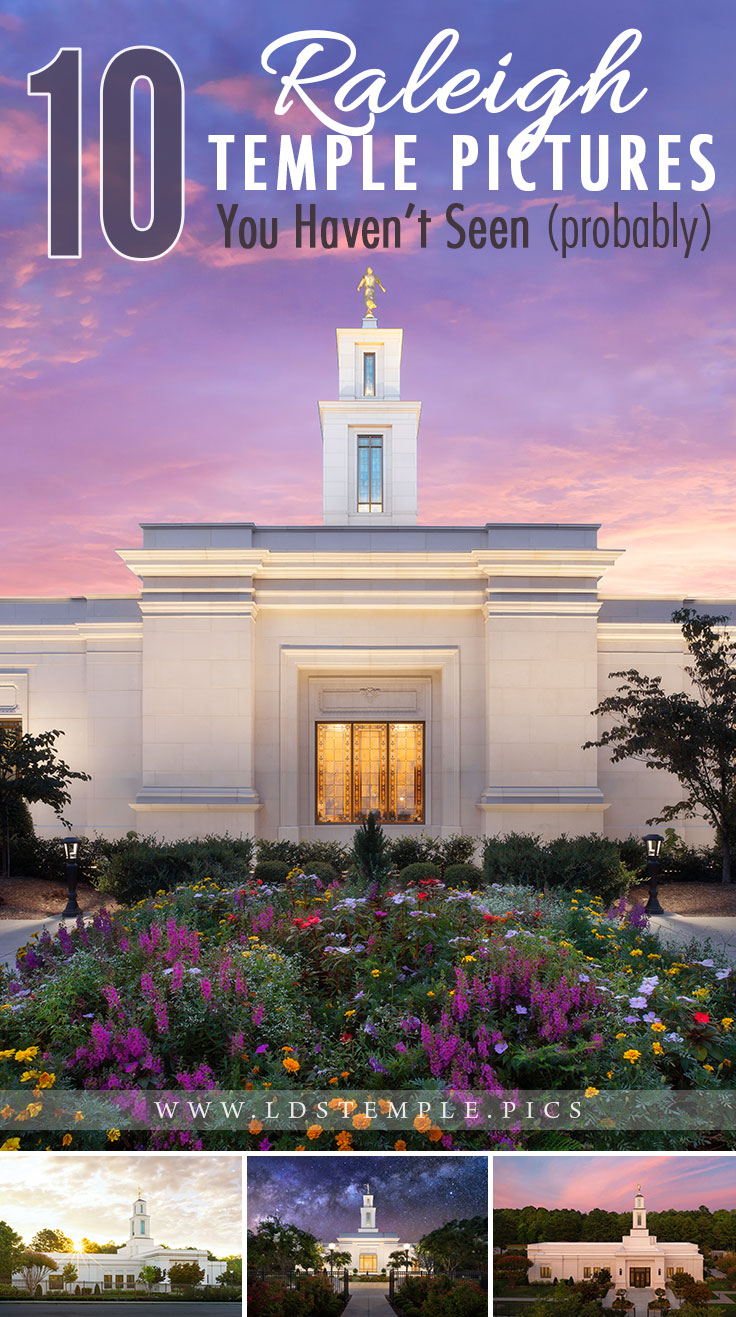