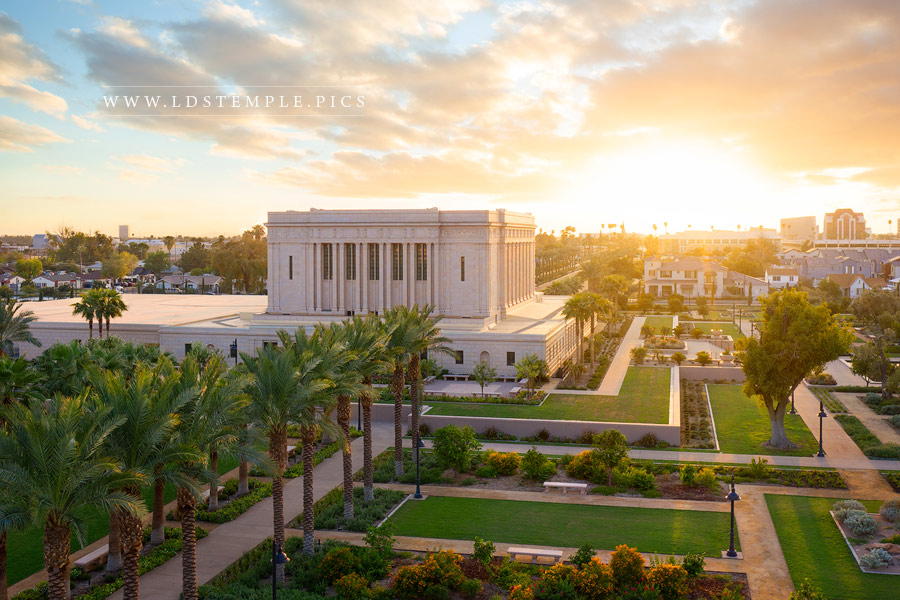 Surely many Latter-day Saints in the Mesa area of Arizona are excited for the public open house and rededication of the Mesa Arizona Temple. The temple underwent extensive renovations for two years, starting in May 2018. The renovations were completed on time in 2020. However, as the entire world is aware, we were struck by the Covid-19 pandemic, which postponed the open house and rededication until this year. Now the public open house is set to take place in a couple of weeks, starting on October 16th and running through November 20th. The temple will then be rededicated on December 12, 2021. If you’d like to attend the free public open house (which we highly recommend!), you can find out more information and reserve a spot here.

The extensive remodeling and renovations included both the temple itself and the surrounding grounds and area. While the temple overall looks very much the same, with a few exceptions, as you’ll see in the pictures below, the temple grounds now look quite different. They’re now more consistent with the character of the landscape design immediately around the temple. The visitors’ center and water feature on the temple’s north side has been replaced with a new reflection pool and side gardens, with a vastly different and more generous view towards Main Street. The large palm trees scattered around the grounds have been removed, and many smaller palm trees now line the pathways to the east and west of the temple. The changes are not at all subtle, but the grounds are still as peaceful and beautiful as ever.

Below are twelve brand new pictures of the Mesa Temple and the surrounds grounds that were captured recently by Utah photograph Rory Wallwork. Hopefully you enjoy them as much as we do! 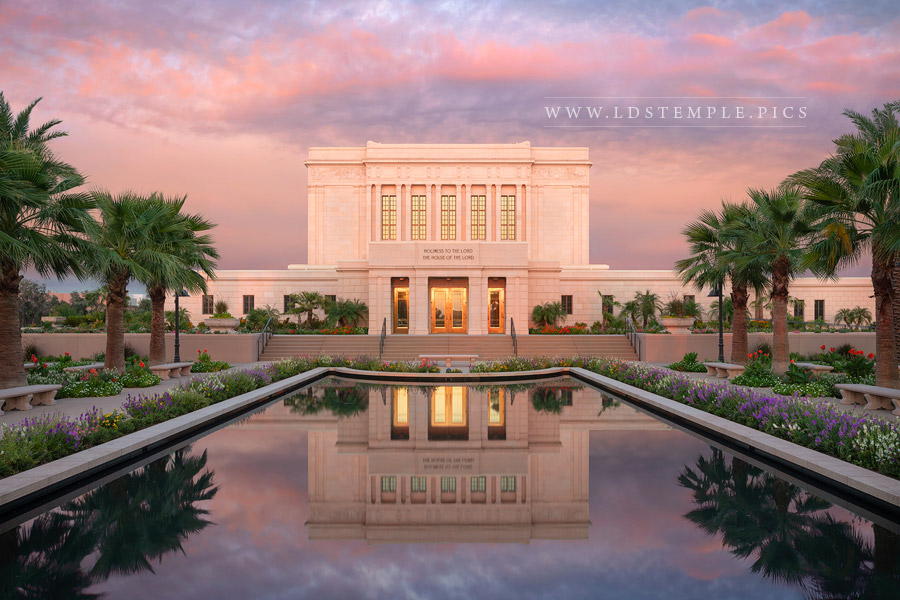 Mesa Temple – The Fire Within by Rory Wallwork 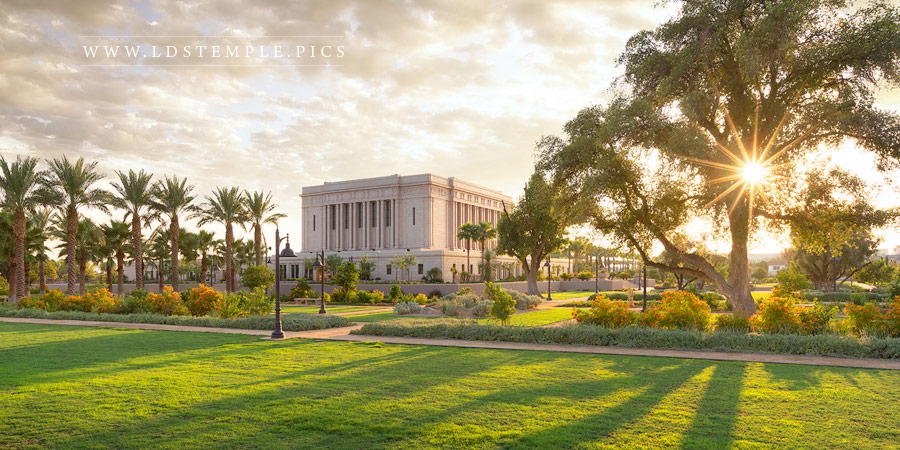 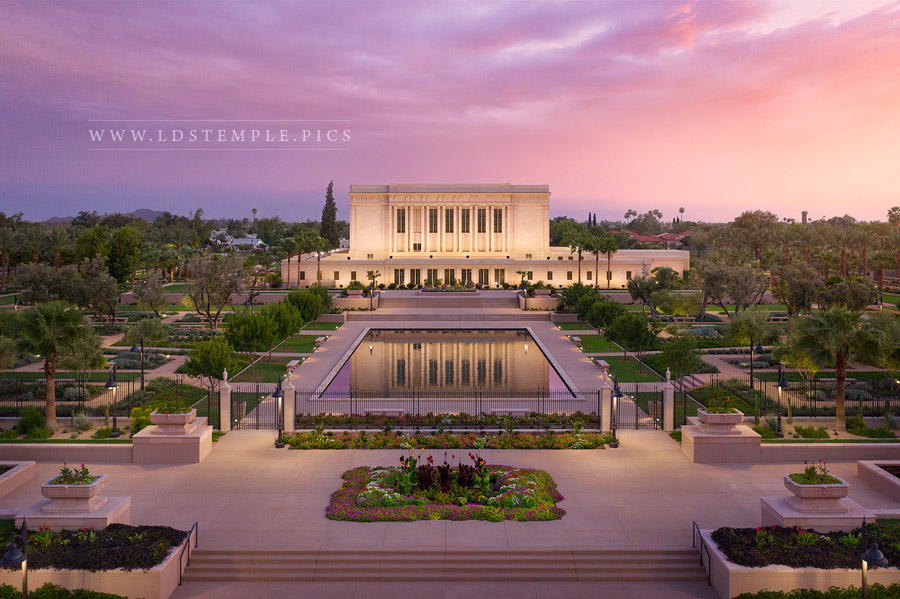 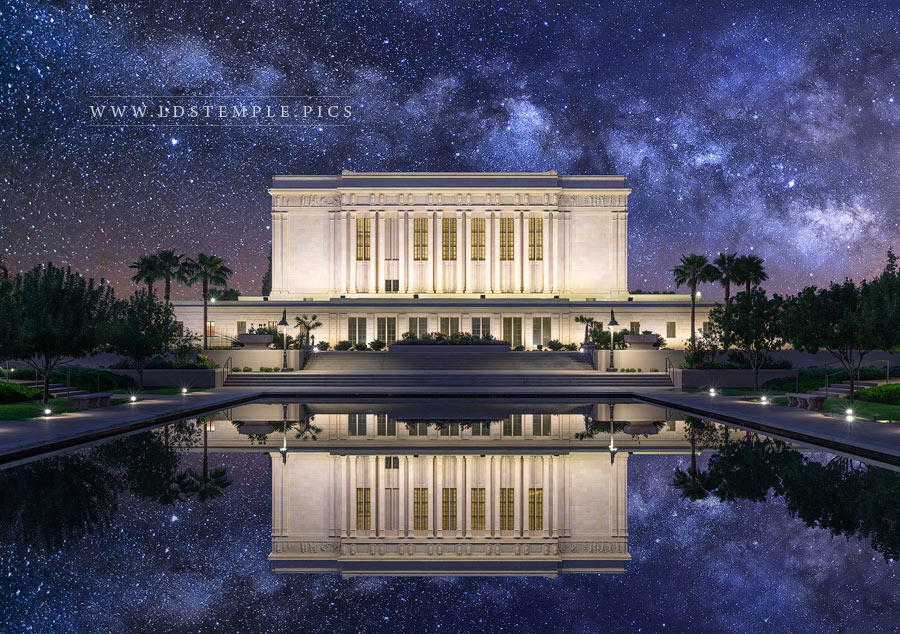 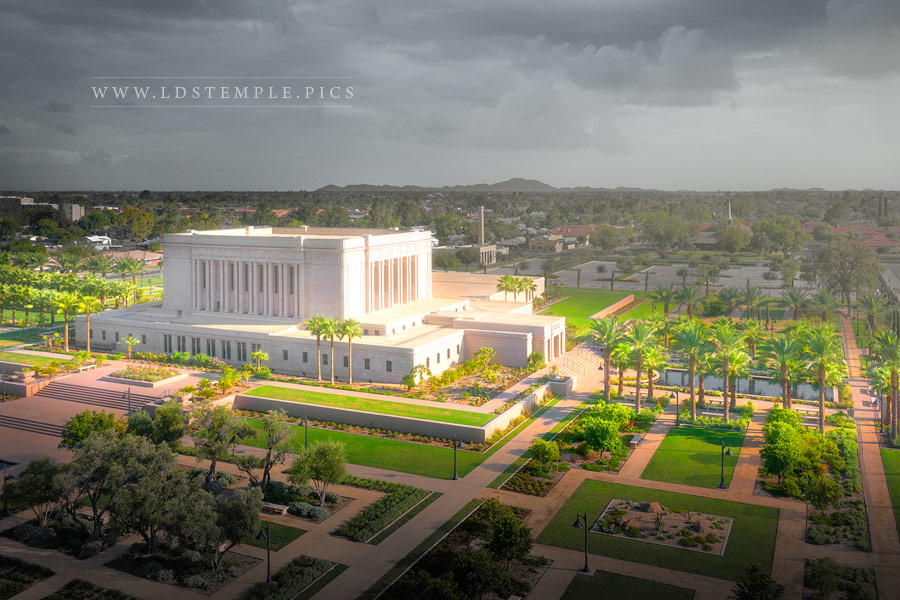 Mesa Temple – A Place of Refuge by Rory Wallwork 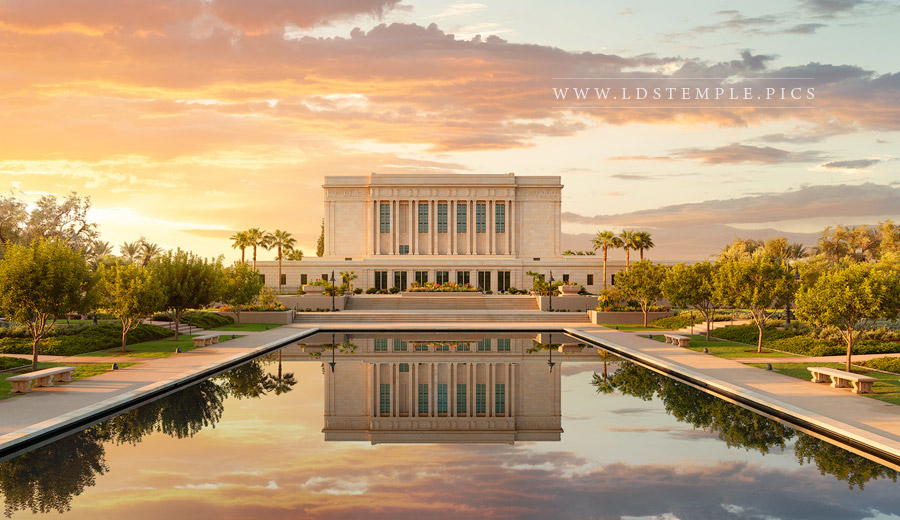 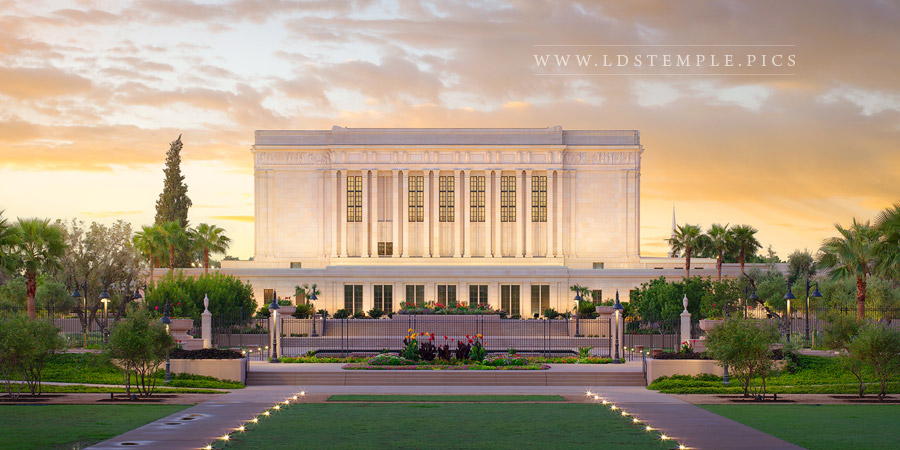 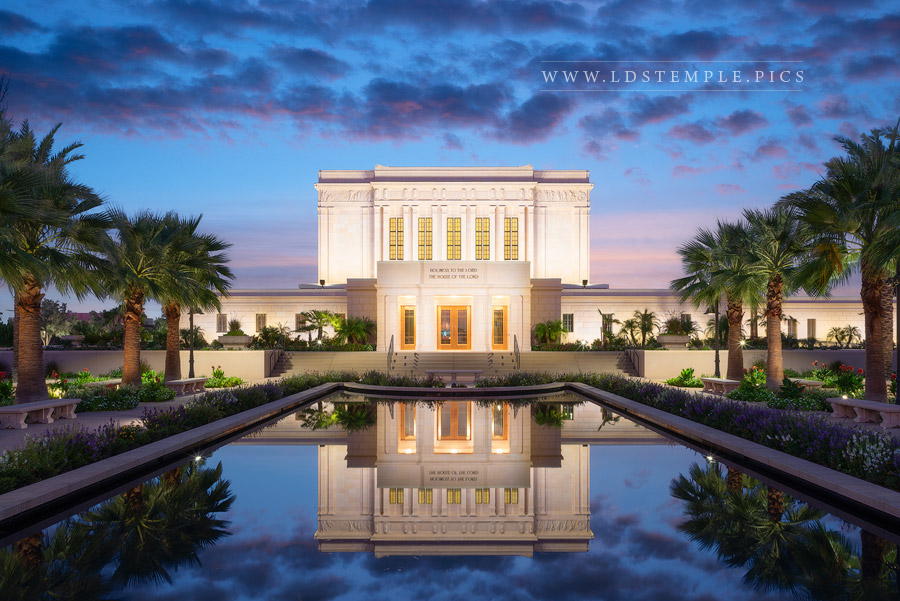 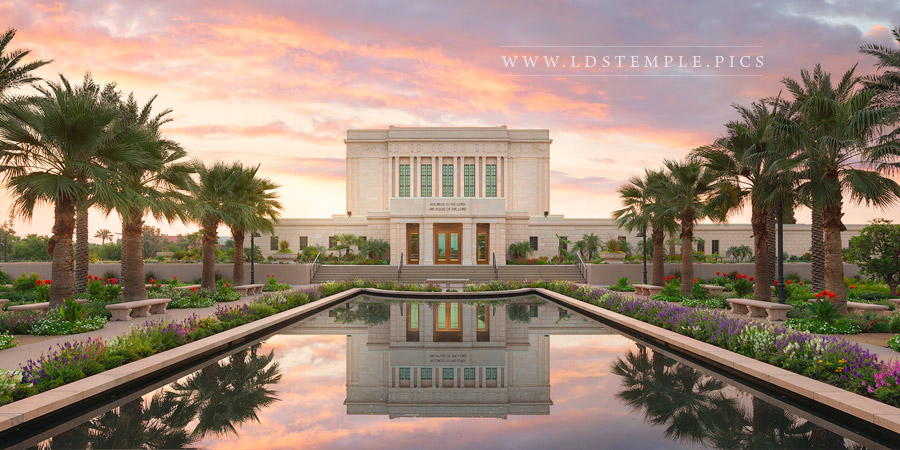 Mesa Temple – Glory To The Highest by Rory Wallwork 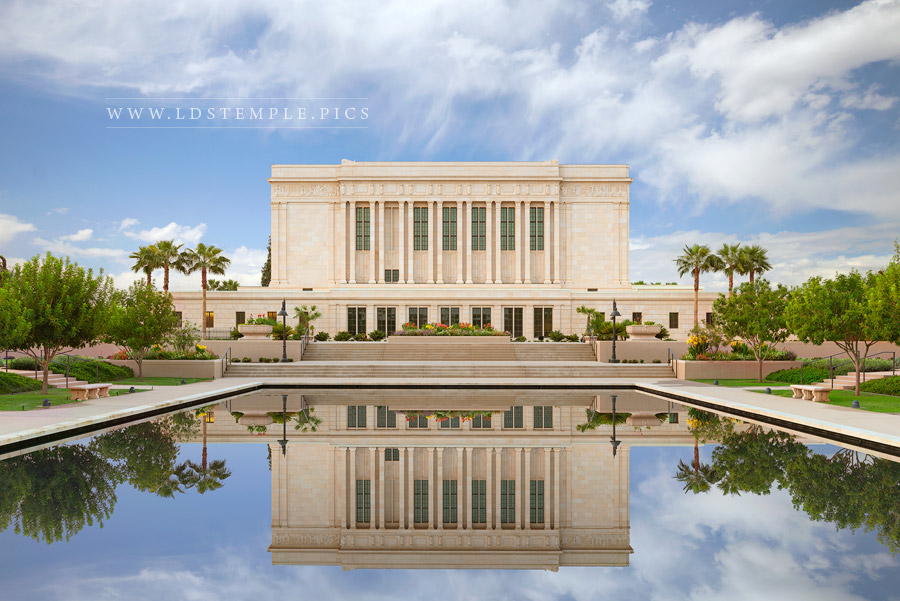 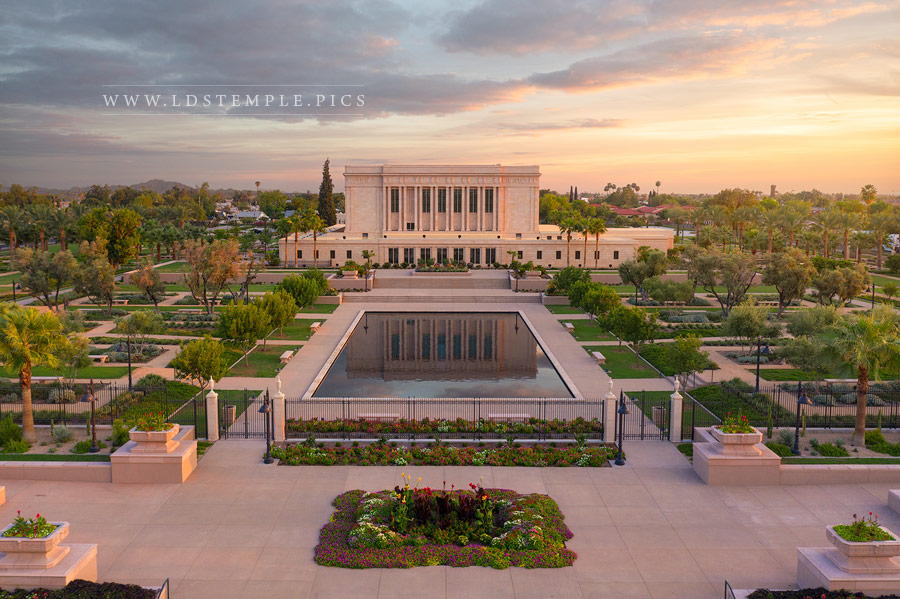 All of these beautiful Mesa Temple pictures are for sale. You can find photo prints, canvas wraps, and framed photos in a large variety of sizes. If one of these above pictures caught your eye, just click on it!