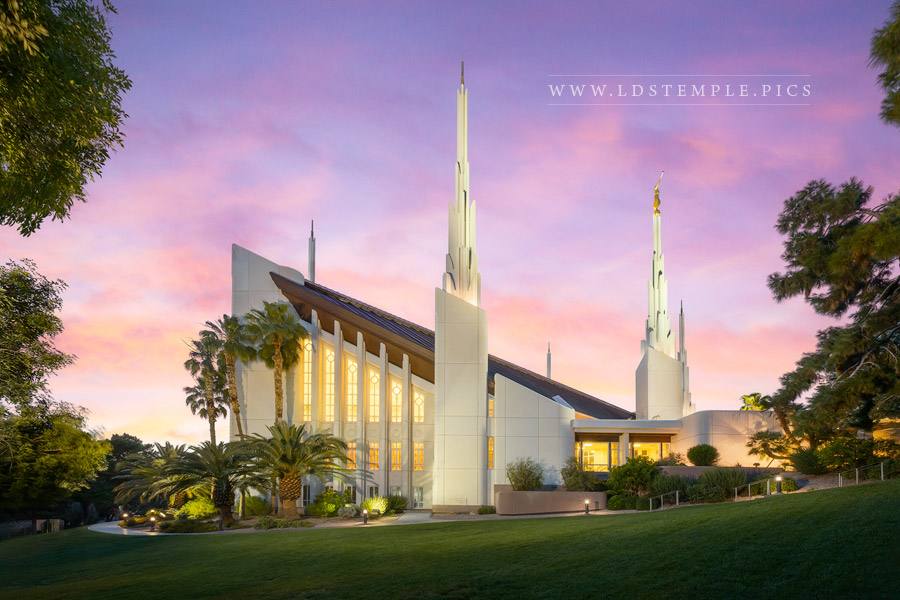 Sitting on the eastern edge of the city, far from the lights and glitz of the Las Vegas Strip, the Las Vegas Nevada Temple is a spiritual beacon of the city. It sits on over 10 acres of land at the base of Frenchman Mountain. The exterior is a white finish of pre-cast stone walls with a copper roof. The six spires of the temple echo the nearby peaks of Sunrise Mountain. The temple is surrounded by flourishing flowers and trees throughout the grounds.

Because it was one of the earlier temples built and dedicated in our time, once the temple was announced Latter-day Saints in the temple district were asked to contribute toward its construction. They enthusiastically answered the call by raising $11 million — 428 percent of what was requested of them!

Before we share these beautiful temple pictures with you, here are a few facts about the Las Vegas Temple that you may not know: 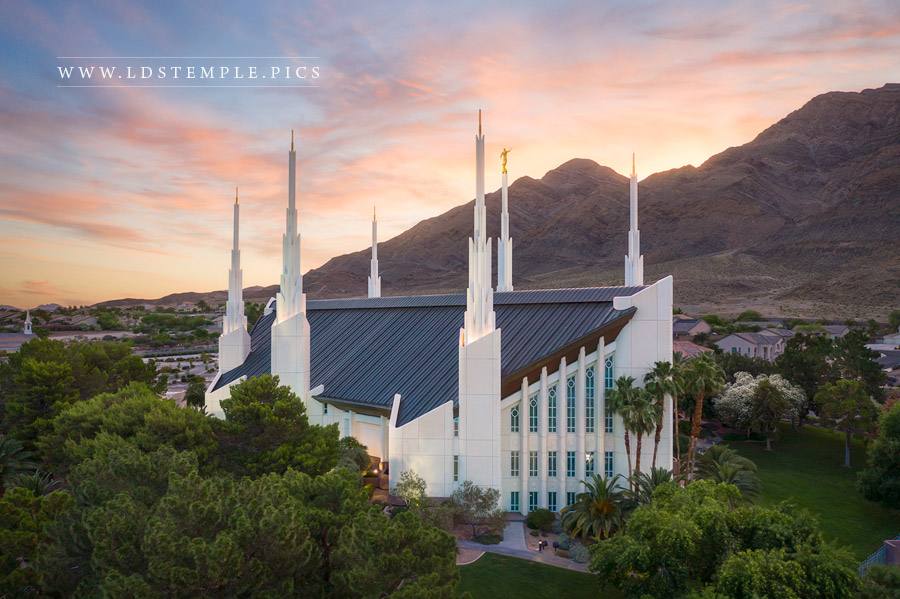 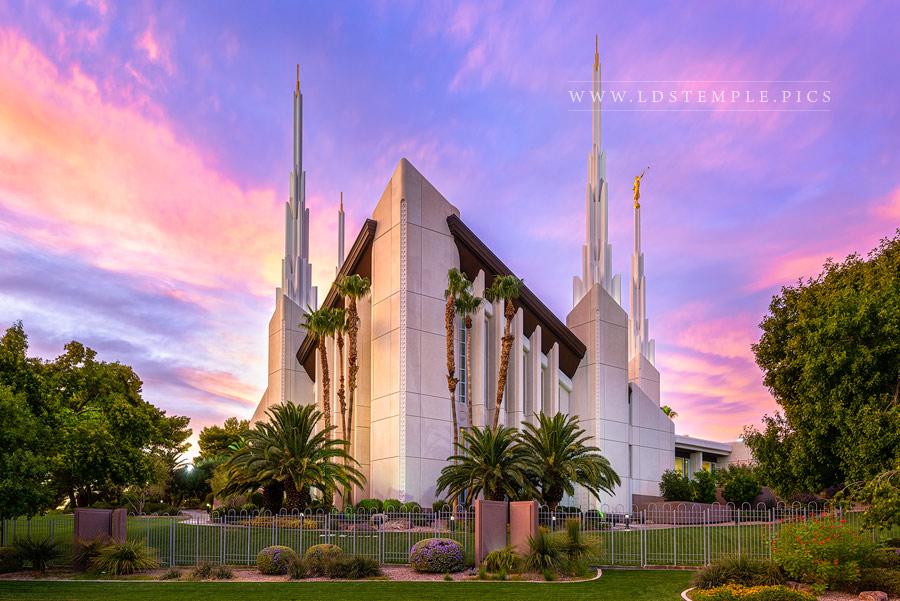 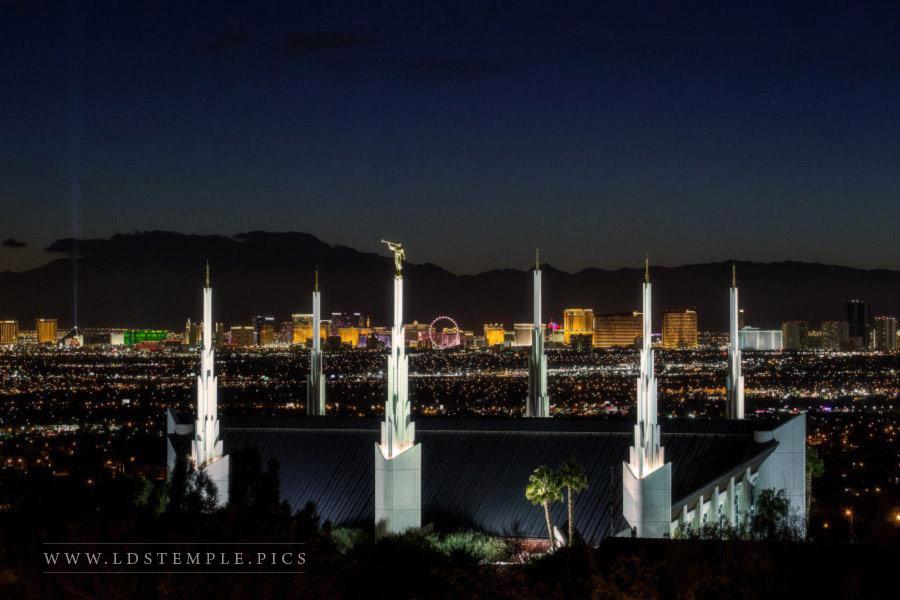 Las Vegas Temple – with The Strip by Brooks Crandell 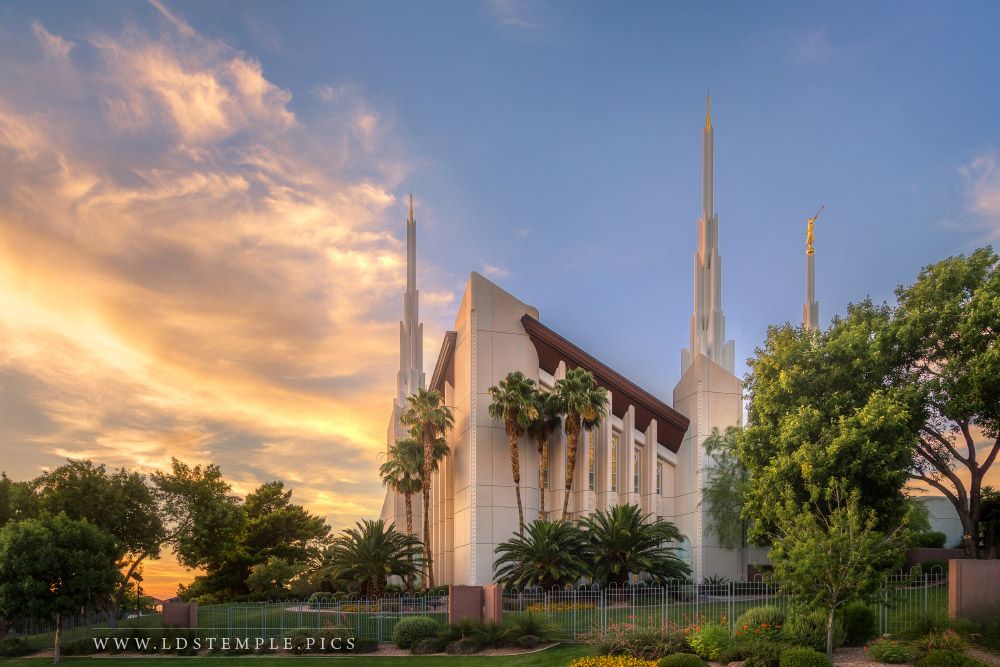 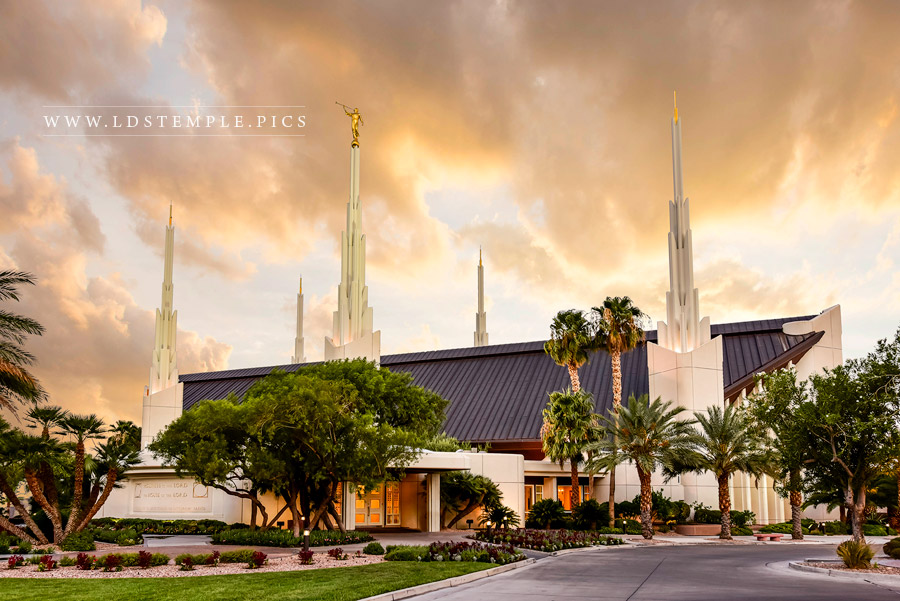 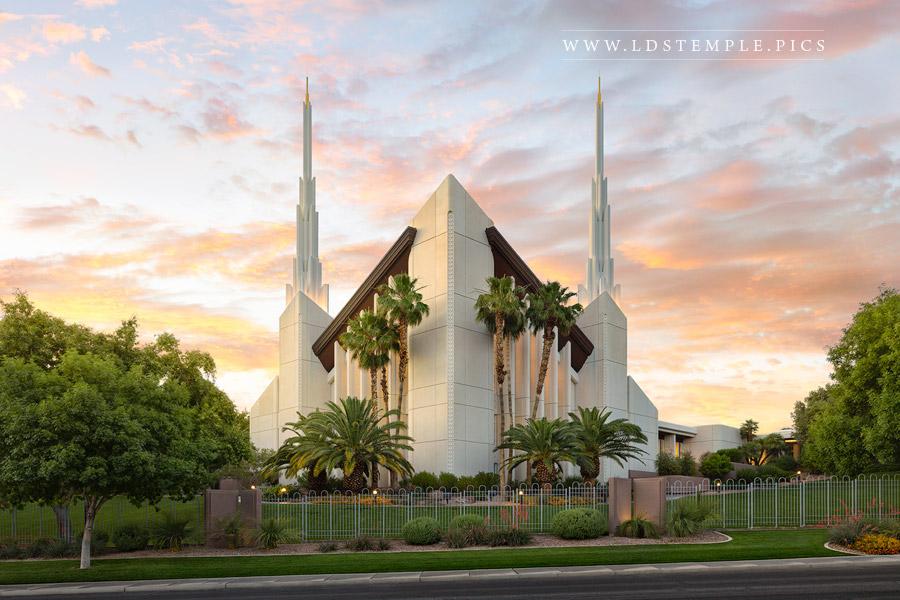 Las Vegas Temple – Glory to the Highest by Rory Wallwork 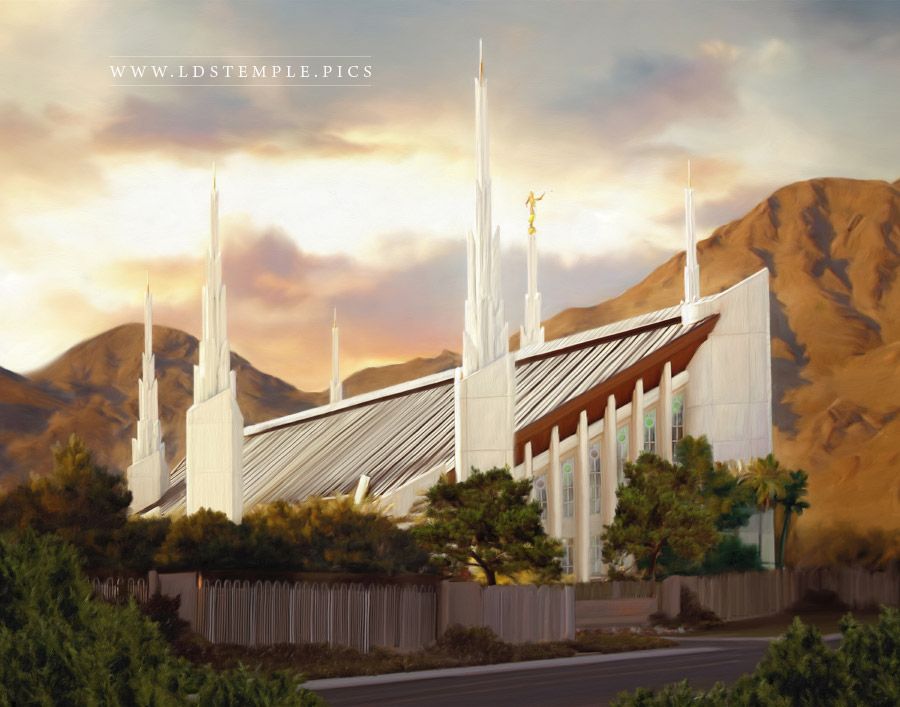 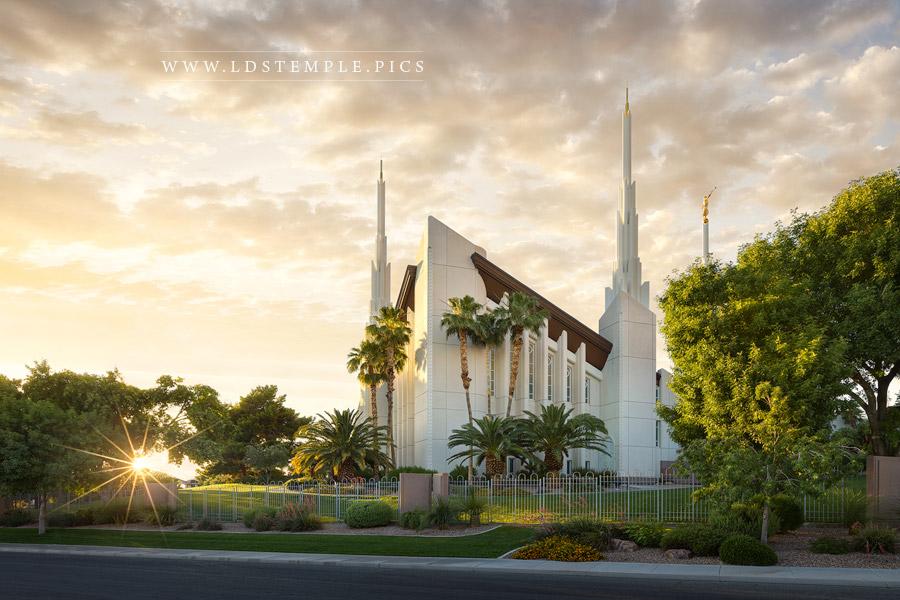 All of these beautiful Las Vegas Temple pictures are for sale. You can find photo prints, canvas wraps, and framed photos in a large variety of sizes. If one of these above pictures caught your eye, just click on it! 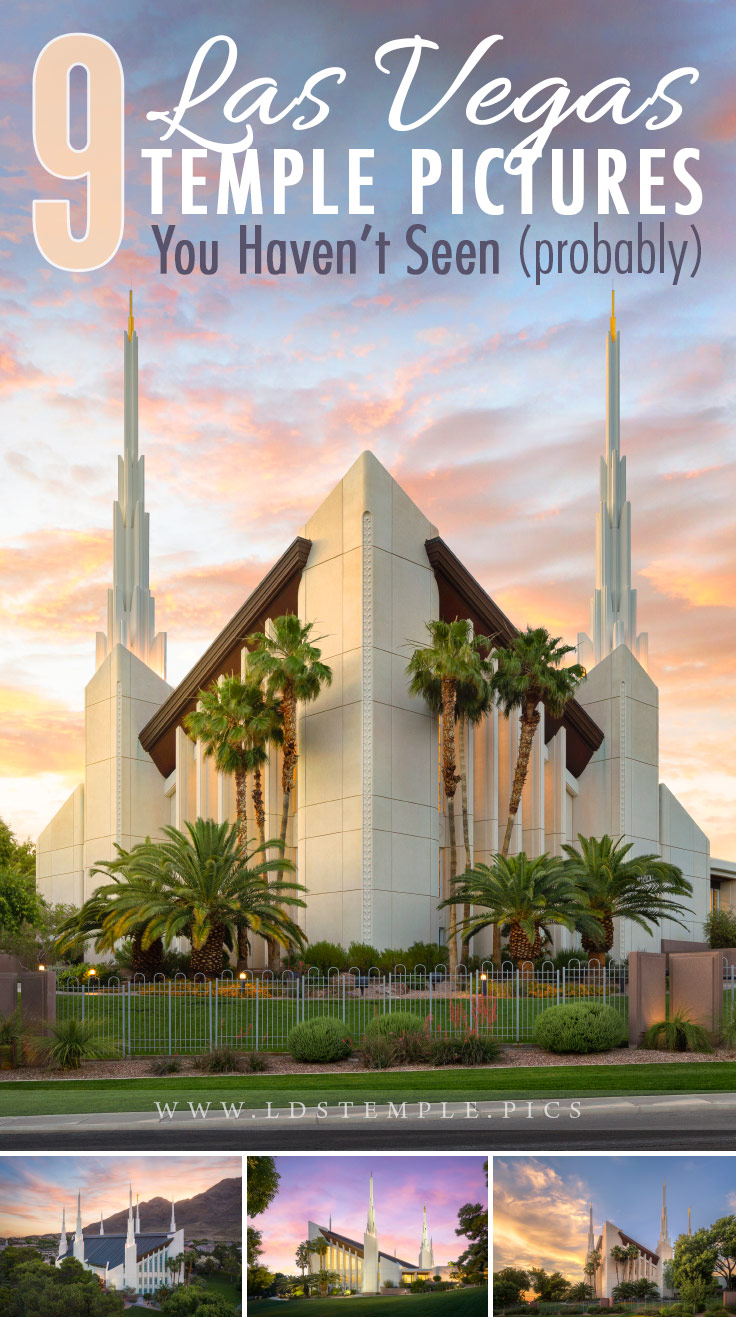