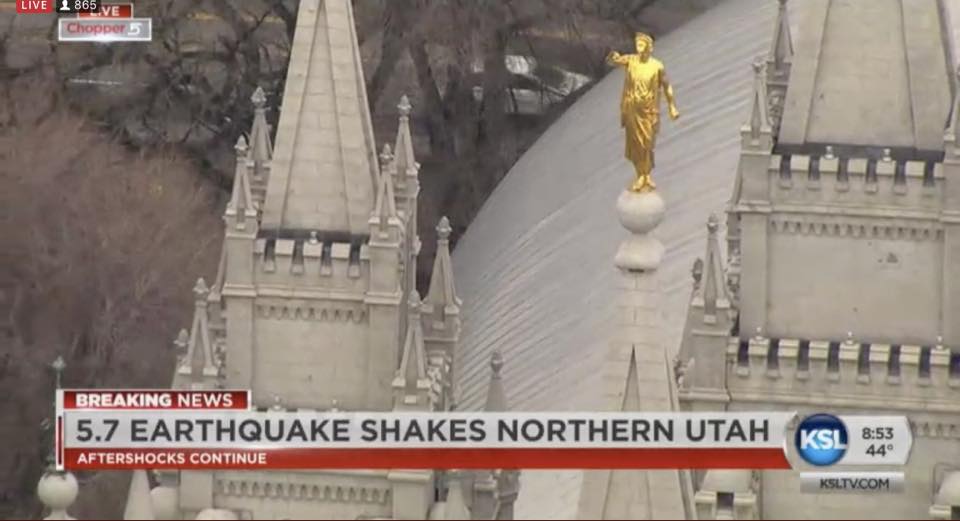 In case you live outside of Utah and haven’t heard the news, residents of a large portion of Northern Utah were jolted awake this morning at 7:09 by a 5.7 magnitude earthquake. The epicenter was a few miles outside the city of Magna, near the Salt Lake International Airport. Numerous aftershocks followed the main quake, including one at a 4.6 magnitude. This was the largest earthquake in Utah since 1992, when a 5.9 magnitude earthquake hit St. George.

While there were no injuries or serious damage to any structures in the area, the Salt Lake Temple did feel the quake. And so did the statue of the Angel Moroni! The earthquake caused the statue’s trumpet to fall out of his hands. It’s a good thing the renovations are being done, as one of the major parts of them is to install a base isolation system to prevent damage when earthquakes occur.

The Salt Lake Temple, which is undergoing a seismic upgrade, sustained minor damage during Wednesday morning’s earthquake. The trumpet on the Angel Moroni statue fell off, and there is minor displacement of some of the temple’s smaller spire stones. No workers were injured. Crews on the job site have been sent home for the day, and a full assessment is underway to determine needs going forward. This event emphasizes why this project is so necessary to preserve this historic building and create a safer environment for all our patrons and visitors.

We’ve collected a few pictures from various sources below, so take a look for yourself.

Stay safe and healthy out there during these most interesting times throughout the world! 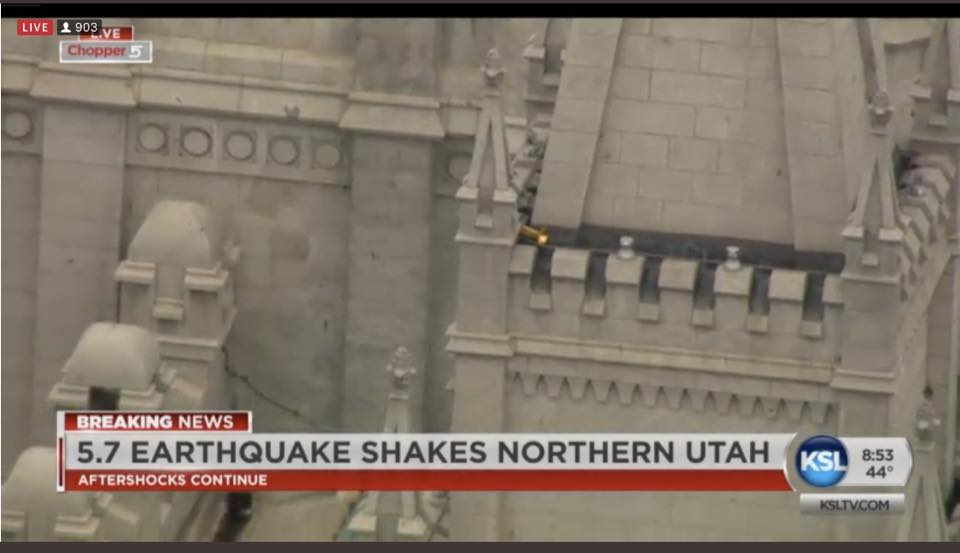 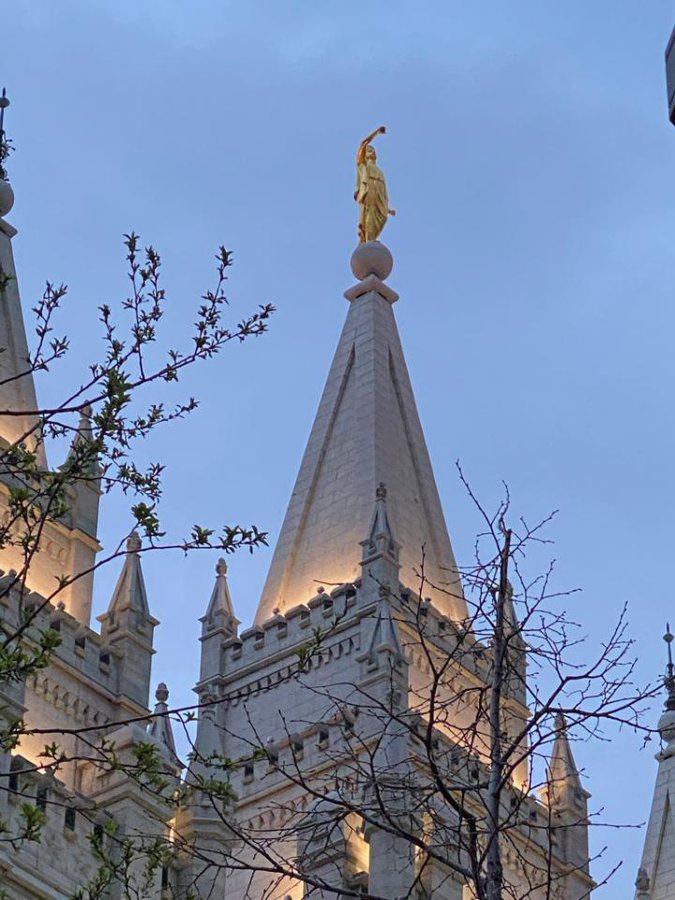 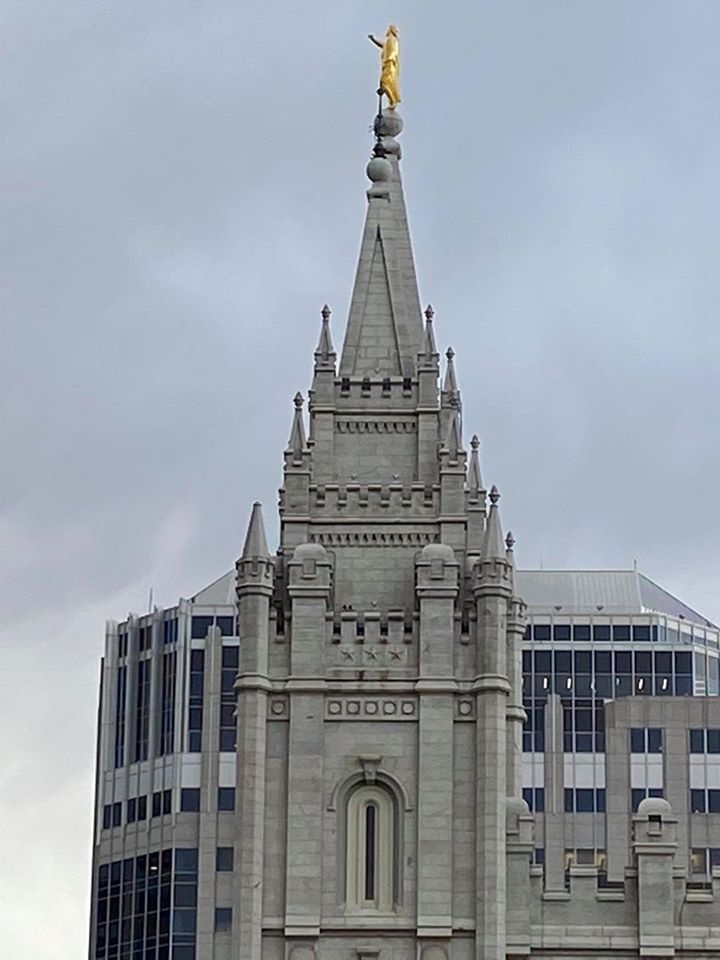