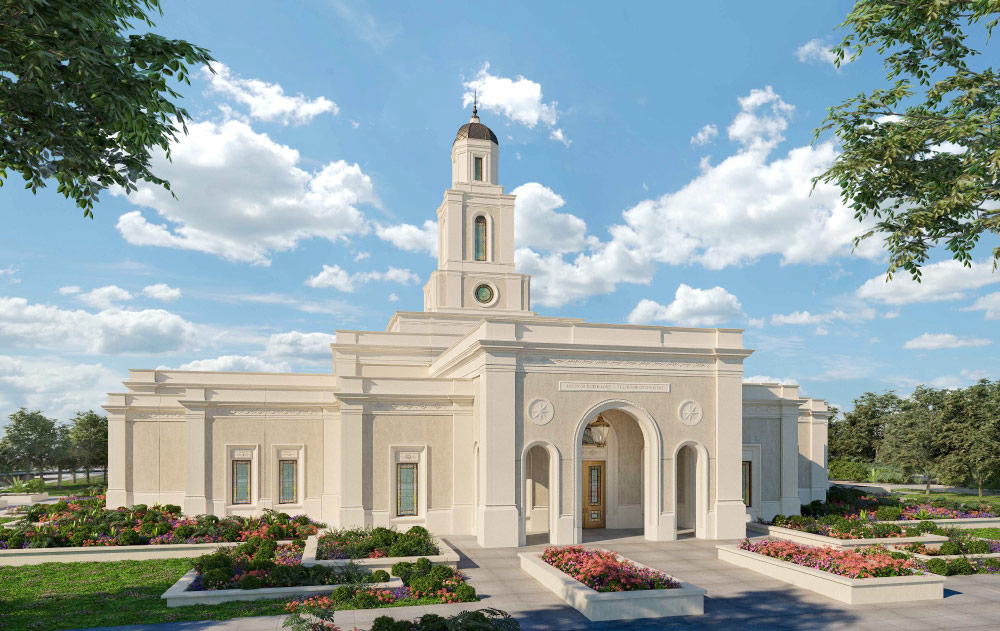 It sure is a busy year for temples! It was just announced where the Syracuse Utah Temple will be built, as well as groundbreaking dates and exterior renderings for the Bentonville Arkansas Temple and the McAllen Texas Temple.

As is always the case with early development announcements, the detailed design plans for these temples are still being created. Interior renderings, as well as more information about dates and open houses, will be made public at a later time. 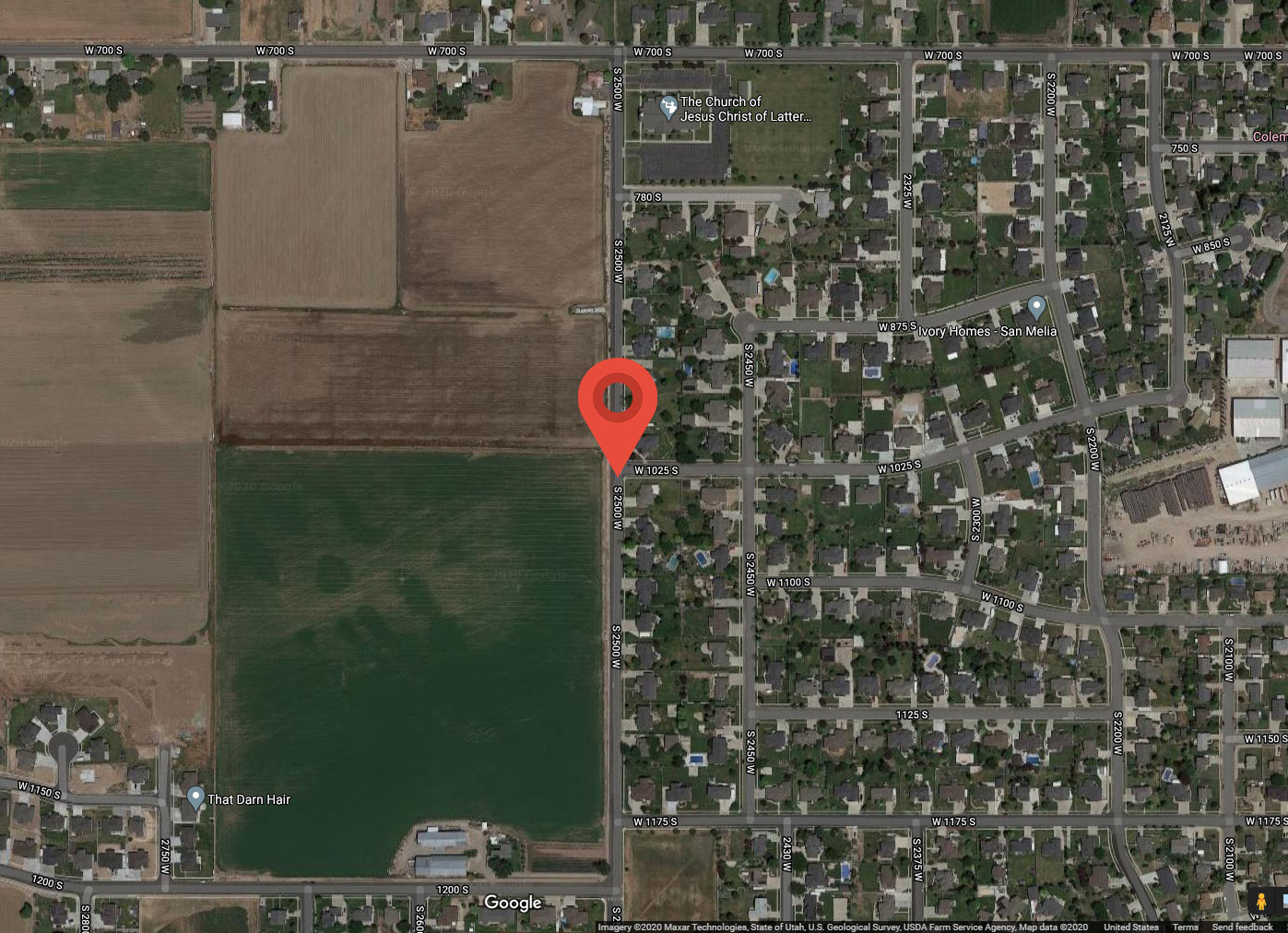 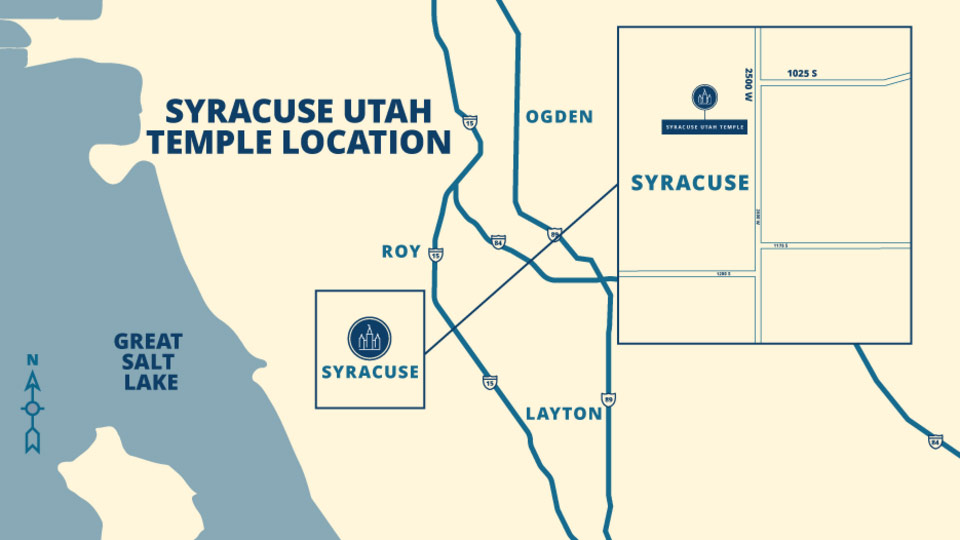 The Syracuse Temple that was only just recently announced in April, will be located on a 12-acre site at the intersection of 2500 West and 1025 South in Syracuse, Utah. In the first image above, the marker marks the intersection. And it appears that there are two large areas there where it could be built, but our guess is that it will be the southern field.

While we don’t have an artist rendering of the exterior yet, initial plans call for a three-story temple of approximately 89,000 square feet. The groundbreaking date will be announced at a later time.

The Bentonville Temple was announced in October 2019, and will be the first temple to be built in Arkansas. It was just announced that the groundbreaking ceremony will be held in November 2020. Elder David A. Bednar will preside over the ceremony remotely. It will definitely be an interesting ceremony!

A beautiful exterior rendering was also released, which you can see above. And as we previously posted, the temple will be built on an 8.8-acre site located at 1101 McCollum Road. It will be a smaller temple, with only one story and approximately 25,000 square feet.

The groundbreaking ceremony for the McAllen Temple will also be held some time in November 2020. It will be the fifth temple built in Texas. Elder Art Rascon, an Area Seventy, will preside at the event.

And a beautiful exterior rendering was released for the McAllen Temple as well, which you can see directly above. And also as we previously posted, the temple will be built on a 10.6-acre site on the northwest corner of Second Street and Trenton Road. Like the Bentonville Temple, it too will be a smaller temple, with initial plans showing only one story and approximately 25,000 square feet.

And as has been the case with all recent events, due to local government social distancing guidelines, attendance at the groundbreaking ceremonies will be by invitation only. Photos and video of the event will be available to the public after the groundbreaking services.