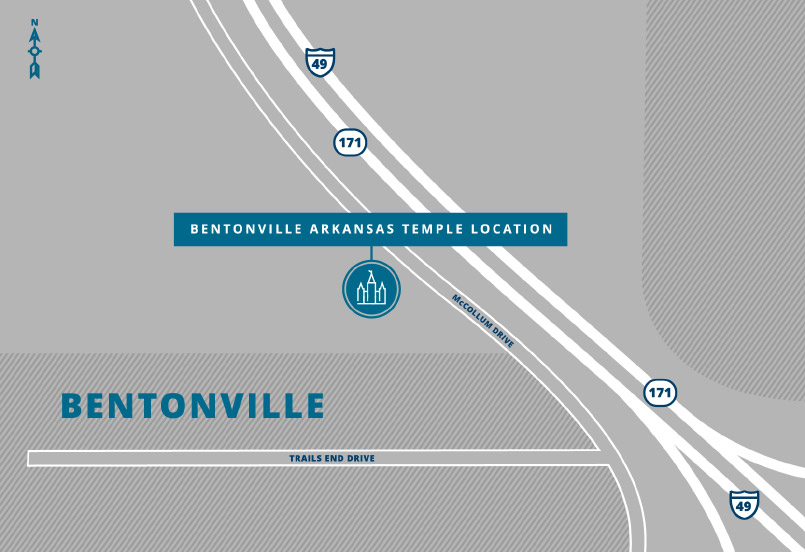 The year 2020 continues to be an exciting year, full of wonderful temple-related news! Today it was announced that the Bentonville Arkansas Temple will be built on a 8.8-acre site located at 1101 McCollum Road (seen in the map above). The initial plans call for a single-story structure of approximately 25,000 square feet, with a center spire. The temple will also share the grounds with a meetinghouse that is already on site.

We’re so excited for the Latter-day Saints in Arkansas, as this is the first temple to be built in the state. There are more than 31,000 members in Arkansas with approximately 70 congregations. The Bentonville Temple was was announced during the General Women’s Session in October 2019 by President Russell M. Nelson.

Of course this is an early announcement, so the detailed design plans for the temple are still under development. Interior renderings, as well as more information about the future temple, will be made public at a later time. A groundbreaking date has also not yet been set. In the coming months, project leaders will begin working with city officials to make plans more official.