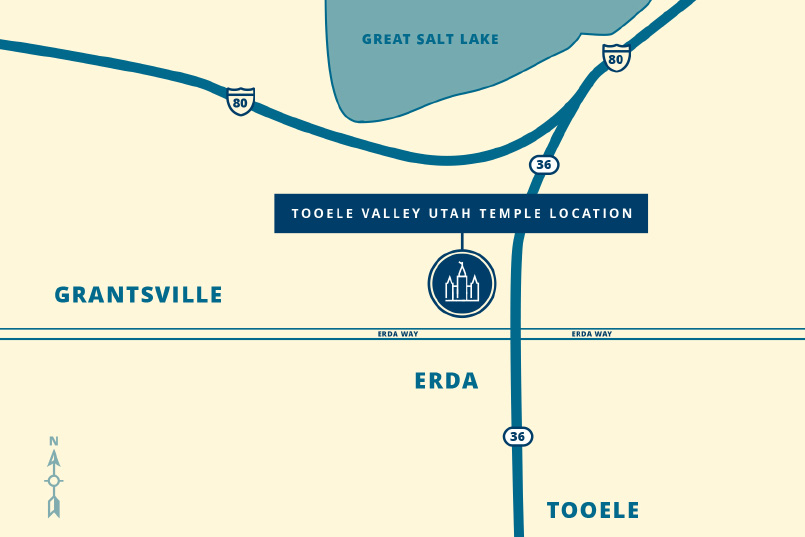 It has now been officially announced that the Tooele Valley Utah Temple will be built just northwest of the intersection of Erda Way and Highway 36 in Erda, Utah. Preliminary plans call for a three-story temple of approximately 70,000 square feet. And as is common with temples, an 20,000-square-foot meetinghouse will also be built adjacent to the temple.

As is always the case with these early announcements, the detailed design plans for the temple are still being developed. Interior and exterior renderings, as well as more information, will be made public at a later time. A groundbreaking date has not been set yet either. In the coming months, project leaders will begin working with city officials to make plans more official.

This is very exciting news for everyone in the Tooele area! Stay tuned for more information that will hopefully come in the next few months. We’re also awaiting more information about the Layton, Saratoga Springs, and Washington County temples, which have also been announced.