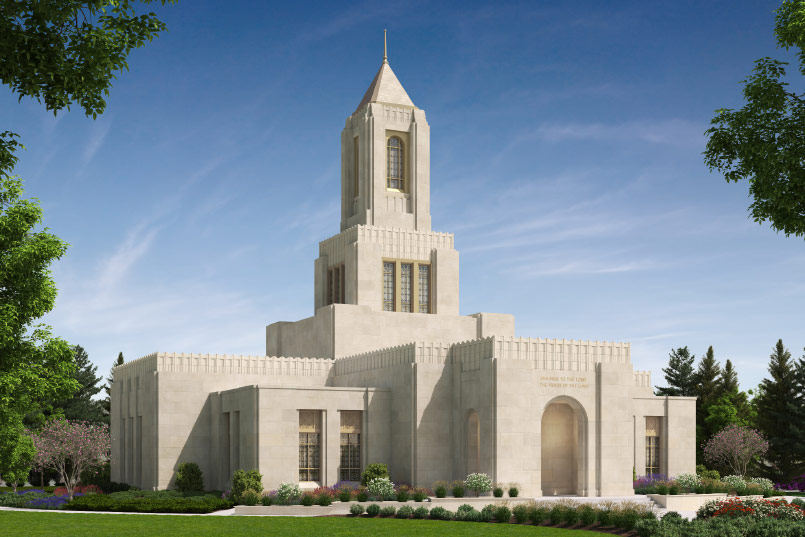 It was announced today that the groundbreaking for the Casper Wyoming Temple will take place in a little over a month, on October 9, 2021. Because of continuing Covid-19 restrictions, attendance at the event will be by invitation only. Elder S. Gifford Nielsen of the Seventy will preside at the event.

The location of the future temple was also announced – it will be built on a 9.5-acre site located at the intersection of Wyoming Boulevard Southwest and Eagle Drive. It will be a single-story temple of approximately 10,000 square feet.

A beautiful rendering of the future temple was also released later today, which you can see larger below. The design will feature ornamental cladding, brass-colored accents, and a grand tiered steeple with a pyramidal cupola and metal finial. Custom stained-glass windows will be featured throughout.

The Casper Temple was one of 20 temples that were announced by President Nelson during the April 2021 General Conference. It will be Wyoming’s second temple, following the Star Valley Temple.

Of course we will post more information as it becomes available regarding the open house and completion timeline. We’re excited for members in Wyoming to be able to watch the progress of their new temple over the next two or three years until it’s finished! 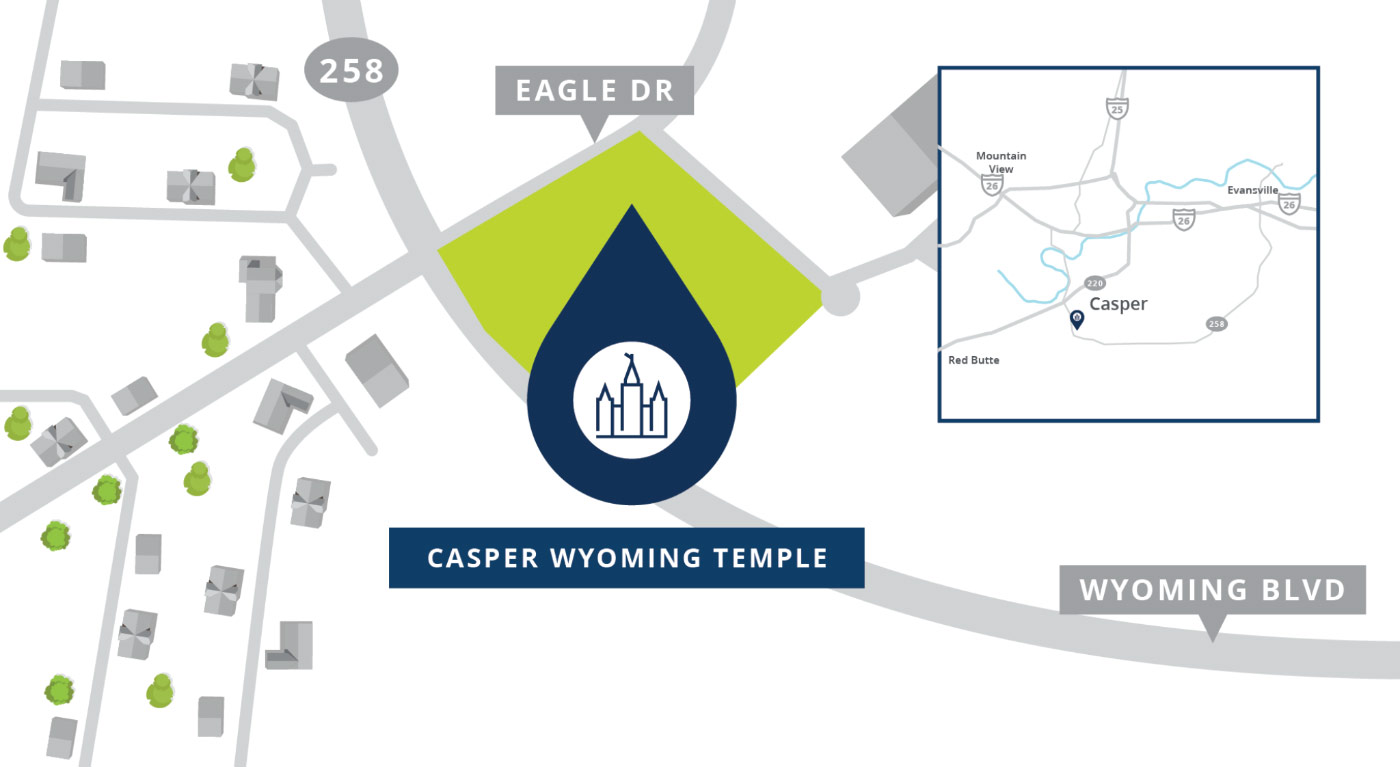