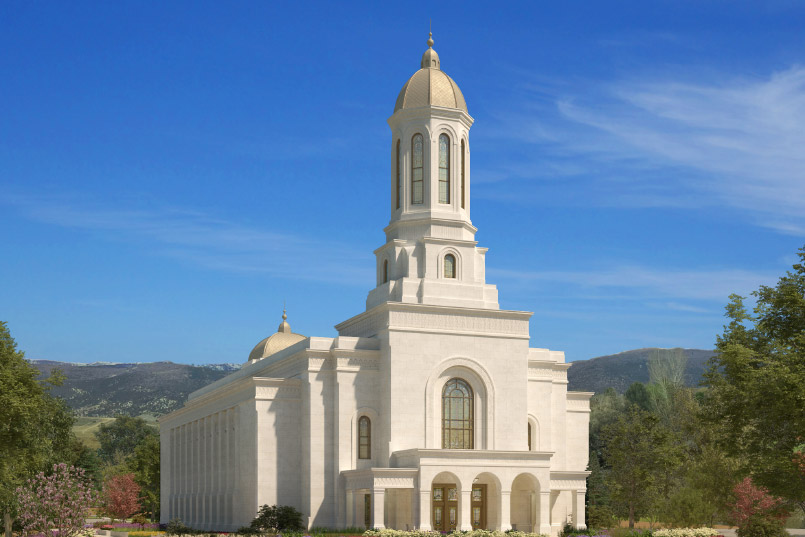 The groundbreaking ceremony for the much-anticipated Ephraim Utah Temple will be held on Saturday, August 27, 2022. Elder Walter F. Gonzalez of the Quorum of the Seventy will preside at the event. Attendance at the ceremony will be by invitation only.

The Ephraim Temple was announced by President Nelson during a special press conference inside the Manti Tabernacle in May 2021. Even though the city of Ephraim is only less than 10 miles away from the Manti Temple, the Ephraim Temple will still be a fairly large temple. Initial plans call for a three-story temple of approximately 39,000 square feet, slightly larger in size than the Brigham City Temple, which is approximately 36,000 square feet. The new temple will serve around 30,000 Latter-day Saints when it is finished, and will be built on a 9.16-acre site located at the intersection of 200 North and 400 East in Ephraim.

A beautiful exterior rendering of the Ephraim Temple (seen above and below) was released two months ago in March. Interior renderings will hopefully be released in the near future.

More information about the public open house and completion date will be made public at a much later time. But we’re thrilled that the construction of this beautiful new temple will begin soon!