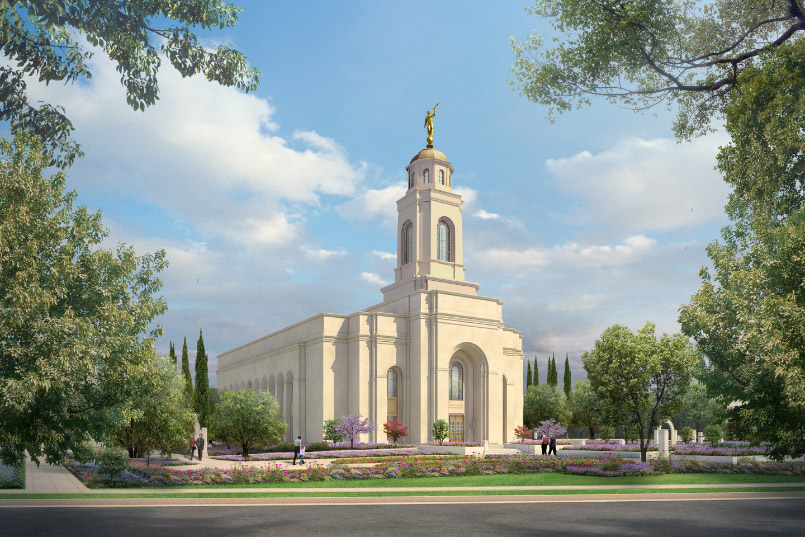 Right on the heals of yesterday’s announcement about the location of the future Tooele Valley Temple, today it was announced that the Feather River California Temple will be built at 1470 Butte House Road in Yuba City, California. Plans call for a temple of just over 38,000 square feet, as well as a new meetinghouse and distribution center to be built next to the temple. The existing meetinghouse on that site will be demolished.

The temple site will cover nine acres, including a small parcel of land that the Church plans to purchase from Yuba City in the near future.

Also released was this beautiful artist rendering of the exterior of the new temple. We’re so excited by the design, as we love when the design is unique and incorporates inspiration from other architecture and culture from the area!

The Feather River Temple, which was announced in October 2018 by Church President Russell M. Nelson, will be the eighth temple in California.

As is always the case with these early announcements, the detailed design plans for the temple are still being developed. Interior renderings, as well as more information, will be made public at a later time. A groundbreaking date has not been set yet either. In the coming months, project leaders will begin working with city officials to make plans more official.