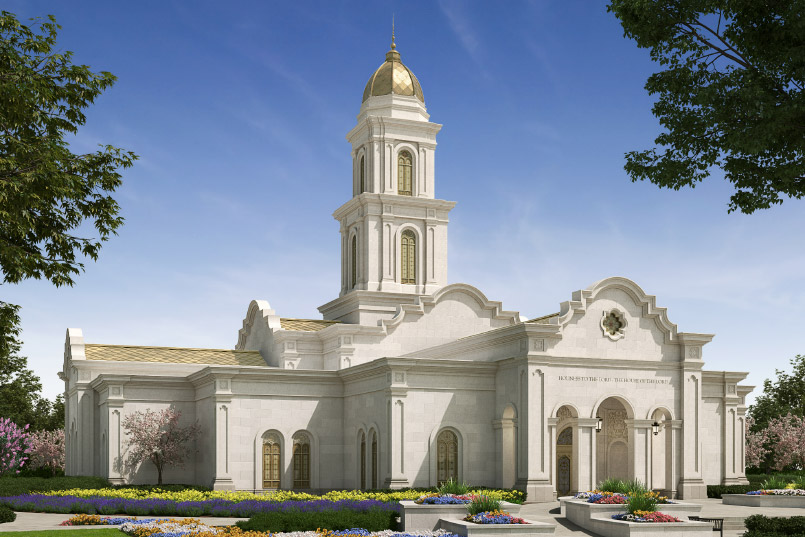 In a wonderful Halloween announcement today, the locations of three future temples were revealed – the Fort Worth Texas Temple, the Knoxville Tennessee Temple, and the Tampa Florida Temple. What a blessing these temples will be to the Latter-day Saints in their respective areas!

The Fort Worth Temple will be built on a 9.37-acre site located North of SW Hulen Street and Greenridge Drive in Burleson, Texas. Initial plans call for a single-story temple of approximately 30,000 square feet. While there is a temple in the north area of nearby Dallas, this will be the first temple in Fort Worth. Once it and others are finished, there will be eight temples in Texas.

Also released was a beautiful rendering of the future Fort Worth Temple, which you can see below.

The Knoxville Temple will be built on a 4.99-acre site located at 13001 Kington Pike in Farragut, Tennessee. Just like the Fort Worth Temple, initial plans call for a single-story structure of roughly 30,000 square feet. This will be the third temple in the state of Tennessee, following the Memphis Temple and the Nashville Temple.

The Tampa Temple will be built on a 16.2-acre site adjacent to an existing meetinghouse located at 4806 Bell Shoals Road in Valrico, Florida. Just like the other two temples above, this too will be a single-story temple of approximately 30,000 square feet. Once all the temples in Florida are finished, Tampa Temple will be one of five temples in the state of Florida.

Of course these are just early announcements, so more detailed design plans for all three of these temples are still being developed. Interior renderings, as well as more information, will be made public at a later time. Groundbreaking dates have not been set yet either. In the coming months, project leaders will begin working with city officials to make plans more official.