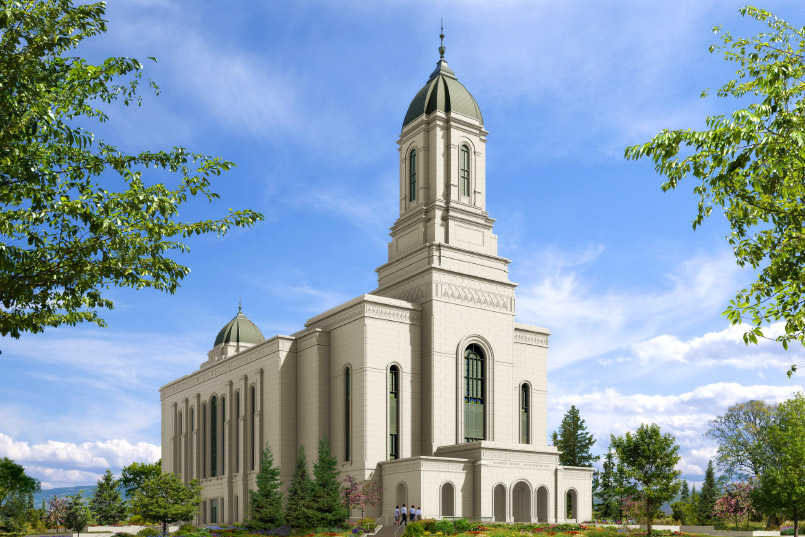 Today the locations of two future temples were revealed – the Heber Valley Utah Temple and the Teton River Idaho Temple. More details are below, including an official rendering of the future Heber Valley Temple. What a blessing these temples will be to the Latter-day Saints in their respective areas! 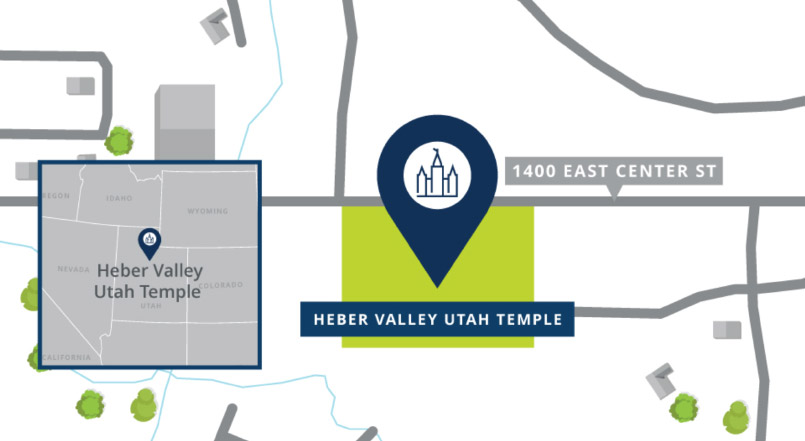 The Burley Temple will be located on a 10.1-acre site located at 40 South and 150 East. Initial plans call for a two-story temple of around 38,600 square feet. This will be the seventh temple in the state of Idaho. The sixth temple is the Pocatello Temple that is currently under construction.

The Heber Valley Temple will be built on a 17.9-acre site located southeast of 1400 East Center Street in Heber City. Plans call for a three-story temple of approximately 88,000 square feet. You can see the official rendering of the exterior of the temple above (click to see it larger).

It was also announced that the groundbreaking for the temple will take place on Saturday, October 8, 2022. Elder Kevin R. Duncan, Temple Department executive director, will preside over the event. Invitation will be by invitation only.

The Heber Valley Temple is one of 28 temples in Utah that have been announced, are under construction or renovation, or are currently in operation. It was one of 13 temples announced during the October 2021 General Conference.

The Farmington Temple will be built on a 6.62-acre site located at the intersection of College Boulevard and Windsor Drive. Initial plans call for a single-story structure of roughly 25,000 square feet. A new meetinghouse will also be built on the same site.

The Teton River Temple will be built on a 16.6-acre site located northwest of Second East 2000 North in Rexburg, Idaho. Plans call for a three-story temple of approximately 130,000 square feet. This will be the city’s second temple, after the Rexburg Temple. It will also be one of 9 temples in Idaho that have been announced, are under construction or renovation, or are currently in operation. It too was one of 13 temples announced during the October 2021 General Conference.

Of course these are just early announcements, so more detailed design plans for both of these temples are still being developed. Interior renderings, as well as more information, will be made public at a later time. A groundbreaking date has not yet been set for the Teton River Temple. In the coming months, project leaders will begin working with city officials to make plans more official.