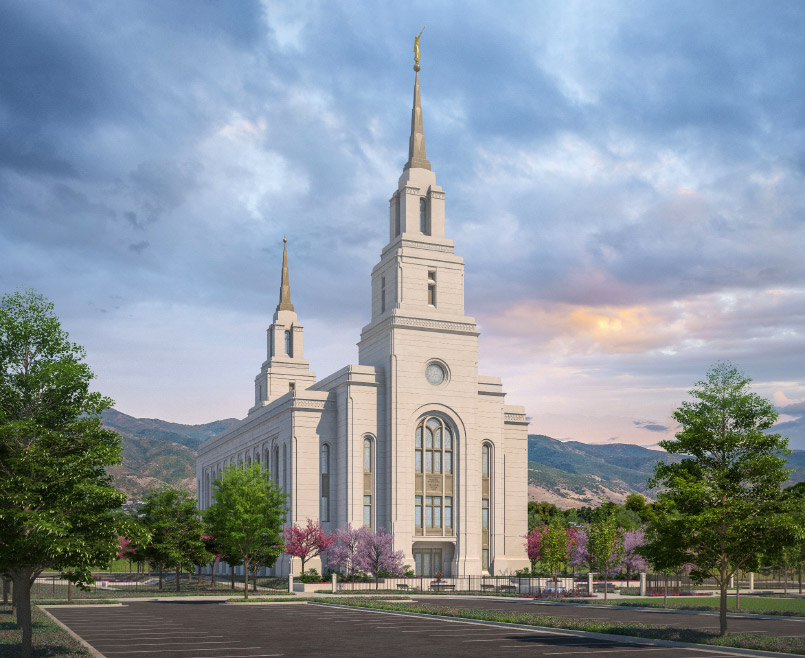 Shortly after 8 new temples were announced during General Conference weekend, including two more temples in Utah, today a beautiful artist rendering of the future Layton Utah Temple was released. We’re so excited for this temple and it’s going to look wonderful!

There is still no official groundbreaking date set, but the release of the rendering comes as project leaders are preparing to file additional public documents relating to plans for the temple’s design. And that means we’re getting close!

The Layton Temple was announced a year and a half ago in April 2018 and as was previously announced, it will be built at the corner of Oak Hills Drive and Rosewood Lane.