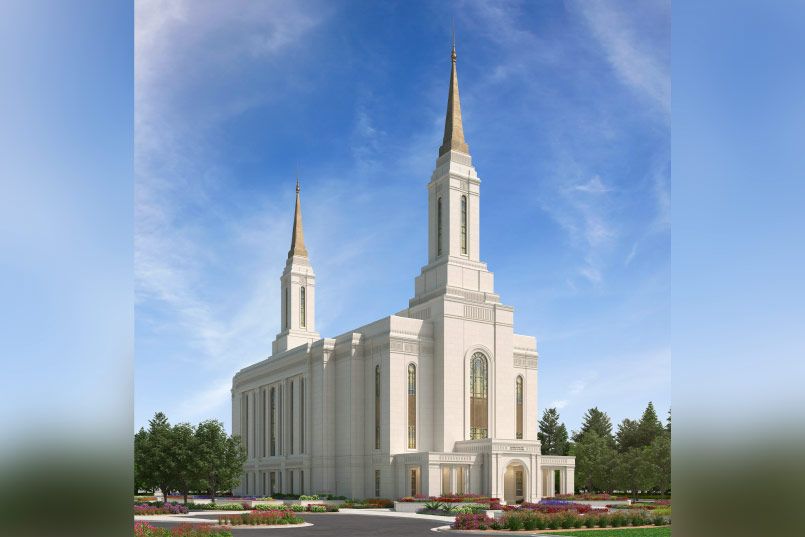 A wonderful artist rendering of the future Lindon Utah Temple was officially released today. We’re thrilled about this temple and it’s going to be beautiful! The design of the temple is very similar to the Layton Temple that’s under construction right now. These similar designs are allowing the temples to be built much more quickly and it’s great to see the work on them progress at such a rapid rate. Click the photo below to view the image larger.

No official groundbreaking date for the temple has been set yet, but the release of the rendering comes as project leaders are preparing to file additional public documents relating to plans for the temple’s design. And that means that construction will hopefully begin in the near future!

The Lindon Temple was announced seven months ago in October 2020 by President Nelson. As was previously announced, the temple will be built at 800 East and Center Street in Lindon, Utah, in what is currently a field near Oak Canyon Junior High. The long, narrow footprint of the temple is perfectly suited to the dimensions of the temple site. It will among the larger temples of the Church, as initial plans call for a three-story structure of approximately 81,000 square feet.