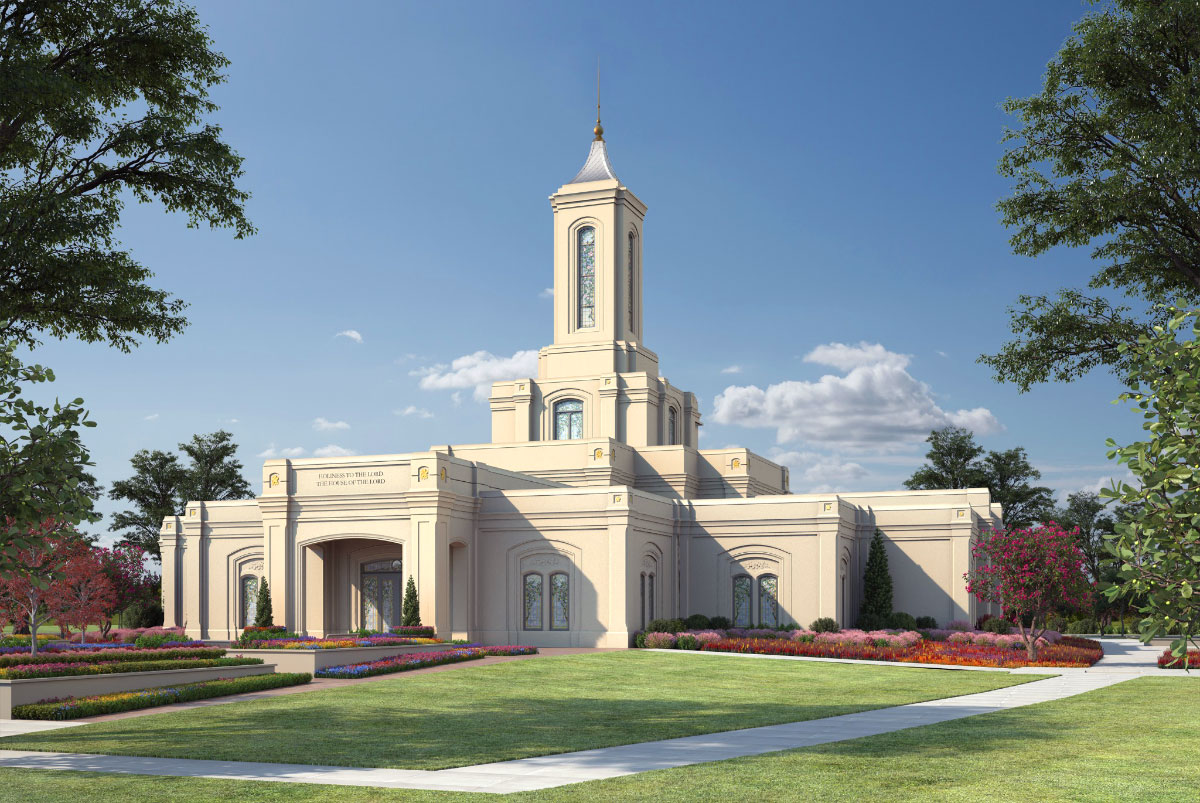 A couple days ago, on September 11, 2020, it was announced that the groundbreaking for the Moses Lake Washington Temple will be held next month in October 2020. A specific date has not yet been given. Elder David L. Stapleton, an Area Seventy, will preside at the event.

A beautiful artist rendering (seen above, or click here for a larger version) of the temple was also released. While it is going to be among the smaller temples of the world, it’s still going to be a wonderful temple and we’re excited for it to begin construction soon! The temple was originally announced during the April 2019 General Conference, and as we recently posted, it will be built on a 17-acre site located on Yonezawa Boulevard, between Division Street and Road K NE. The initial plans for the temple include a single-story building of approximately 20,000 square feet, with a center spire. The Moses Lake Temple will be the fourth temple built in Washington state, joining the Columbia River Temple, the Seattle Temple and Spokane Temple.

And as you can see from the image above, another interesting item to notice is that there is no statue of the Angel Moroni atop the spire. This is becoming a design trend with the most recently announced temples, so keep an eye out for what happens with that in the future!

We’ll post a story about the groundbreaking once it takes place. And of course we’ll also share interior renderings for the temple, as well as more information, when it is made public at a later time.