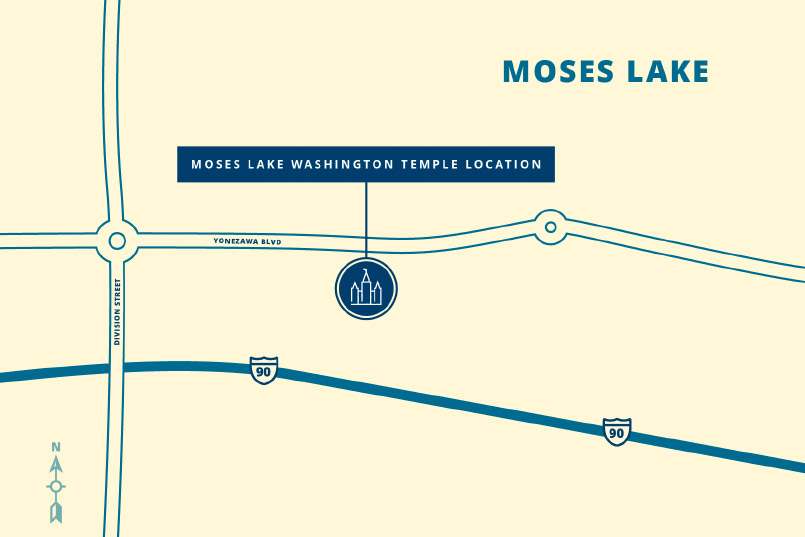 This entire year has been full of exciting temple news! Today it was announced that the Moses Lake Washington Temple will be built on a 17-acre site located on Yonezawa Boulevard, between Division Street and Road K NE. The initial plans for the temple call for a single-story structure of approximately 20,000 square feet, with a center spire. A new 17,000 square-foot meetinghouse will also be built next to the temple.

The Moses Lake Temple was was announced during General Conference in April 2019 by President Russell M. Nelson. It will be the fourth temple in Washington, following the Columbia River, Seattle, and Spokane temples.

This is an early announcement, so the detailed design plans for the temple are still being developed. Interior renderings, as well as more information, will be made public at a later time. A groundbreaking date has not been set yet either. In the coming months, project leaders will begin working with city officials to make plans more official.