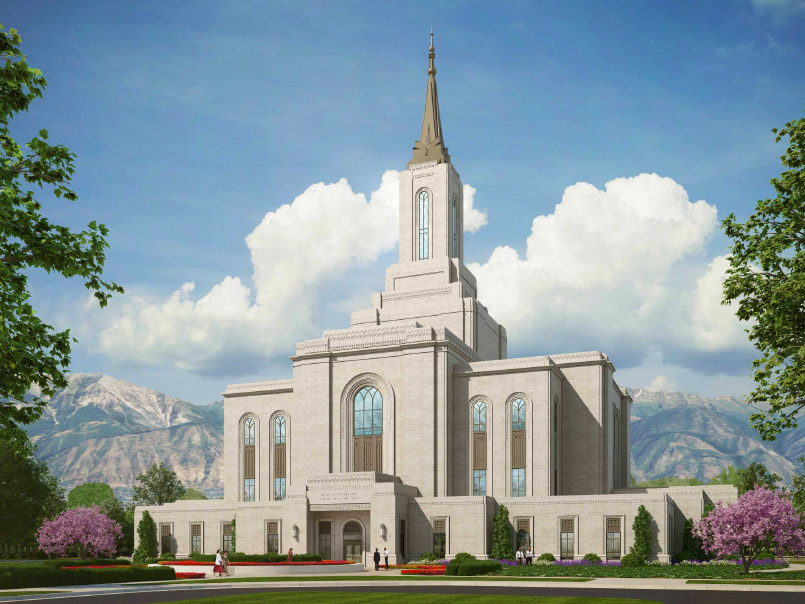 Today it was announced that the groundbreaking for the Orem Utah Temple will be held on Saturday, September 5, 2020. Utah Area President, Elder Craig C. Christensen, will preside at the event, which will be attended by invitation only.

A beautiful artist rendering (seen above) of the temple was also released. It’s going to be a stunning temple and we’re so excited for it to begin construction! The plans for the temple include a three-story temple of about 70,000 square feet with a center spire. Interestingly, as with other temple renderings that have been recently released, there is no Angel Moroni atop the spire.

The Orem Temple was announced nearly a year ago in October 2019 by President Nelson. And as was previously announced, it will be built on a 16-acre site at approximately 1471 South Geneva Road, west of Interstate 15 and south of University Parkway.

Interior renderings for the temple, as well as more information, will be made public at a later time.