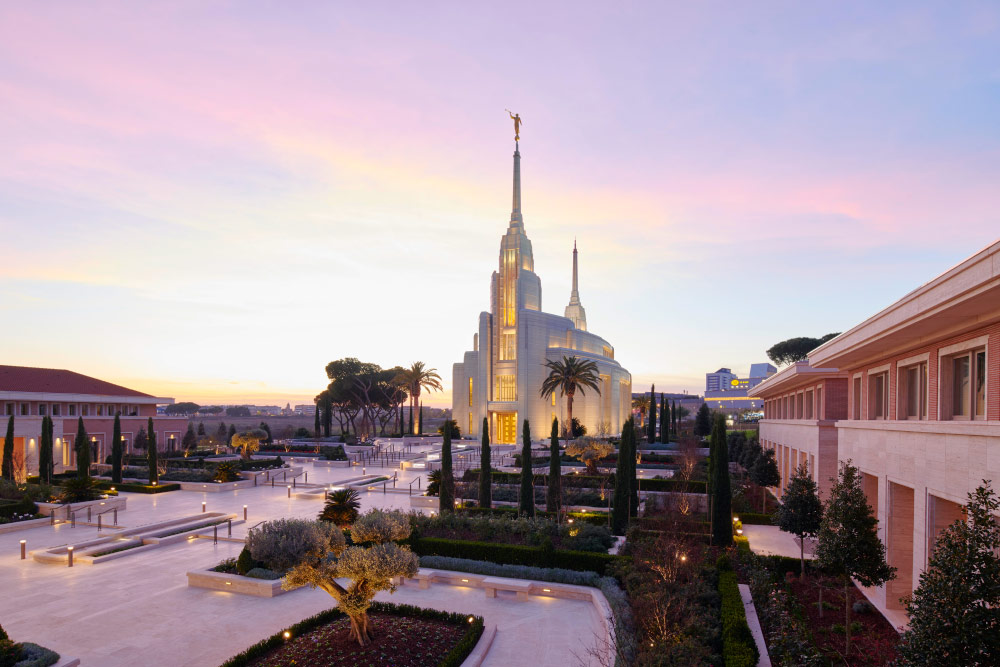 More than a decade after it was announced, and two millennia after the apostles Peter and Paul preached and died here, the new Rome Italy Temple is finished and has begun it’s public open house! And the temple is being described as stunning, exquisite and magnificent. And after seeing these new pictures of the interior, we definitely couldn’t agree more!

“As the center for Christianity for millennia, Rome couldn’t be without a temple dedicated to Jesus Christ,” said Elder Massimo De Feo, a General Authority Seventy and native Italian. “Rome is also the Eternal City. We needed to have a temple in the Eternal City because it is a symbol of eternity. The temple is the place we learn that life is eternal.”

The three-story, 40,000-square-foot temple sits on a 15-acre site that includes three other buildings. It sits atop a piazza with a terrace of stone steps and fountains that lead down to the visitors center where a striking glass front displays a Christus statue and statues of Christ’s 12 original apostles.

The temple’s design echoes aspects of the ancient city. A motif created by Michelangelo for the Piazza del Campidoglio on Capitoline Hill in the 1500s is woven into carpets and displayed in floors, ceilings and railings throughout the building.

An exquisite chandelier containing thousands of crystal prisms serves as the centerpiece of the celestial room, a space that represents the progression of reaching heaven. The room is also filled with elegant furnishings made by Italian artisans.

If you’re lucky enough to be in the area, reservations for the public temple open house can be made online at templeopenhouse.lds.org.

Unfortunately we’re not sure if we’ll have pictures of the Rome Temple available on our website any time soon. But we sure hope to some time in the future! 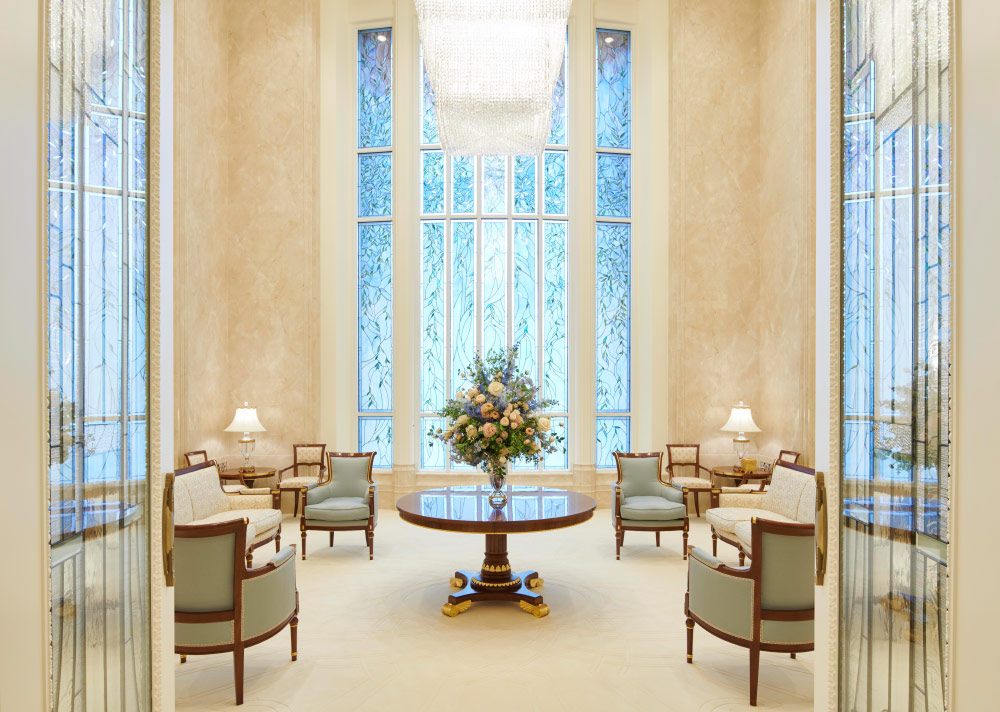 The Celestial Room in the Rome Temple 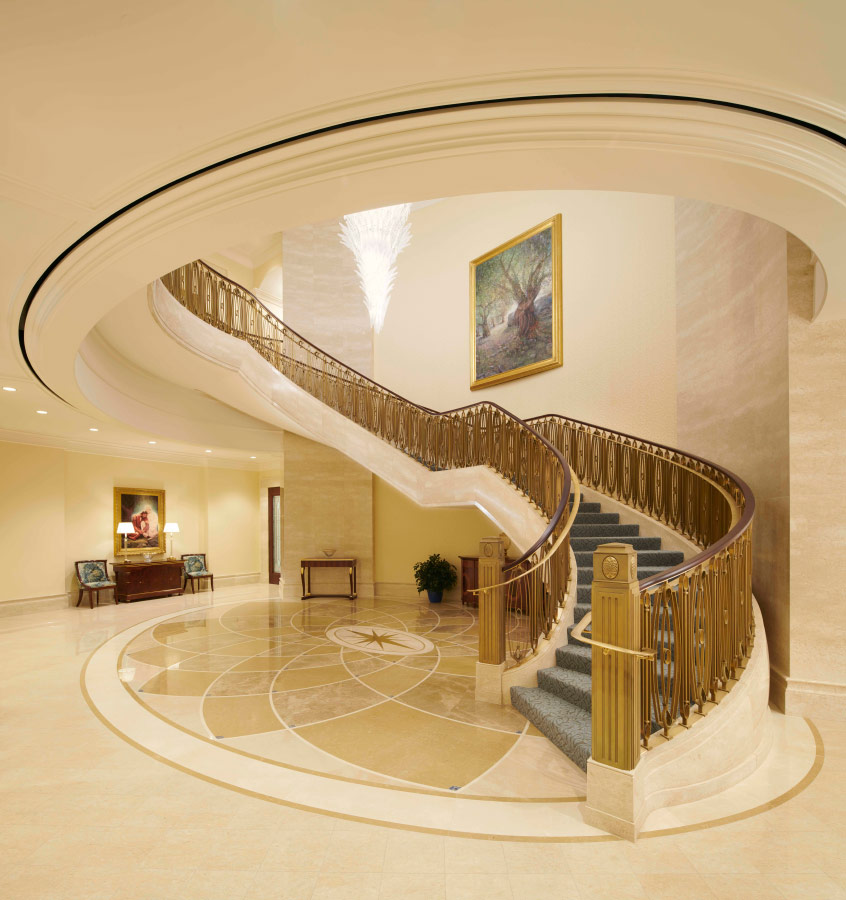 The grand staircase in the Rome Temple 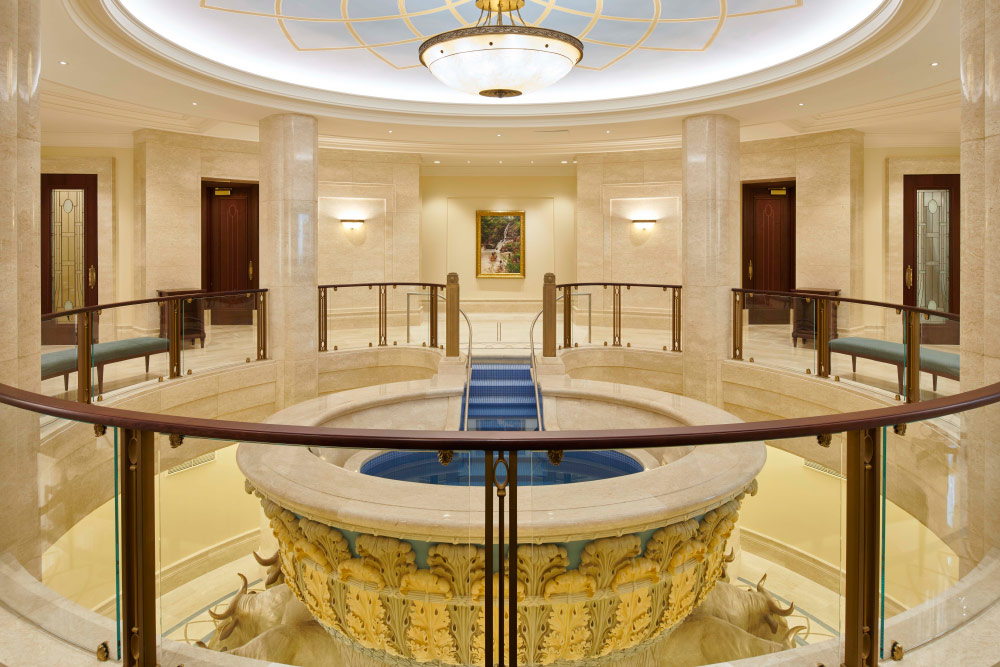 The baptistry in the Rome Temple 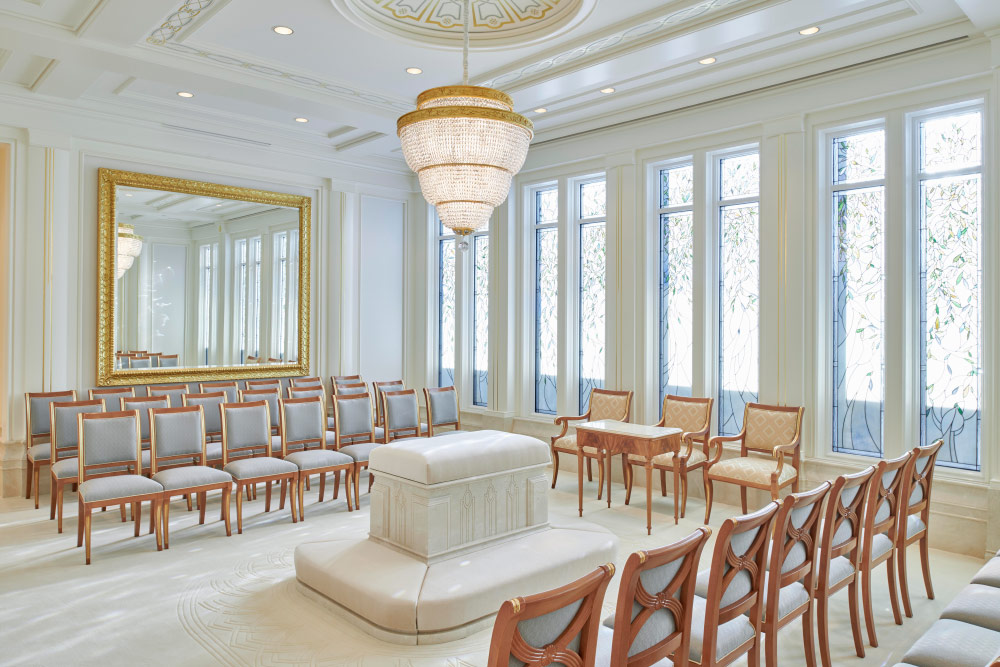 A sealing room in the Rome Temple 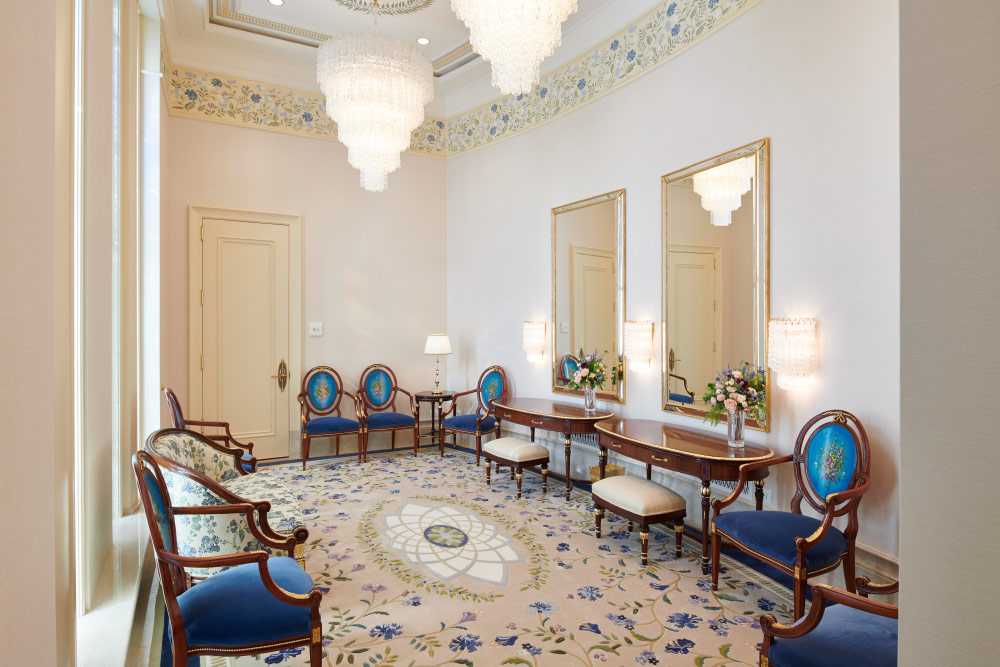 The bride’s room in the Rome Temple 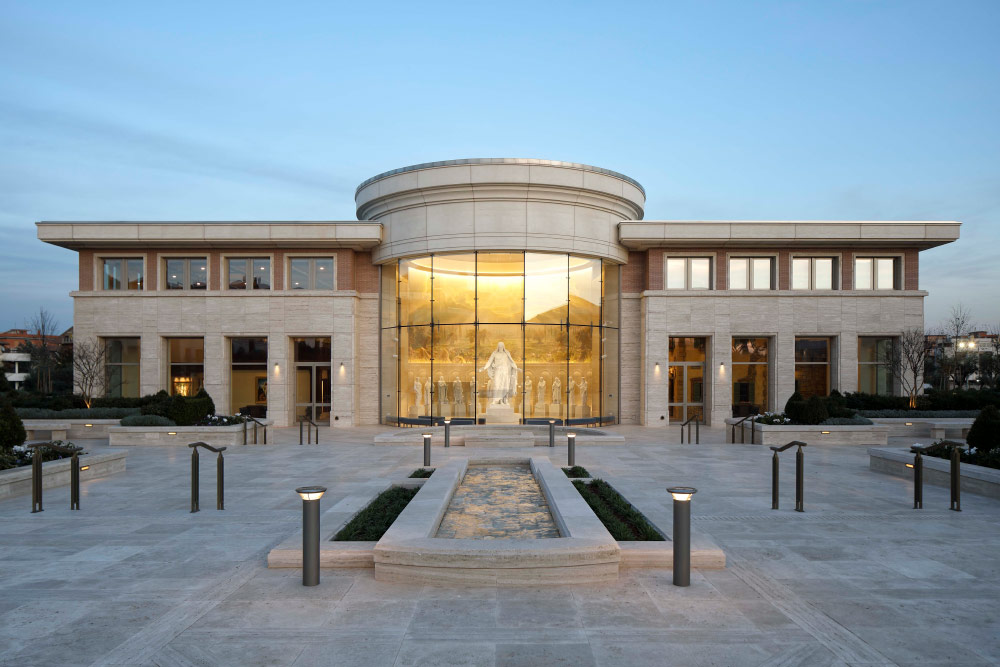 The Visitor’s Center next to the Rome Temple 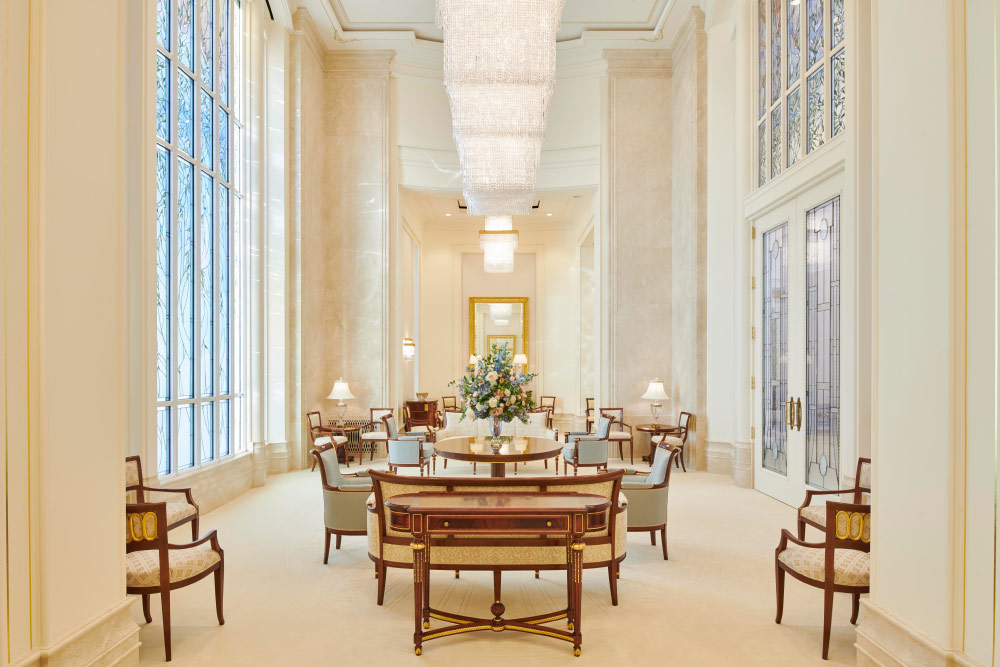 Another view of the Celestial Room in the Rome Temple 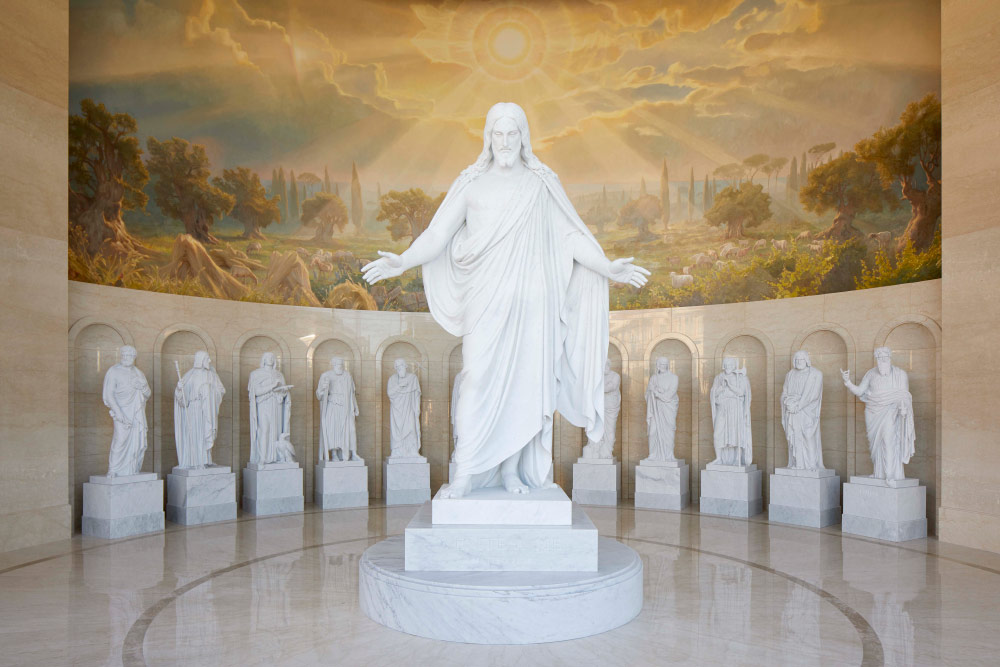 The Christus statue surround by statues of His 12 apostles, inside the Visitor’s Center near the Rome Italy Temple