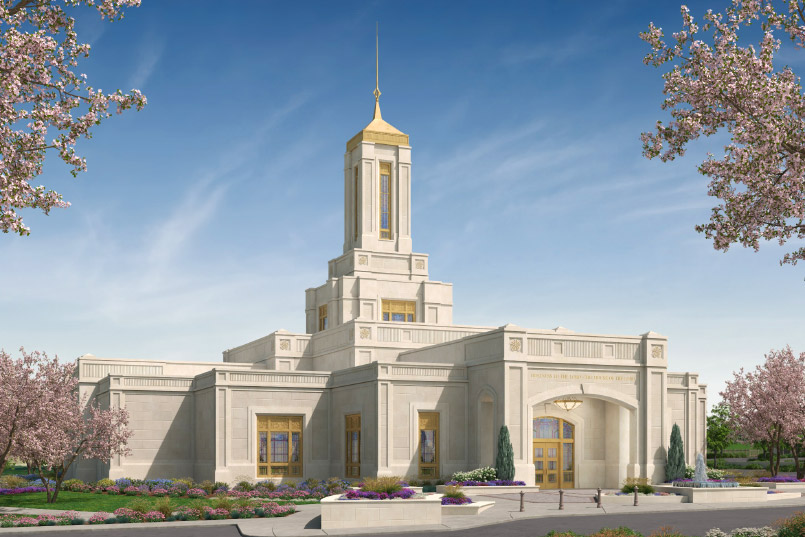 Short on the heals of the announcement of the site of the Tallahassee Temple, the location of the Pittsburgh Pennsylvania Temple has now been announced as well! The future temple will be built on a 5.8-acre site located at 2093 Powell Road in Cranberry Township (see map below). As you’ll see in the beautiful artist rendering that was also released (see above and below), the initial plans for the temple call for a single-story temple of approximately 32,000 square feet with a center spire.

We’re so happy for the Latter-day Saints in Pennsylvania, as this will be the second temple built in the state, following the Philadelphia Temple that was actually dedicated not all that long ago in 2016. But there is obviously a need for another temple in the state. There are more than 52,000 Latter-day Saints and 108 congregations in the entire state. The Pittsburgh Temple was announced during the April 2020 General Conference by President Nelson.

As is the case with all of these early announcements, the detailed design plans for the temple are still under development. Interior renderings and a groundbreaking date, as well as more information about the future temple, will be made public at a later time. In the coming months, project leaders will begin working with city officials to make plans more official.