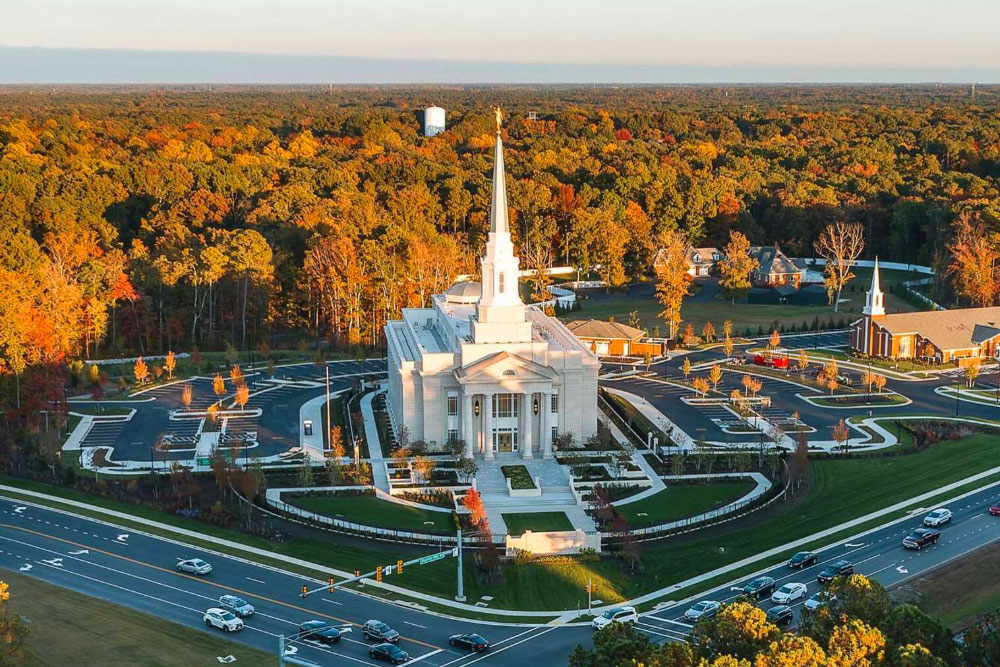 After what will be three years of construction, the Richmond Temple open house will begin on Saturday, March 25, and run until Saturday, April 15, 2023, except Sundays and Saturday April 1st (closed for General Conference).

Following the open house, the dedication of the temple will take place on Sunday, May 7, 2023, in three sessions. Elder Jeffrey R. Holland will preside at the dedication. The dedicatory sessions will be broadcast to all units in the Richmond Virginia Temple district.

The temple was originally announced in April 2018 by President Nelson, and the groundbreaking was held in the spring of 2020. So after five years of waiting, the Latter-day Saints in the area are surely very excited for this announcement and the dedication of the new temple, especially since this is the first temple to be built in Virginia.

After what will be nearly two years of renovations, the open house and rededication dates for the Columbus Temple were also announced. The free, public open house of the temple will go from Saturday, April 29, and go until Saturday, May 13, 2023, except Sundays.

After the open house, the Columbus Temple will be rededicated on Sunday, June 4, 2023, in three sessions. President M. Russell Ballard will preside at the rededication. The sessions will be broadcast to all units in the Columbus Ohio Temple district.

The temple was originally announced in April 1998 by then-President Gordon B. Hinckley. It was built quickly and then dedicated in September of the next year. The temple was then closed in March 2020 for extensive renovations, and the renovations are nearing their completion.

If you’d like to tour either of these temples before they are dedicated, free tickets/reservations will be made available through www.churchofjesuschrist.org as the open house dates get closer.