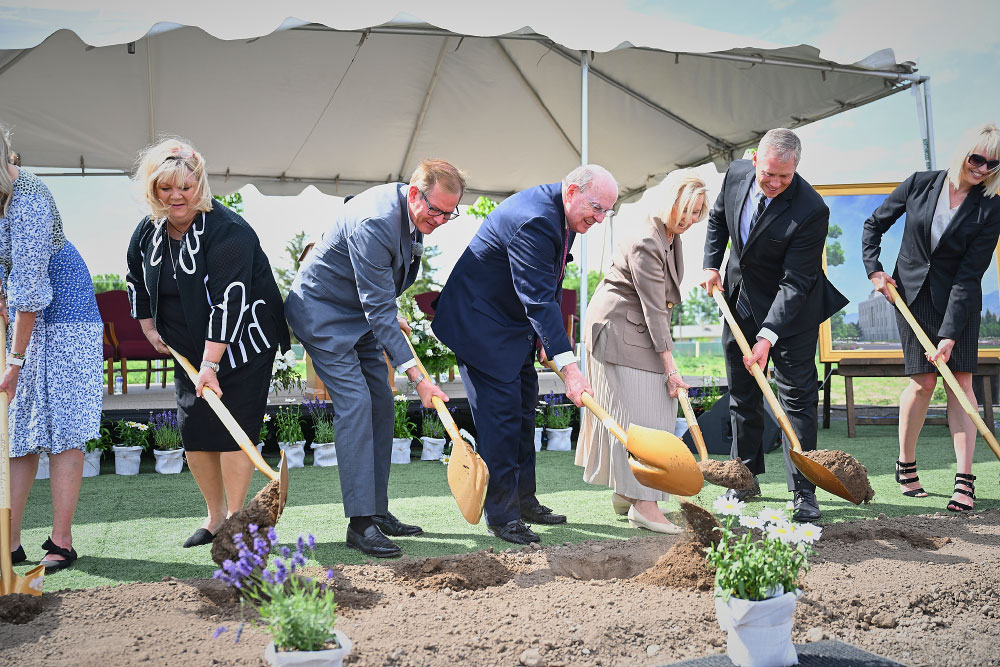 The groundbreaking ceremonies for both the Smithfield Utah Temple and the Yorba Linda California Temple were held yesterday, Saturday, June 18, 2022. 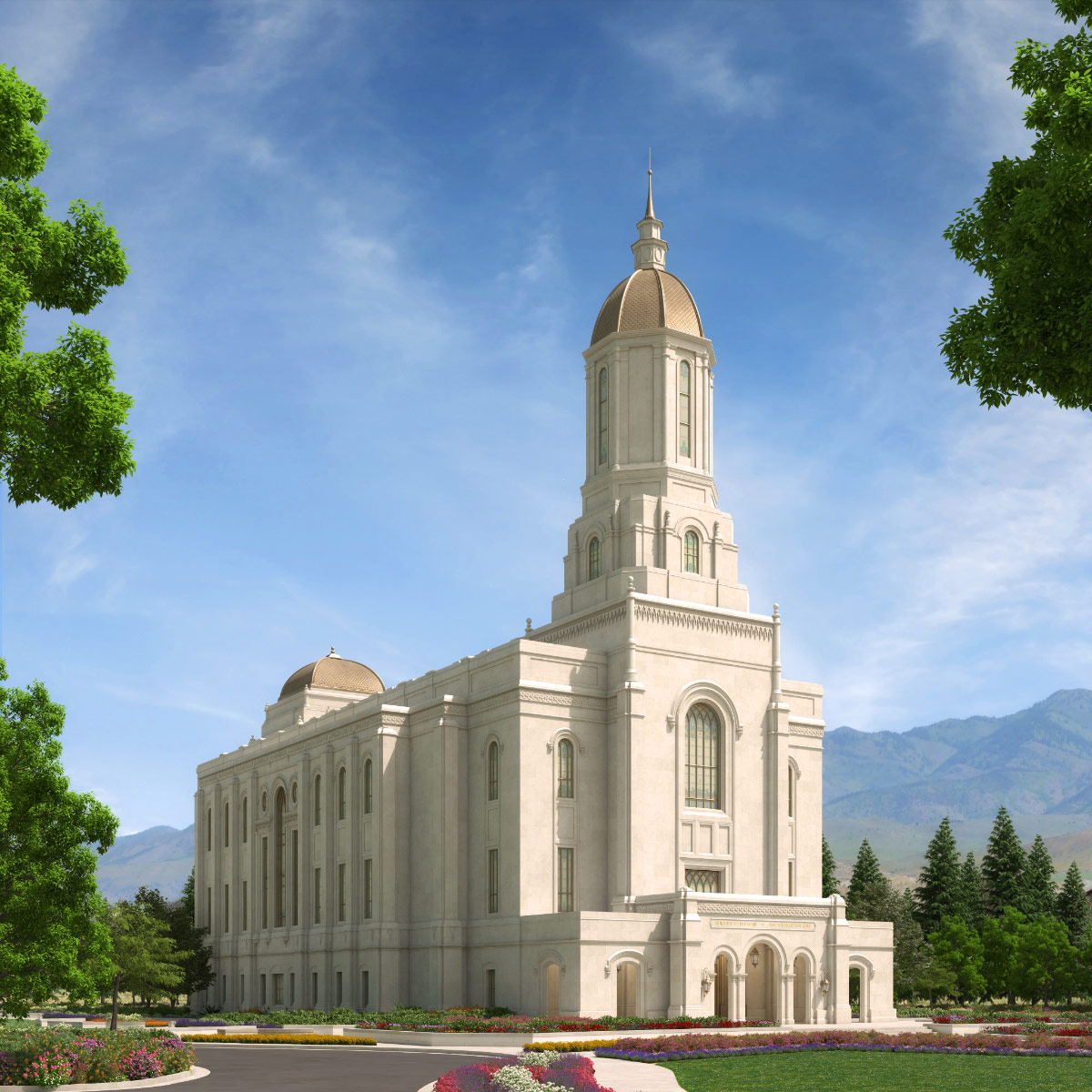 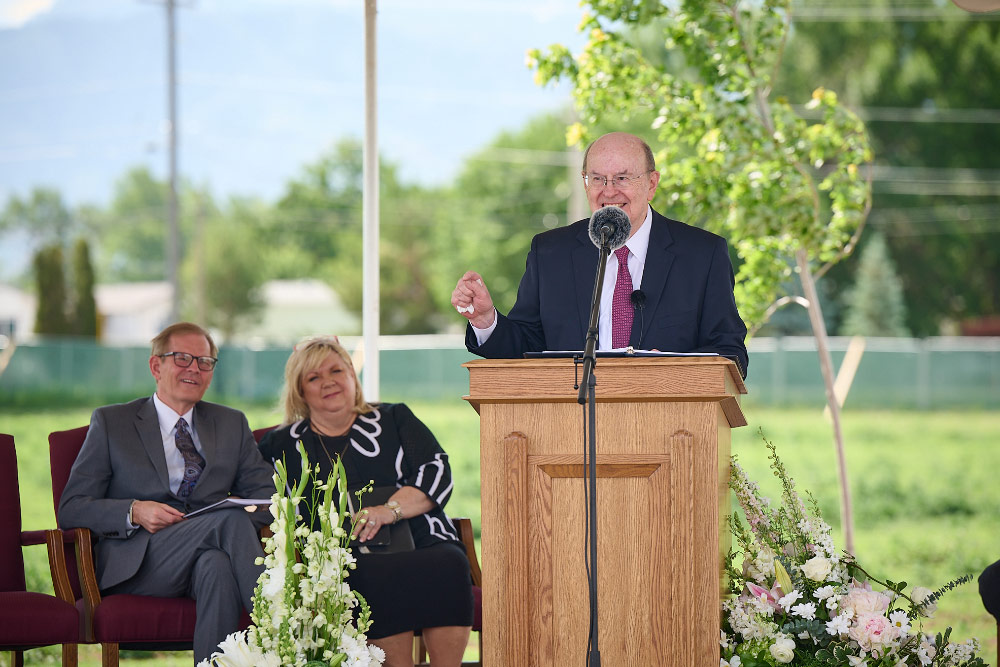 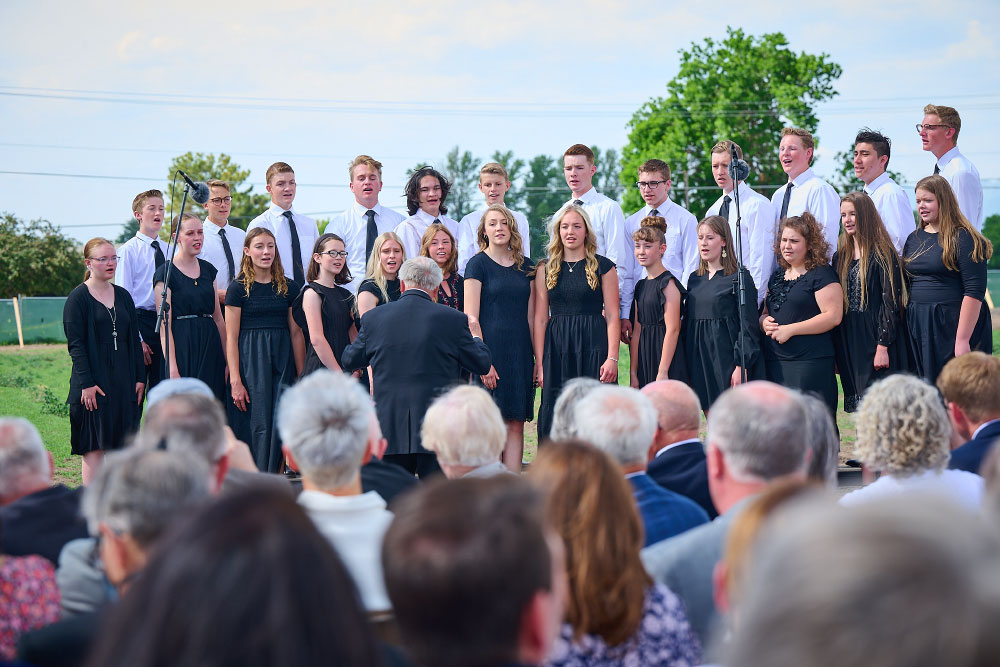 Elder Quentin L. Cook, of the Quorum of the Twelve, presided at the groundbreaking ceremony in Smithfield, just north of Logan. Elder Cook was accompanied by fellow Apostle Elder Gary E. Stevenson, who conducted the event. Both Apostles are originally from Cache Valley, where Smithfield is located.

“Our hearts are full of appreciation for those who have gone before us and who have laid the foundation for a temple in northern Cache Valley,” said Elder Cook in the dedicatory prayer. “We pray that this temple will be a beacon light for the communities it serves.”

“As we now break ground in preparation for the construction of the Smithfield Utah Temple, we express our sincere feelings of gratitude and joy,” Elder Cook continued. “We express our profound appreciation to [God] for the covenants and ordinances of the temple, which give us hope and bring us joy during all seasons and in all circumstances of life.”

The Smithfield Temple was one of twenty new temples announced by President Nelson during the April 2021 General Conference. The three-story building will be among the larger temples of the Church, at approximately 81,000 square feet. It will be a very large temple, especially considering the area it’s being built in! The site is located at the intersection of 800 West and 100 North. It will be the second temple in Cache Valley, following the Logan Temple. 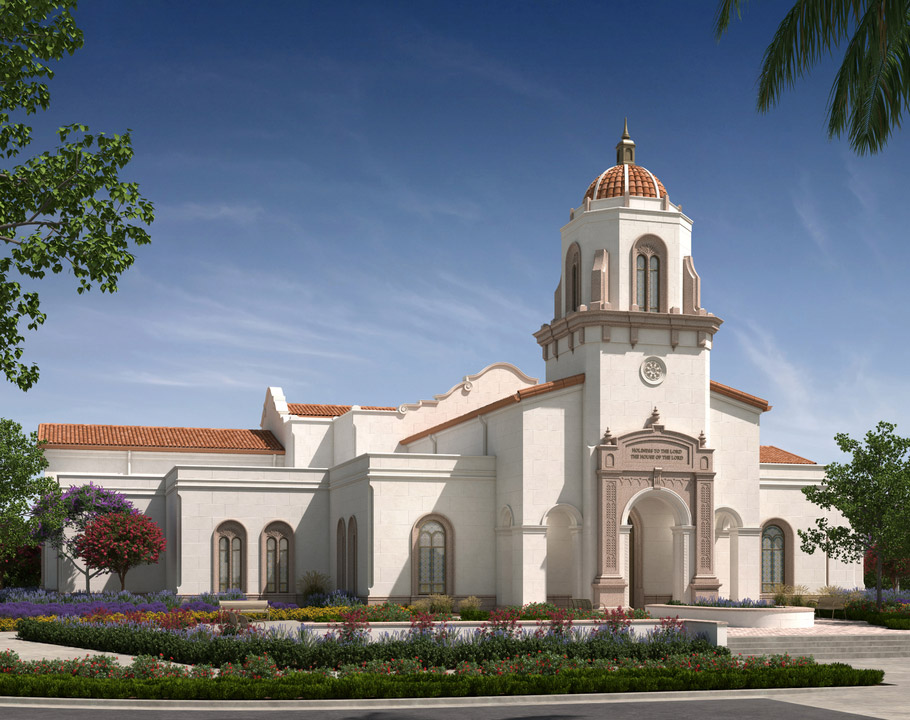 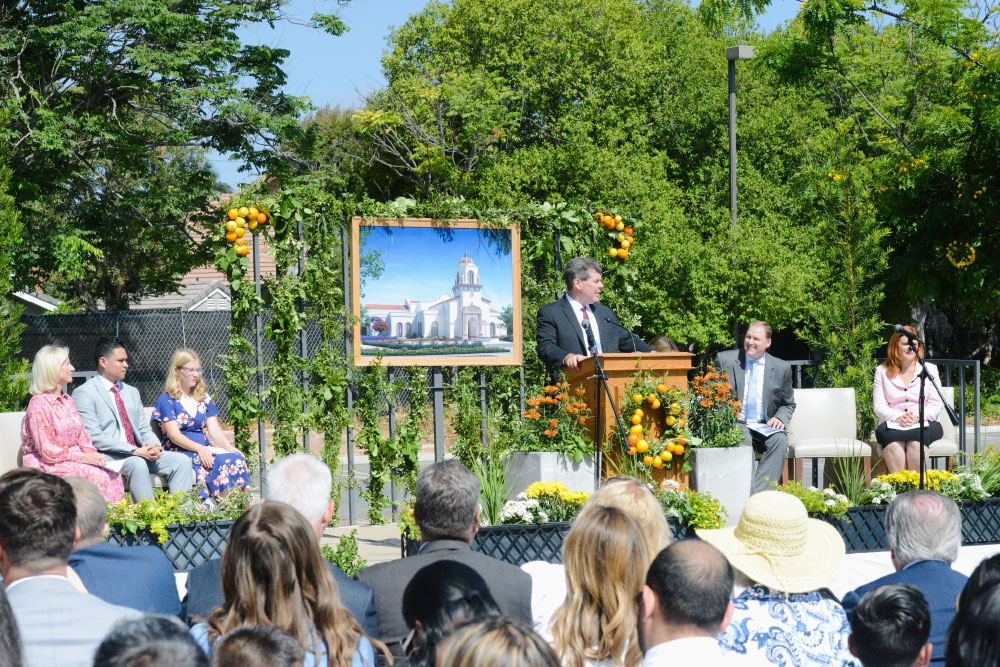 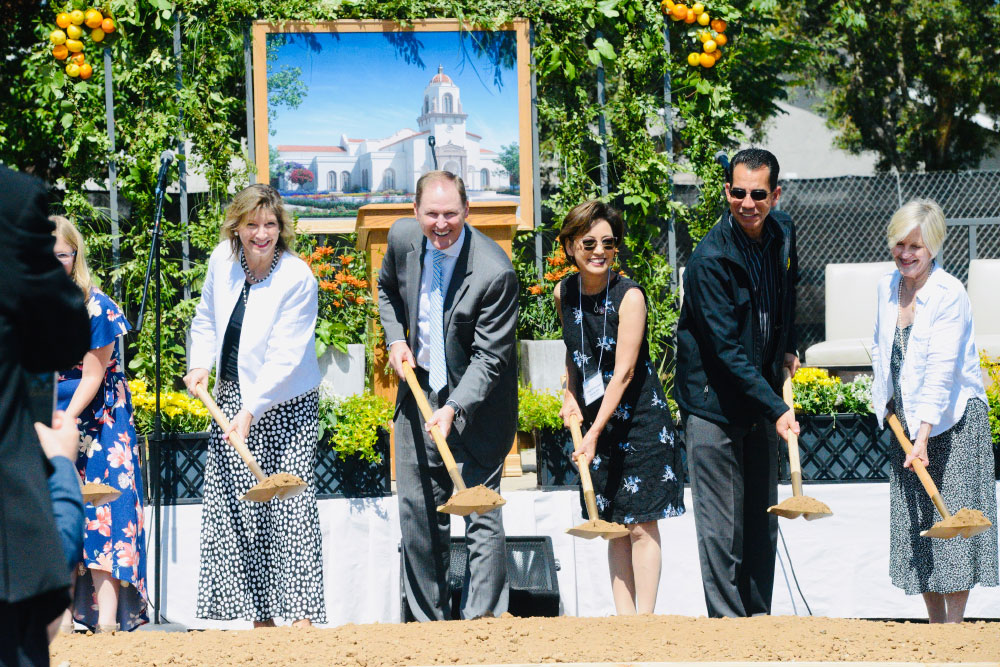 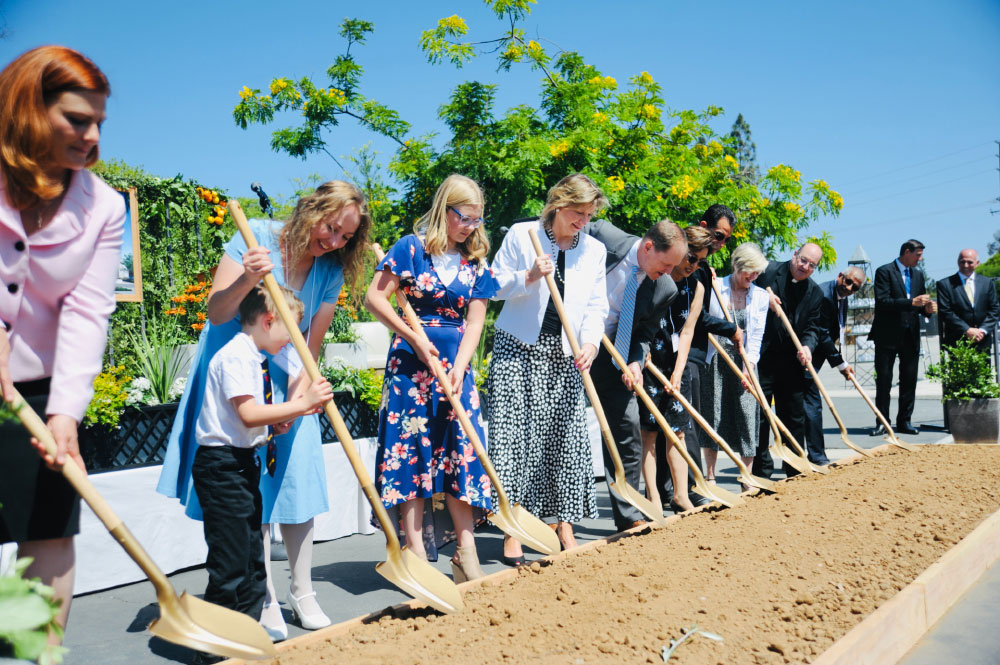 Elder Mark A. Bragg, a General Authority Seventy, presided at the groundbreaking ceremony for the Yorba Linda California Temple – the ninth temple in California, as well as the second temple in Orange County, following the Newport Beach Temple.

“Outside of Utah and Idaho, there is not another county in North America that will have two temples within its borders,” Elder Bragg noted. “It is unique and a manifestation of the growth of the Church in this part of the Lord’s vineyard.”

The Yorba Linda Temple was also one of the twenty new temples announced by President Nelson during the April 2021 General Conference. Its exterior design was recently changed due to local permitting and zoning requirements. It will not be a large temple, at about 30,000 square feet, but it’s not the size that matters. What truly matters is the work that is done inside the temple. It will be located at the intersection of Bastanchury Road and Osmond Street.