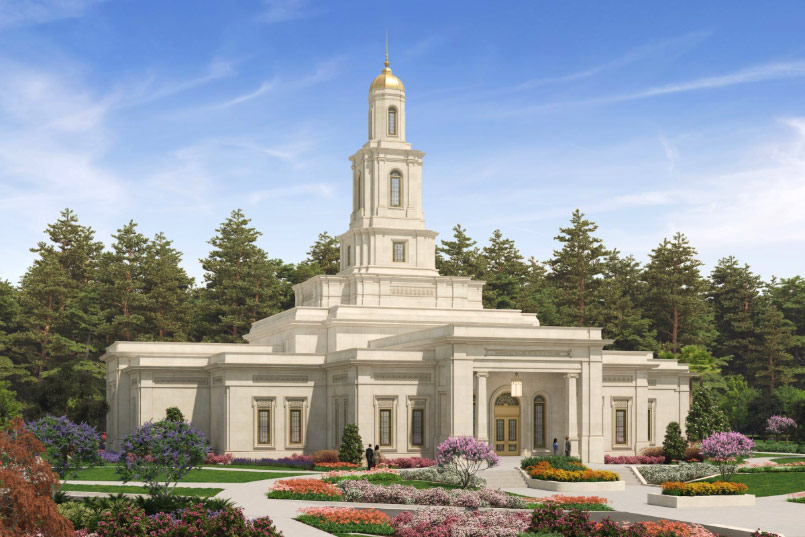 The year 2021 is starting off right, with the announcement of the location of the Tallahassee Florida Temple! It was announced last night that the future temple will be built on a 4.97-acre site located at 2440 Papillon Way, in Tallahassee, Florida (seen in the map above and click for a larger version below). As you can see from the beautiful artist rendering below, the initial plans for the temple call for a single-story temple of approximately 29,000 square feet with a center spire. Right now the construction project also includes building a nearby distribution center.

We’re so excited for the Latter-day Saints in Florida. The Tallahassee Temple was announced during the April 2020 General Conference by President Nelson. While the Tallahassee Temple will be the third temple in Florida, it will be the first in the far northern part of the state. Currently the members in the area have to travel to either the Atlanta Georgia Temple or the Birmingham Alabama Temple. So having a temple so close in Tallahassee will be a wonderful blessing for those in the area! There are more than 160,000 Latter-day Saints and some 260 congregations in the entire state, and a large portion of those are in the northern area.

Of course this is an early announcement, so the detailed design plans for the temple are still under development. Interior renderings, as well as more information about the future temple, will be made public at a later time. A groundbreaking date has also not yet been set. In the coming months, project leaders will begin working with city officials to make plans more official.