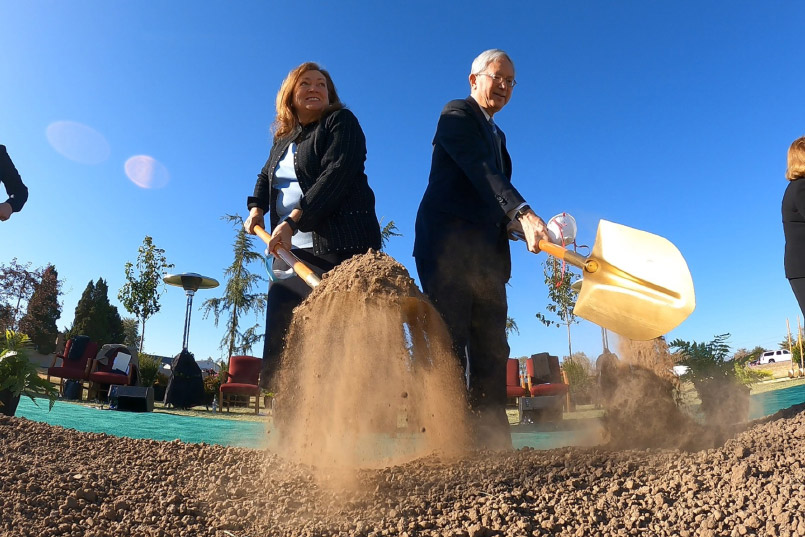 A small groundbreaking ceremony for the Taylorsville Utah Temple was held on Saturday, October 31, 2020. Elder Gerrit W. Gong, of the Quorum of the Twelve Apostles, presided at the ceremony and offered the dedicatory prayer. Because of local government Covid-19 restrictions, it was a small gathering. But it’s a wonderful step forward in the process of building the new Taylorsville Temple!

“Gathered in these times, in person and via technology, we acknowledge and rejoice with faithful generations, including in historic ‘over Jordan’ communities, who have, here at heart, made this valley home,” Elder Gong said in the dedicatory prayer. “We celebrate the continuing legacy and promise of their righteous lives and examples.”

Elder Gong continued, “Grateful roots and wings, we come as one from across our generations, communities, heritages and languages — one in heart and mind, one in the restored gospel of Thy Son Jesus Christ, one in the household of faith and fellowship of the saints.”

This event was a special one for Elder Gong because his wife’s father, Richard Lindsay, was the bishop of the congregation that built the meetinghouse that once stood on the site of the new temple.

“Our family has come to church, along with so many other families in the community, … for many generations,” said Elder Gong. “It’s such a special privilege to be connected that way; whether you’re first generation or sixth generation, this is still home.”

“We are grateful that temples are coming closer to the people everywhere,” said Elder Gong.

Currently there are 25 temples in Utah that are in operation, are being built, or have been announced. The Taylorsville Temple is one of two Utah temples that were announced by President Nelson during the October 2019 General Conference. The Orem Temple was also announced at the same time and just recently held its own groundbreaking ceremony in September. The Lindon Utah Temple has since been announced as well, during the October 2020 General Conference. But having so many other temples in close proximity does not diminish the eternal importance and significance of this sacred building. These temples will be such a wonderful blessing to all the Latter-day Saints in the area.

The Taylorsville Temple will stand strong on a 16-acre site at approximately 1471 South Geneva Road, west of Interstate 15 and south of University Parkway. It will likely be visible for miles around.

The Taylorsville Utah Temple will stand on a 7.5-acre site located at 2603 West 4700 South. Just like the other temples in the Salt Lake Valley, it will likely be visible for miles around. It will be a three-story structure at 70,000 square feet in size and will include a center spire, as you can see from the artist rendering below.

A video of the entire groundbreaking ceremony is available to watch, which you can view below.

We’re seeing so much progress being made on mo many of the temples here in Utah and across the country. The next few years will be busy ones! Of course we’ll continue posting updates as the work progresses on the Taylorsville Temple and others, so be sure to check back later as the months and years move along.

Below is the video and a few pictures of the event, plus the artist rendering of the future temple: 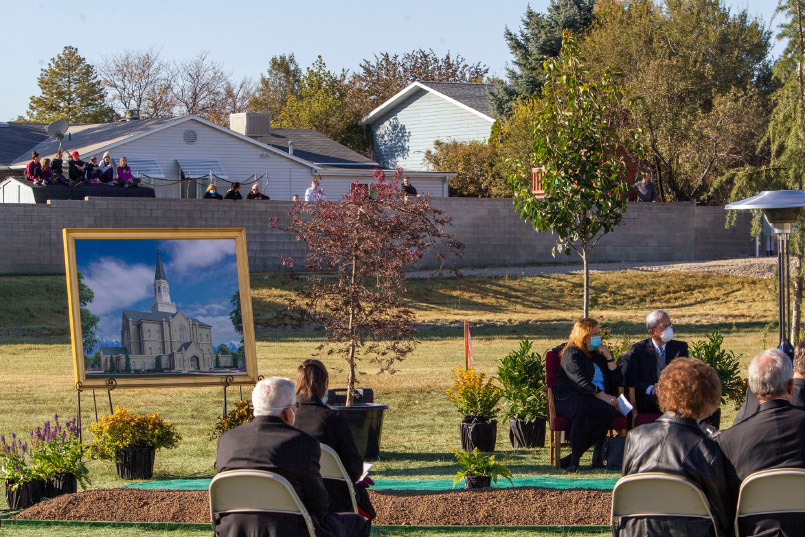 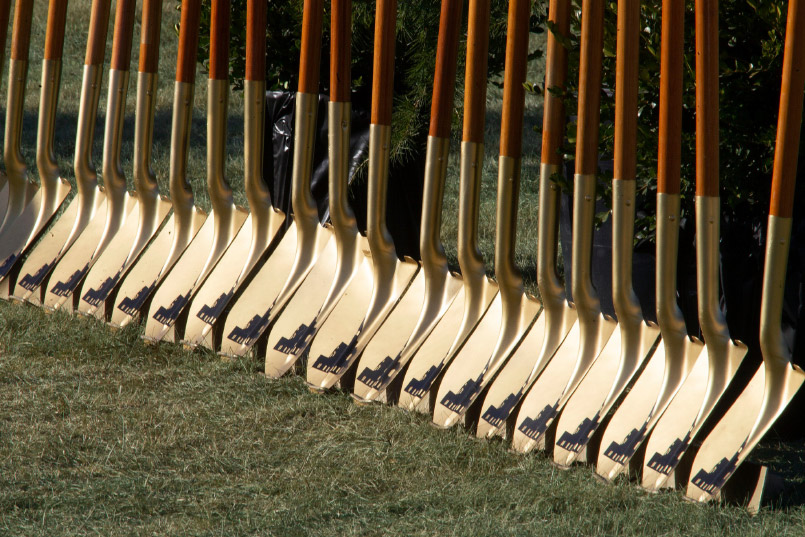 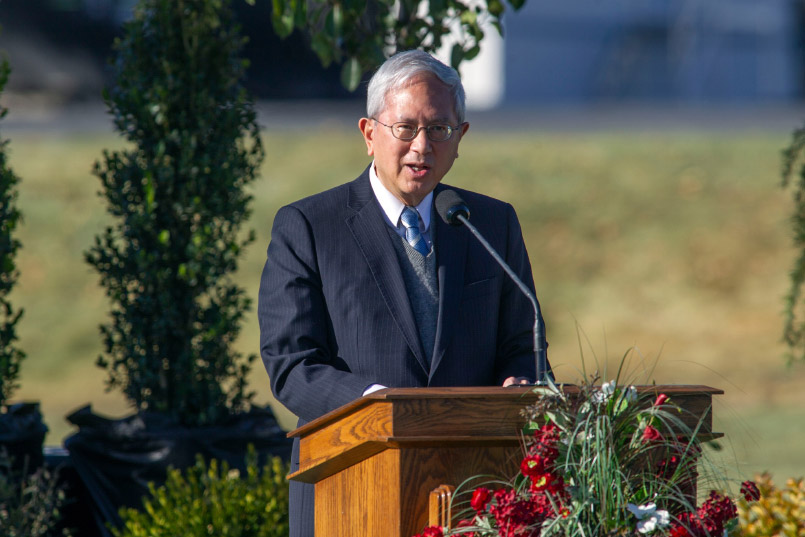 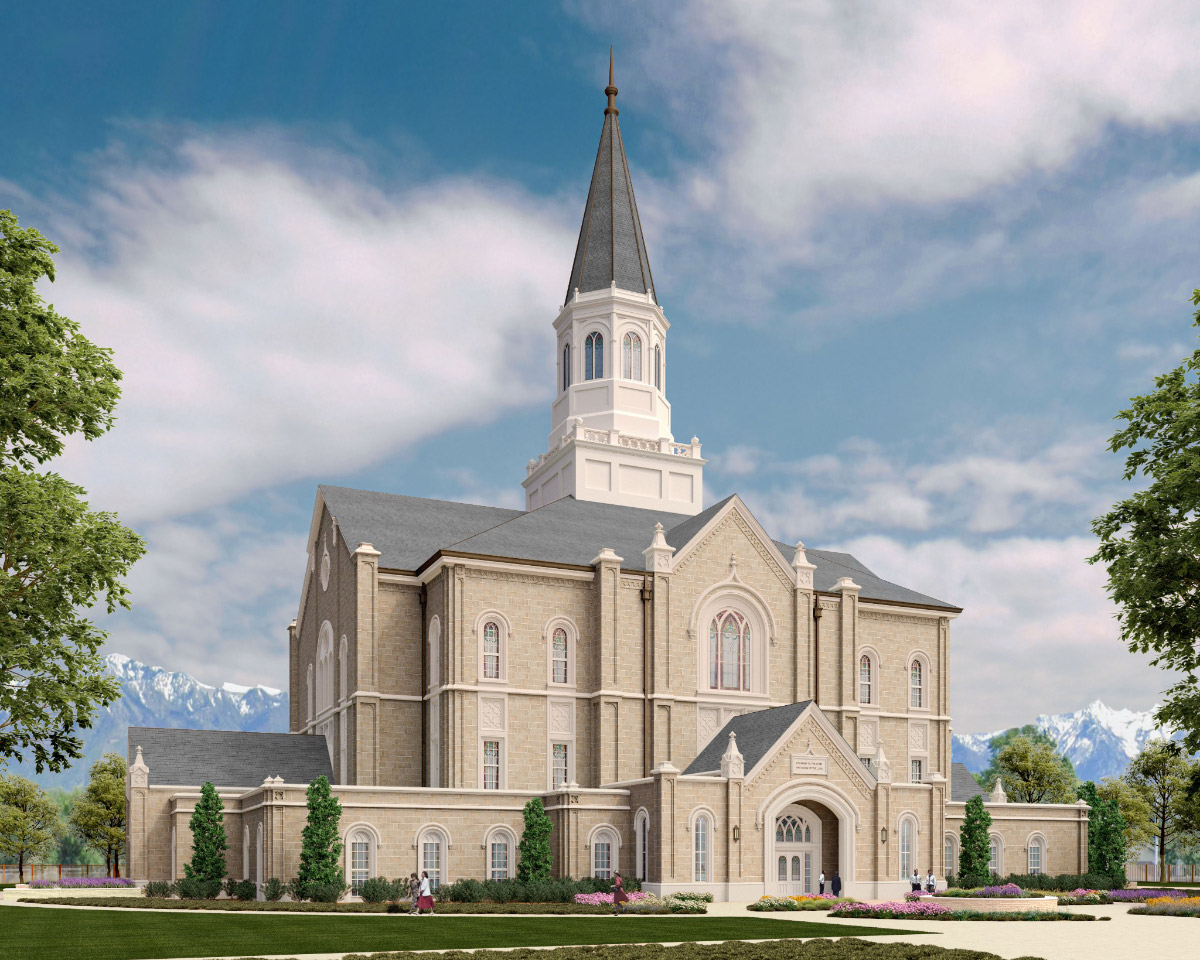