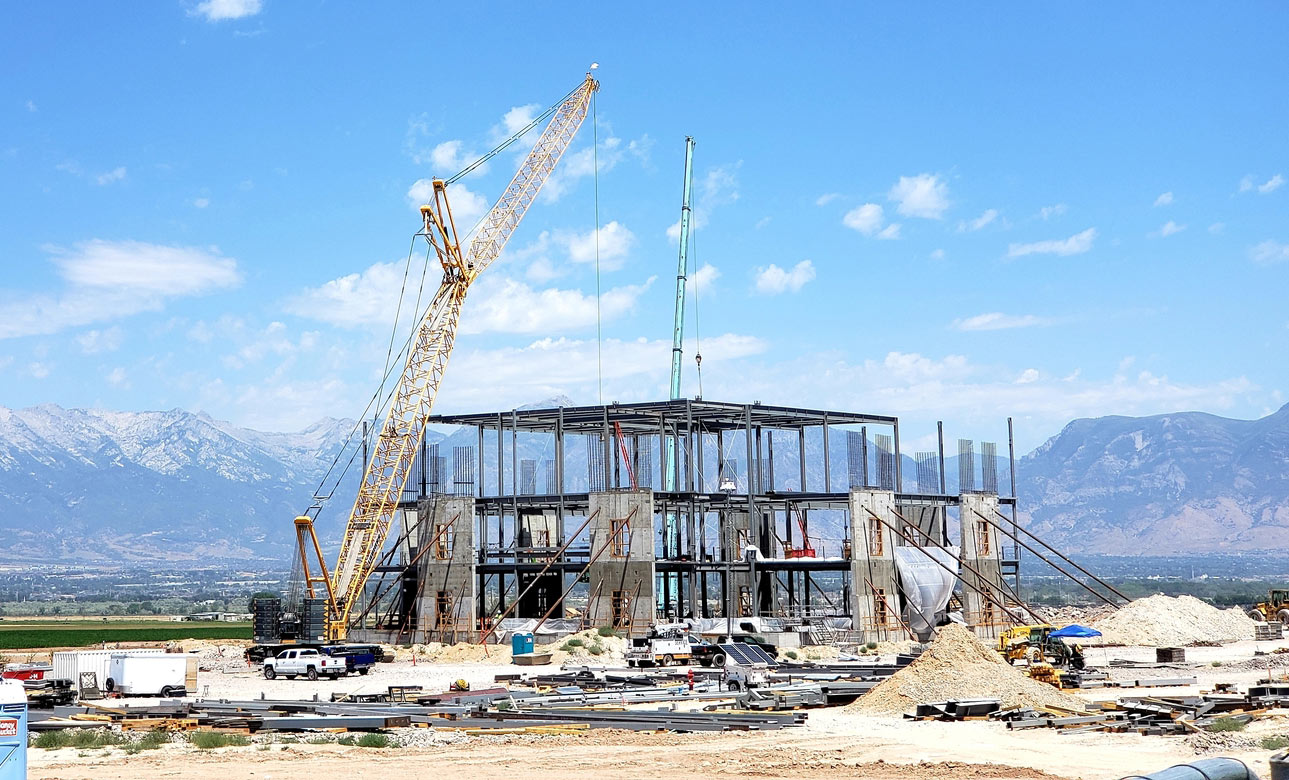 There are so many temples being built or renovated right now! And that makes for wonderful news all across the country. Summer is always a busy time for construction, and that’s no exception for all the temples. And we’ve got a lot to share today! We have brief updates for the Salt Lake Temple, Richmond Temple, Saratoga Springs Temple, Washington DC Temple, Feather River Temple, and the Red Cliffs Temple (formerly named the Washington County Temple). Details below!

6 Months of Renovations on the Salt Lake Temple

Always big in the news is the progress that is being made on the Salt Lake Temple. A lot of demolition has been going on, but things must be torn down in order to be built anew. Seen in the photo above, the north wall of the temple with the sealing room wing has been removed after more than 50 years of use. Of course that addition will eventually be rebuilt, but only after seismic improvements have been made.

The renovations have been going on for just over six months, and many changes have already been made. Scaffolding now surrounds the temple spires, and the project is just starting. There’s still around three and a half years left, and we’re excited to see what comes next!

Progress is finally underway at the Richmond Virginia Temple, where building permits were recently issued. Heavy equipment has started clearing the temple site and the site of the adjacent meeting house. Everything is just in its beginning stages, and surely we’ll see significant progress in the coming months.

We haven’t shared news about the Saratoga Springs Utah Temple in a while! Amazing progress has been made on the steel framing of the structure. It’s already reached the third level, and floor decks are already being put into place for the main and second levels. Concrete walls are also going into place on each side of the building.

We somehow missed reporting this news about the Washington DC Temple open house. On June 17, 2020, it was announced that the “because of concern for the effects of COVID-19, the open house, youth devotional, and rededication of the Washington D.C. Temple are postponed until large public gatherings are deemed safe.” The public open house was originally scheduled to begin in September 2020.

Progress also continues to be made on renovations that are nearing completion. The water features at the temple are now operating, including a circular fountain in front of the temple and an infinity-style reflection pool near the visitors’ center. Beautiful landscaping has also filled the grounds. We can’t wait to visit this temple once the renovations are complete!

The groundbreaking ceremony for the Feather River California Temple is scheduled to take place this Saturday, July 18, 2020. And as you can see in the photo above, in preparation for the event, all of the former structures on the temple site have been demolished and removed.

As was likely expected by many people, the Washington County Utah Temple has now officially be renamed to the Red Cliffs Utah Temple. And as you can see in the picture above, preliminary construction has been underway at the temple site for the past few months, significantly raising the grade of the property.
Share: