The Oakland Temple is Rededicated by President Oaks 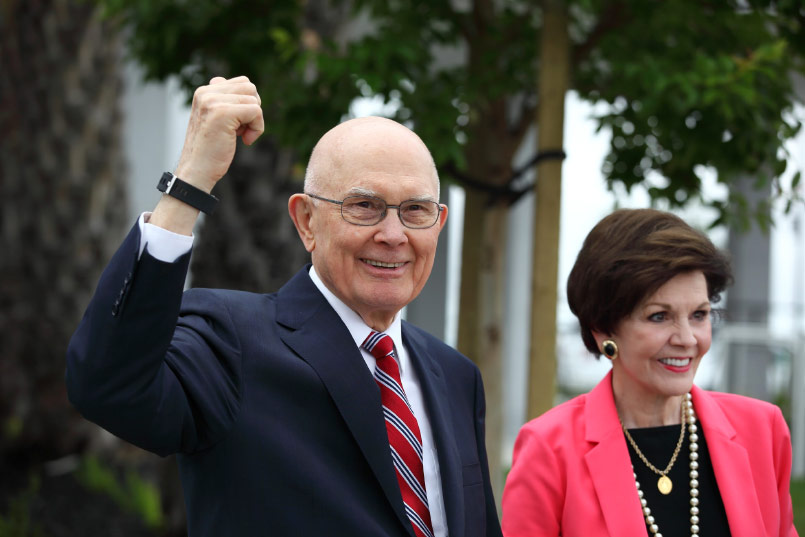 The Oakland Temple is Rededicated by President Oaks

The temple was rededicated under the direction of President Dallin H. Oaks, first counselor in the First Presidency. The rededication took place after nearly a year and a half of renovations and a public open house. More than 123,000 people were able to see inside the 55-year-old temple throughout most of May during the open house and learn why we build temples.

“I’m astonished at the beauty of what has been done in the restoration of the Oakland Temple,” President Oaks said during a special devotional on Saturday. “What is here is a remarkable house of the Lord in the quality of the architecture, in the quality of all the finishing of the various rooms and in the beauty overall. It is marvelous, and it’s accentuated by extraordinarily beautiful original art that has been added during the restoration.”

“People are drawn, not just to the beauty of this place. You feel something when you come onto the grounds of the temple,” Elder Bednar also said during the devotional. “And so, they may not know what that is, but they certainly like it. It’s more than just a beautiful picture. There’s a spirit that accompanies this place, and those who are not of our faith are drawn to that very strongly.”

The Oakland Temple is the 13th temple around the world to undergo renovations. It was the second temple built in California (following the Los Angeles Temple) and currently serves Latter-day Saints from 31 stakes in Northern California. The temple is one of seven temples in the state, with an eighth that was announced to be built in Yuba City.