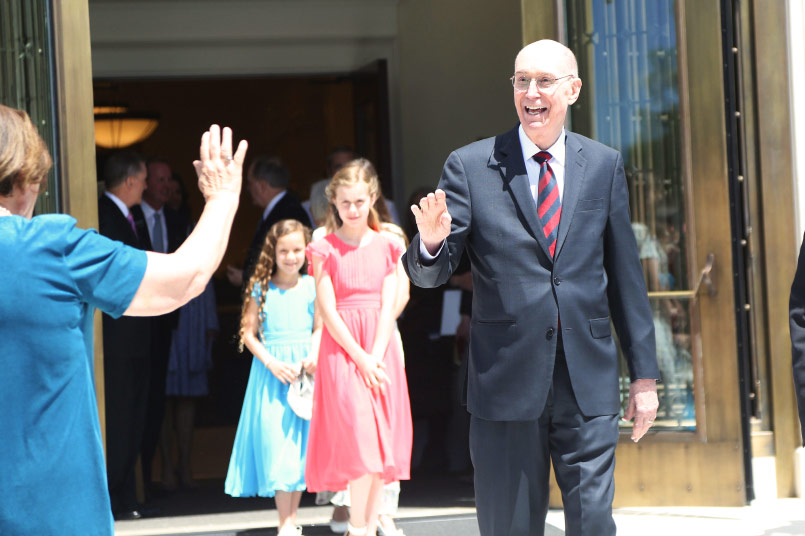 Yesterday, May 19, 2019, marked a wonderful day for the people in the Oklahoma City Temple’s district – the rededication of the temple! We also failed to report that the Memphis Temple was also rededicated a couple weeks ago, on May 5, 2019!

The Oklahoma City Temple closed on October 15, 2017, for the extensive renovations. Now that the work has been completed, President Henry B. Eyring, second counselor in the First Presidency, rededicated the sacred structure on May 19th.

During the service, President Eyring said he prays the members of the Church will remember this day. “It will benefit our ancestors,” he said. “Don’t forget that our ancestors are real. They are waiting and when we do their [temple] work, the warm feeling [we feel] is the Spirit. That warm feeling will stay with you forever.”

The Memphis Temple closed in October, 2017, for the extensive renovations. With the work having now been completed, Elder Jeffrey R. Holland of the Quorum of the Twelve Apostles rededicated the temple on May 5th.

The temple was originally dedicated on April 23, 2000, by President James E. Faust, then-second counselor in the First Presidency of the Church.