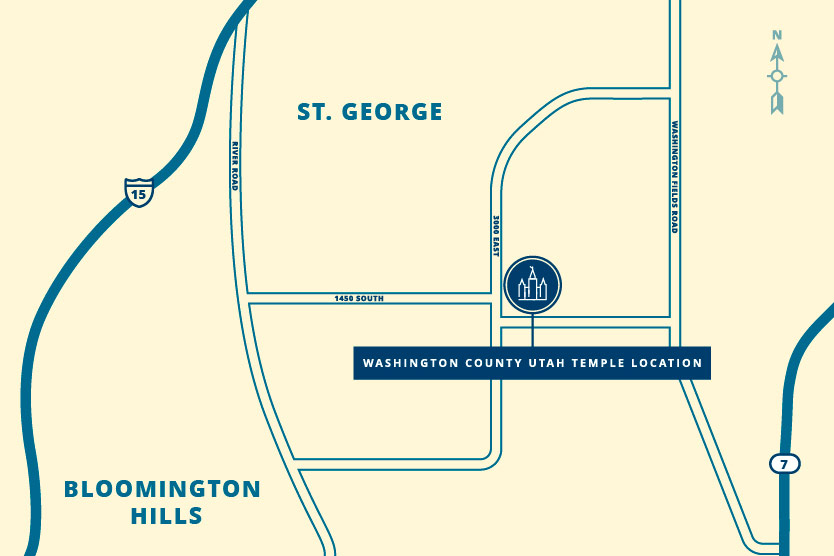 President Russell M. Nelson announced that a second temple would be built somewhere in Washington County during October 2018 general conference, but we’ve been waiting on an exact city. This area of St. George is continuously expanding, so building a new temple here will allow many Latter-day Saints to serve even more.

“Many people are moving here,” said President Daniel K. Frei, Santa Clara Utah Stake president, when the Washington County Temple was announced. “We do have a temple, but only so much work can be done, and a lot of temple work is being done. We are already at capacity.”

Of course this is just an early announcement, so more detailed design plans for the temple are still being developed. Interior renderings, as well as more information, will be made public at a later time. A groundbreaking date has not been set yet either. In the coming months, project leaders will begin working with city officials to make plans more official.