Why the Angel Moroni Tops Most LDS Temples 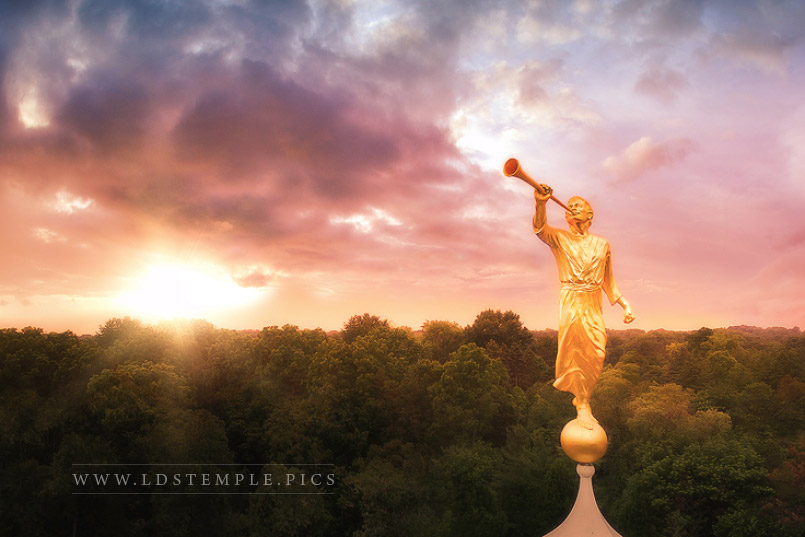 Why the Angel Moroni Tops Most LDS Temples

(Feature photo of the Nauvoo Temple by Alan Fullmer)

If you’ve ever seen a temple, you’ve probably seen a golden statue standing on top of it. Unless you visited one of the eight temples that do not have a statue, the statue you saw was of Angel Moroni. Have you ever wondered why he stands atop so many temples?

Why is he on so many temples?

Because the angel Moroni had such a significant role in in restoring the everlasting gospel to be preached to all the world, we now place his statue atop the temples. He is shown as a herald of the Restoration to usher in the 2nd coming of Jesus Christ.

Dedicated in 1893, the Salt Lake Temple was the first temple topped with an angel that was formally identified as Moroni. It was hammered out of copper and covered with 22-karat gold leaf. The statue is over 12 feet tall and stands on a stone ball on the 210-foot central spire on the east side of the temple. The Los Angeles Temple and then the Washington DC Temple were the next temples to receive angel Moroni statues.

Why not all the temples?

Once in a while, building codes, architectural designs, or possible cultural misconceptions prevent the use of an angel Moroni statue. There are 9 temples in the world that do not have a statue: Paris, Cardston, Hamilton, Laie, Logan, Manti, Mesa, Oakland, and St. George.

Temples that received a statue later

There are a number of temples that got an angel Moroni statue years after their dedications. The first one was the Idaho Falls Temple, which received its statue nearly 40 years after the dedication! Then in the 2000’s, several angel Moroni statues were added to temples without them, including the Ogden Utah, Provo Utah, Freiberg Germany, São Paulo Brazil, Tokyo Japan, Bern Switzerland, and London England Temples.