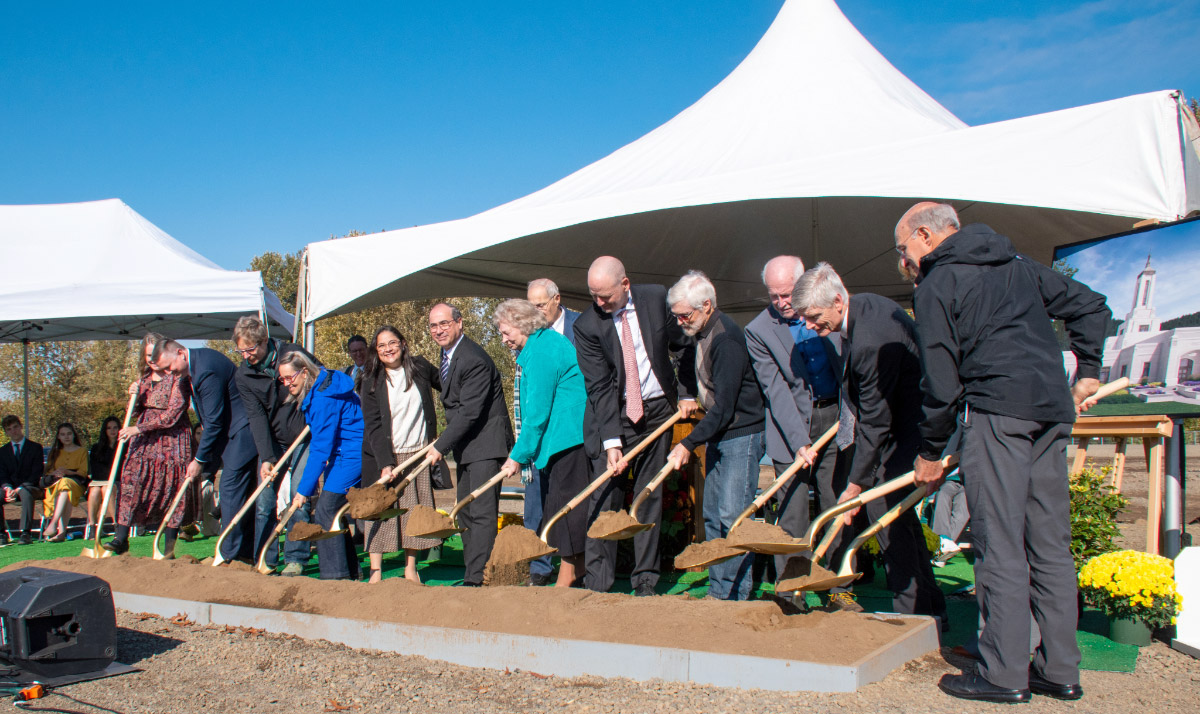 A wonderful groundbreaking ceremony for the Willamette Valley Oregon Temple was held this last weekend, on Saturday, October 29, 2022. Elder Valeri V. Cordón, a General Authority Seventy and first counselor in the North America West Area Presidency, presided at the ceremony and offered the dedicatory prayer.

“We pray that the temple will be a beacon of hope and peace that inspires this community to come unto Christ even in its construction phase,” said Elder Cordón in the dedicatory prayer.

He also paid tribute to the Latter-day Saints of Oregon, both past and present. “We acknowledge the first saints who came to this valley to live peacefully in their humble circumstances,” said Elder Cordón. “We are grateful for the faithful saints who live in this area for their sacrifice, devotion and obedience.”

The Willamette Valley Temple was one of 20 temples announced by President Nelson during the April 2021 General Conference. The temple will be among the mid-sized temples of the Church, at around 30,000 square feet, and will be located at the intersection of International Boulevard and Corporate Way in Springfield, Oregon, a suburb of the city of Eugene. It will be the third temple in Oregon, following the Portland Temple and the Medford Temple, and it will serve more than 30,000 Latter-day Saints in central-western Oregon.

We’re excited to watch the progress that will now be made on the construction of this beautiful temple!It will be a blessed time for the Latter-day Saints in the area of the new temple!

Below is a video of the groundbreaking ceremony, as well as a few pictures from the event and the original artist rendering of the future temple. 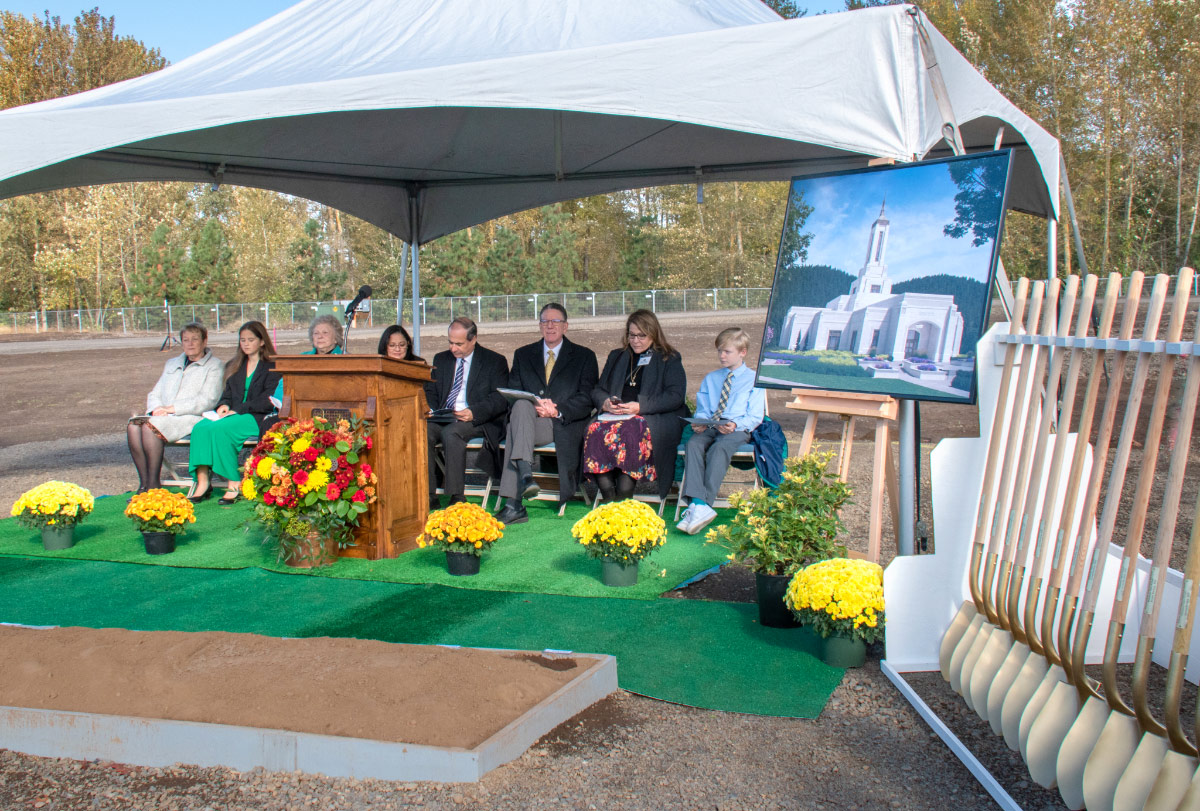 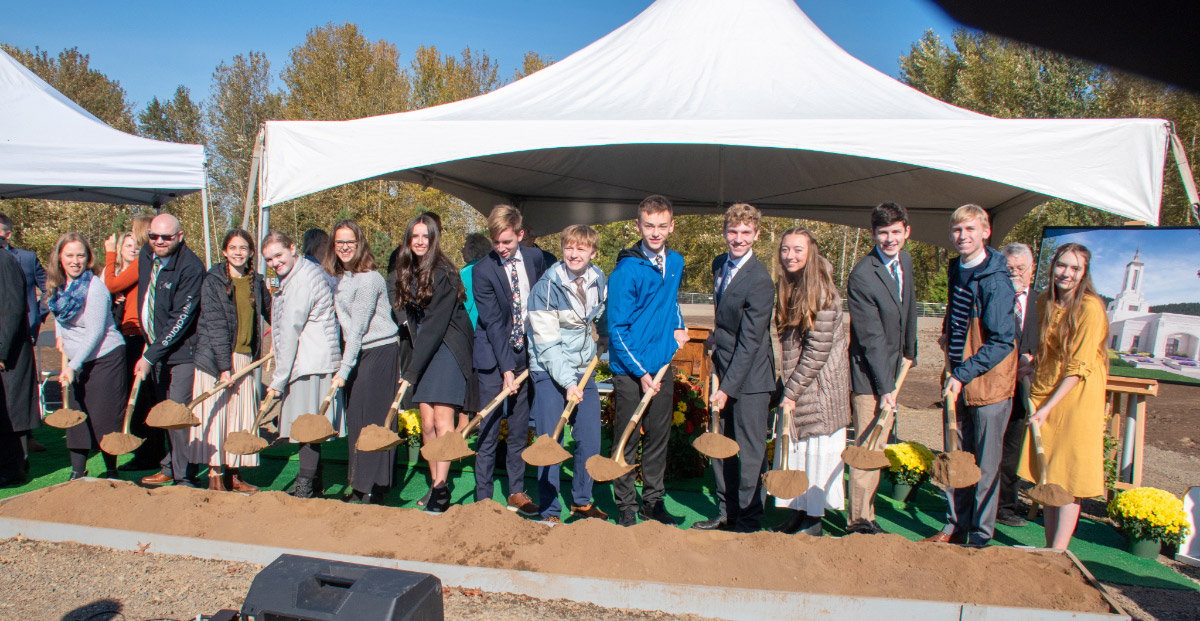 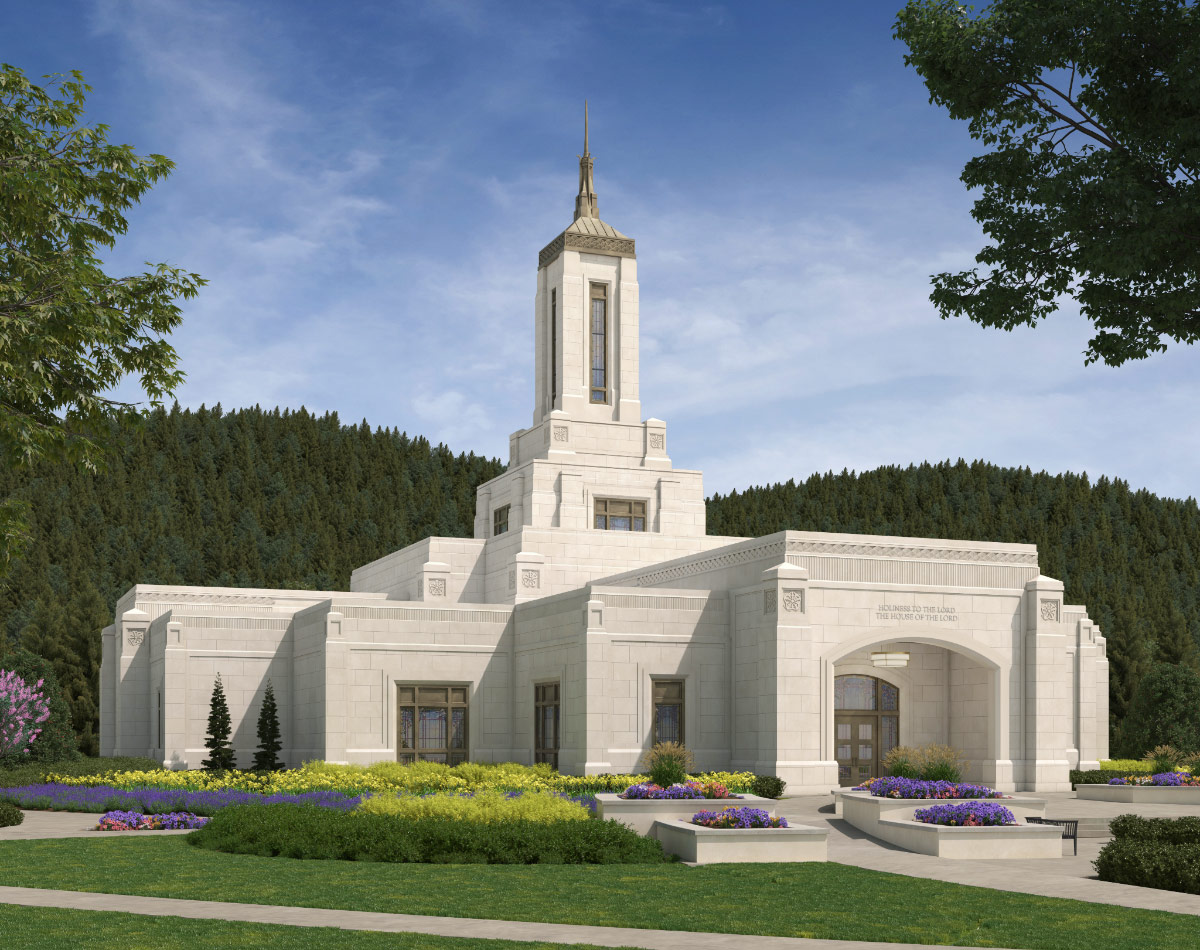