This old tabernacle … is being elevated to a higher purpose.

The Provo City Center Temple is the 150th temple of The Church of Jesus Christ of Latter-day Saints (Mormon or LDS Church). It was built on the same site as the former Provo Tabernacle in Provo, Utah. There was over a century of Church and community history in the Provo Tabernacle, which was completed in 1898. The beautiful new temple was constructed from most of the external shell of the original tabernacle, since the shell was all that remained of the building after a fire in December 2010. The fire destroyed most everything inside the building except the exterior walls.

After nearly four years of work, the temple was dedicated on March 20, 2016 by Dallin H. Oaks.

It’s a magnificent structure; it’s a beautiful temple, a rare gem in the community. It's truly worthy of a title to be a house of the Lord. 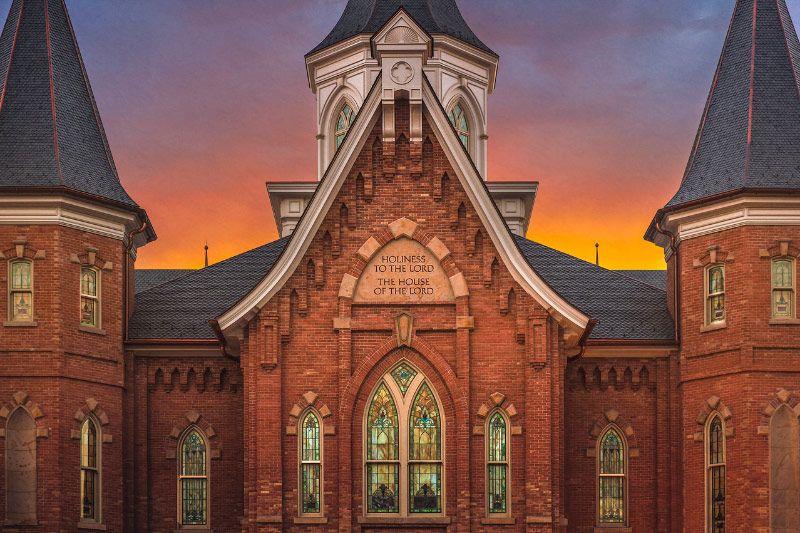 The front of the temple and its beautiful stained glass windows. 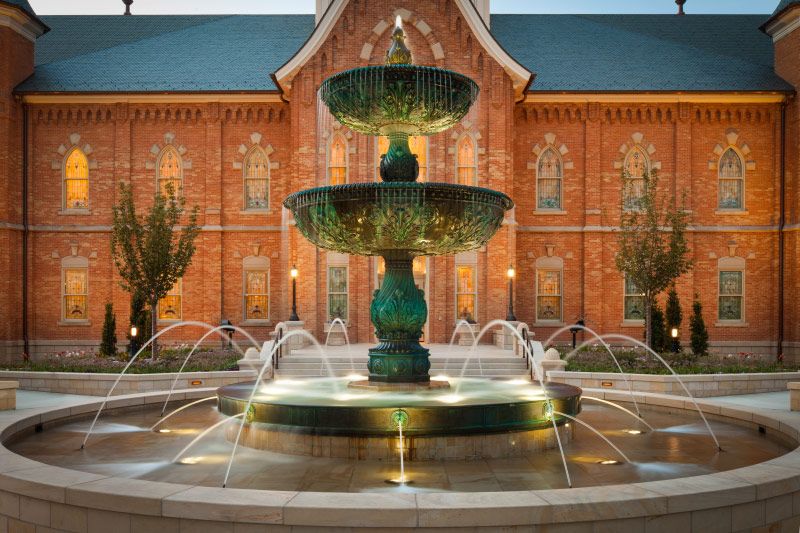 The fountain to the south of the temple. 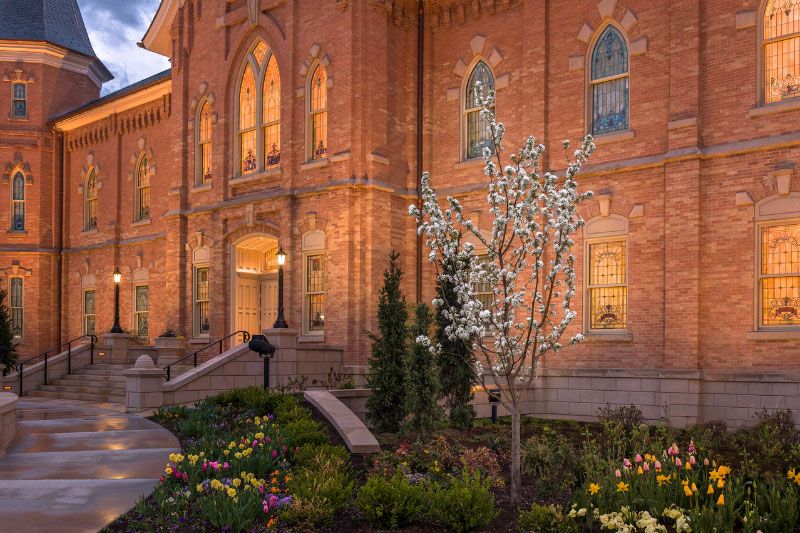 The north entrance of the temple.

The Provo City Center Temple was the sixteenth temple in Utah It is also the fourth built in Utah County and the second in Provo. The first temple in Provo was the Provo Utah Temple, dedicated in 1972.

The Provo City Center Temple was the fourth temple reconstructed from an existing building and the second built from a tabernacle. The first was the Vernal Utah Temple.

The Provo City Center Temple structure includes stained glass, finials, and other hardware that was salvaged from the remains of the Provo Tabernacle and restored to its proper functionality and beauty.